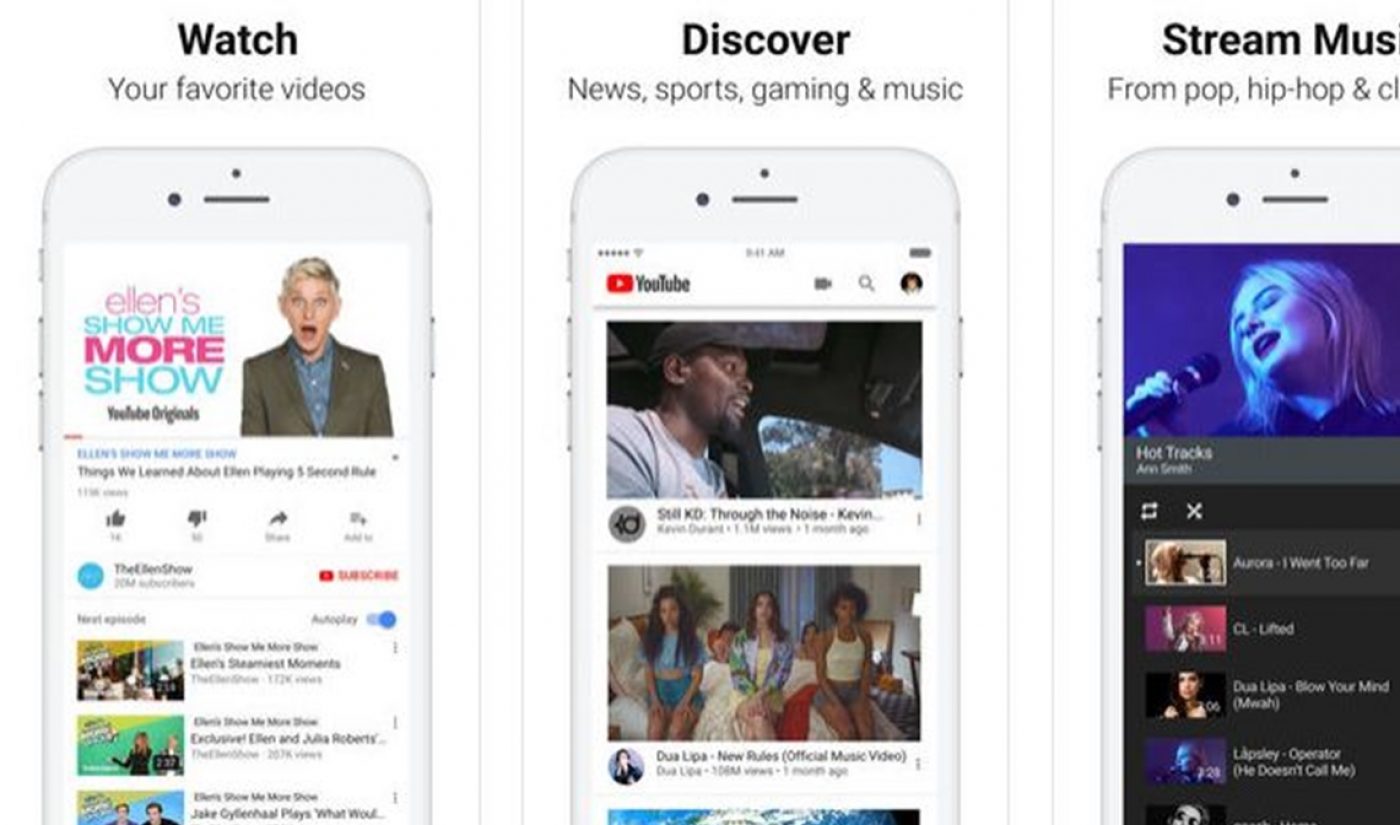 For the first time in eight years, YouTube became the top-grossing iPhone app in the U.S. yesterday — an auspicious sign for two-year-old subscription service YouTube Red as well as the more nascent Super Chat feature, which enables viewers to tip creators during live streams.

Prior to yesterday, YouTube had only reached as high as the No. 3 spot, Techcrunch reports, citing data from app analytics firm Sensor Tower. Upon the launch of YouTube Red in 2015, the app shot to the No. 6 spot, bringing in an estimated $100,000 to $300,000 per day on iPhones (iPad sales not included). A YouTube Red subscription is priced at $12.99 on iOS devices — a premium over the $9.99 base price given that Apple takes a 30% cut of all in-app purchases.

Last month, Techcrunch reports that the YouTube iOS app grossed $14 million — a 133% increase over February 2017. Total gross since YouTube launched in-app monetization in 2015 is more than $200 million. The top purchases within the YouTube app, according to Sensor Tower, are Red and Super Chats — which YouTube launched in January 2017, enabling fans to pay for live stream comments that are extra visible. This would suggest that, in a crowded field, YouTube is building a formidable live marketplace.