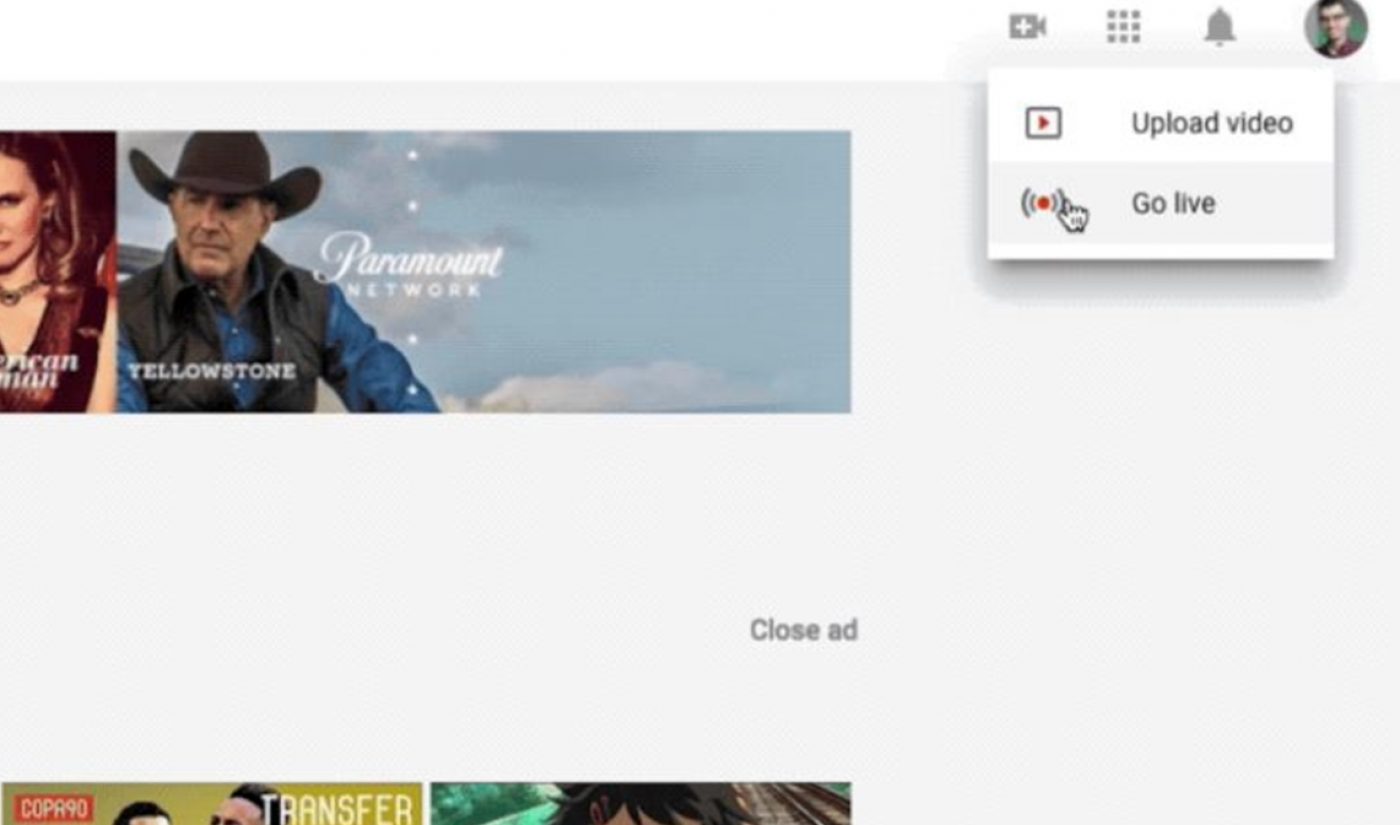 YouTube tapped Oakland Raiders quarterback Derek Carr, who operates an active channel for career and life updates with some 26,000 subscribers, to announce the latest update for its Live video product.

During a live stream, Carr — who’s been testing out the new feature for months, he says — shared that broadcasters will now be able to launch streams directly from their webcams or computers without the need for any additional setup or encoder software. “It’s super simple — just a few clicks,” Carr said (see below). To access the new feature, which is available on Chrome today and arriving on other browsers soon, Carr advised creators to visit youtube.com/webcam, or simply click ‘Go Live’ from their channel headers to initiate a stream instantly.

In a blog post, YouTube added that it’s making it easier for creators to launch live streams from mobile devices as well by enabling broadcasts directly from the camera app on select phones — including those made by Asus, LG, Motorola, Nokia, and Samsung. This ability will roll out in coming months, YouTube says.