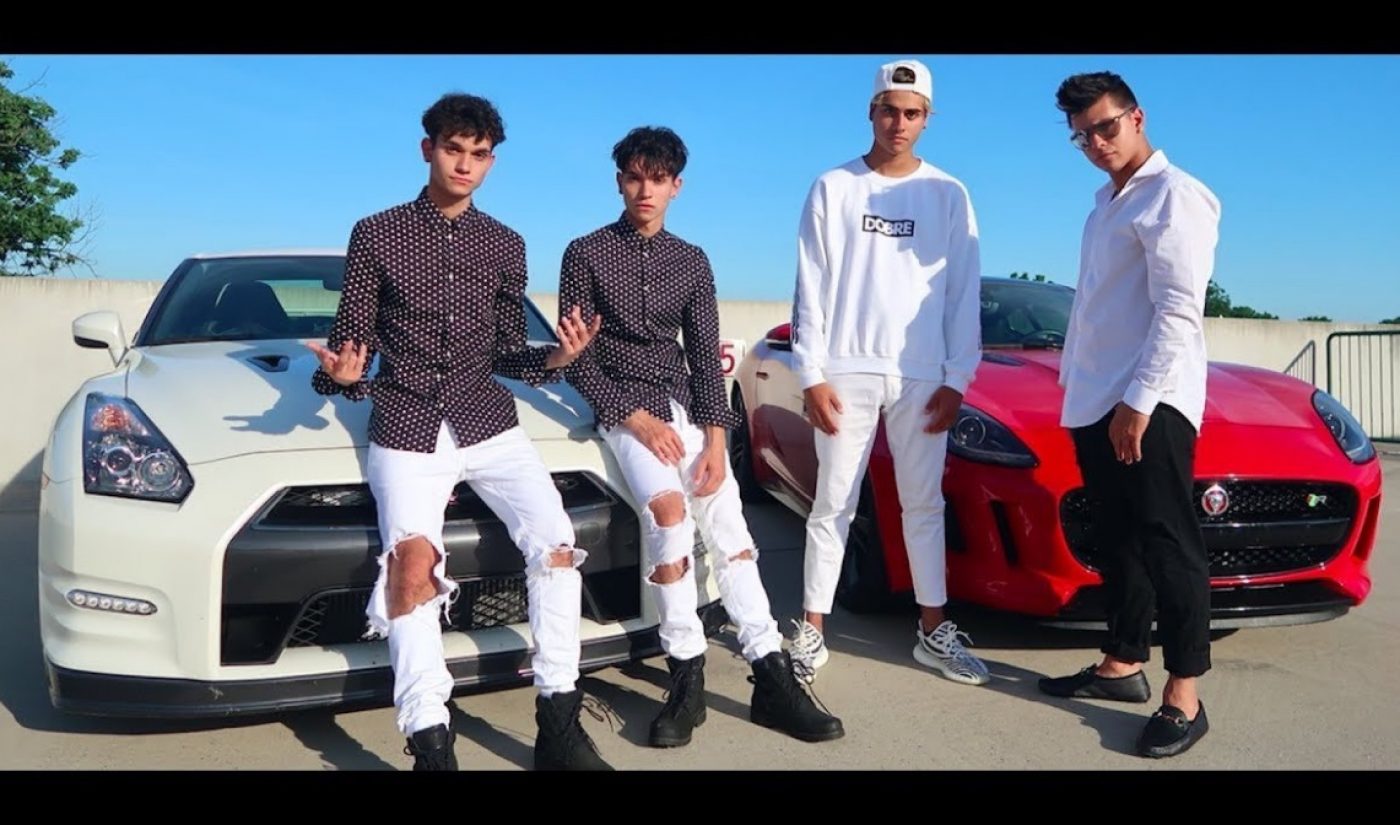 The Dobre Brothers possess a significant amount of online video savvy, and their digital success has led to a deal with a major talent agency. The fraternal foursome, consisting of Lucas, Marcus, Cyrus, and Darius Dobre, has inked an agreement with the CAA.

The Dobres, who are the sons of a Romanian gymnast, first rose to online video prominence thanks to their trampoline stunts. In addition, they have excelled in the world of vlogging, a skill that helped their shared YouTube channel surpass two million subscribers. Of the four siblings, younger brothers Lucas and Marcus have become particularly well-known, reached 7.3 million subscribers on their channel.

Thanks to their deal with the CAA, the Dobres will be able to take advantage of more opportunities, some of which will come offline. Lucas and Marcus have appeared on the Disney Channel show Bizaardvark, which once employed YouTuber Jake Paul as a main cast member. As original members of Paul’s Team 10 collective, Lucas and Marcus have been closely linked with the controversial star in the past, though they have since departed Team 10.

The Dobre Brothers will continue to be managed by Fullscreen, which added the foursome to its network last year as part of a wave of signings.

CAA is based in Los Angeles. Other creators who recently inked deals with the talent agency include Gabbie Hanna, Patricia Bright, and Desi Perkins.