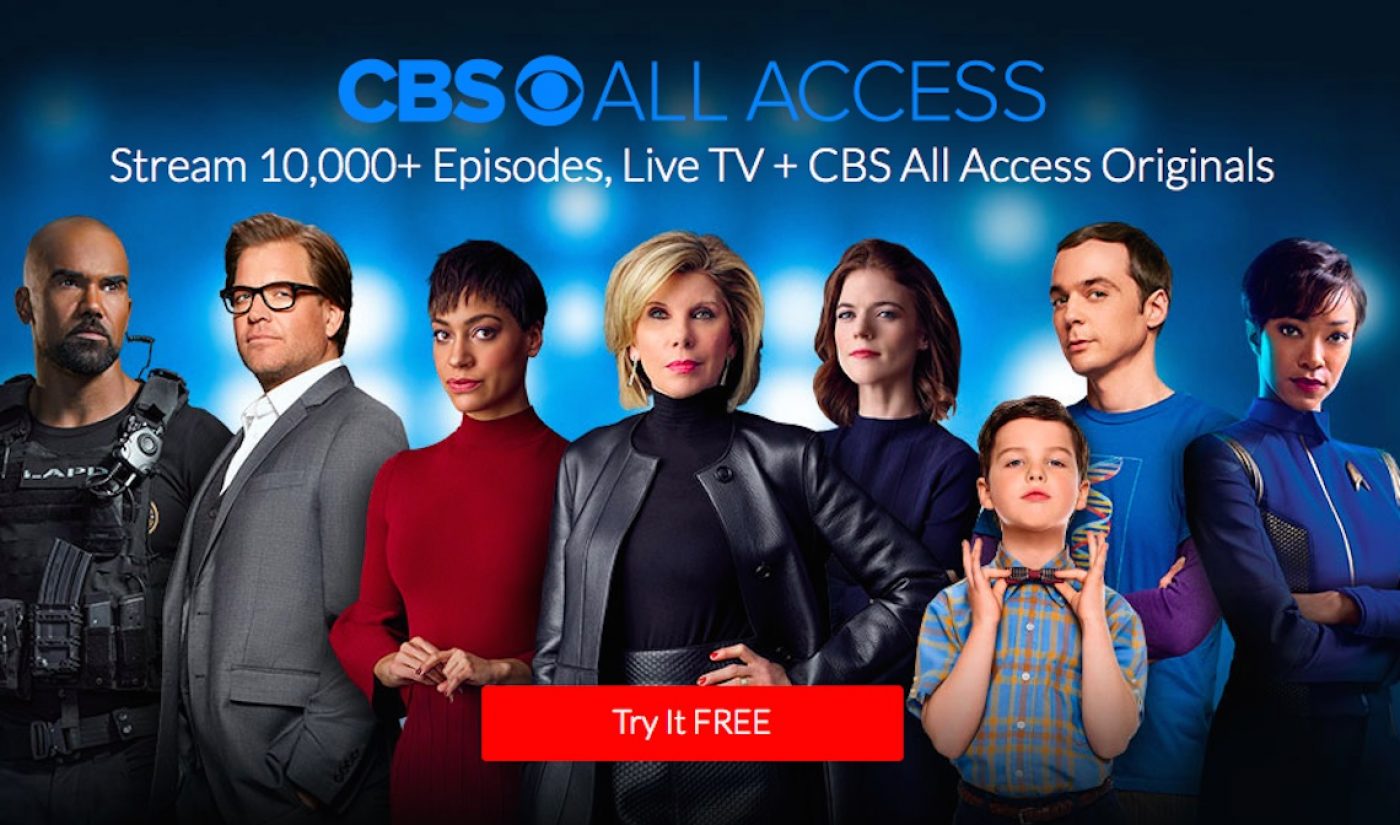 OTT service CBS All Access is going the way of Netflix (though it’s still a LONG ways off) with plans to release “six to seven originals” over the next year.

Joseph Ianniello, COO of CBS, announced the company’s plans yesterday during the Deutsche Bank Media & Telecom Conference in Palm Beach, according to The Hollywood Reporter. “We’re increasing investment in originals,” he told attendees, noting the high-level talent CBS has been able to bring to All Access. Original series set to debut on CBS All Access will include a reboot of The Twilight Zone from recent Oscar winner Jordan Peele and Tell Me a Story, Strange Angel from the writer of all four Scream movies, Kevin Williamson.

In his talk, Ianniello described the jostling for prominence in the streaming space as “an arms race,” suggesting that the landscape will ultimately look like an “oligopoly” where many different players remain in the game. As it stands, many viewers—especially younger ones—toggle between their Hulu, Netflix, HBO, and Starz OTT accounts. An IBB Consulting study from June 2017 found that over 50% of people in the US between the ages of 18 and 44 subscribed to at least two different streaming services, while those between 18 and 29 were most likely to subscribe to three or more.

While “six to seven” originals a year may or may not feel that ambitious for a burgeoning OTT service, it’s a start. Netflix has already released at least seven new series since the start of 2018 and plans to spend $8 billion on content this year. CBS did not mention any specific number for it’s All Access content budget, but it’s worth remembering a subscription includes everything on CBS proper, too. CBS All Access is home to CBS shows like CSI: Miami, Blue Bloods, and The Good Wife, in addition to the OTT-exclusive Good Wife spinoff, The Good Fight.

The success of original CBS All Access series Star Trek: Discovery also prompted the network to lean more into original content and look to expand to Australia and Canada. “We’re doubling down,” Ianniello said.