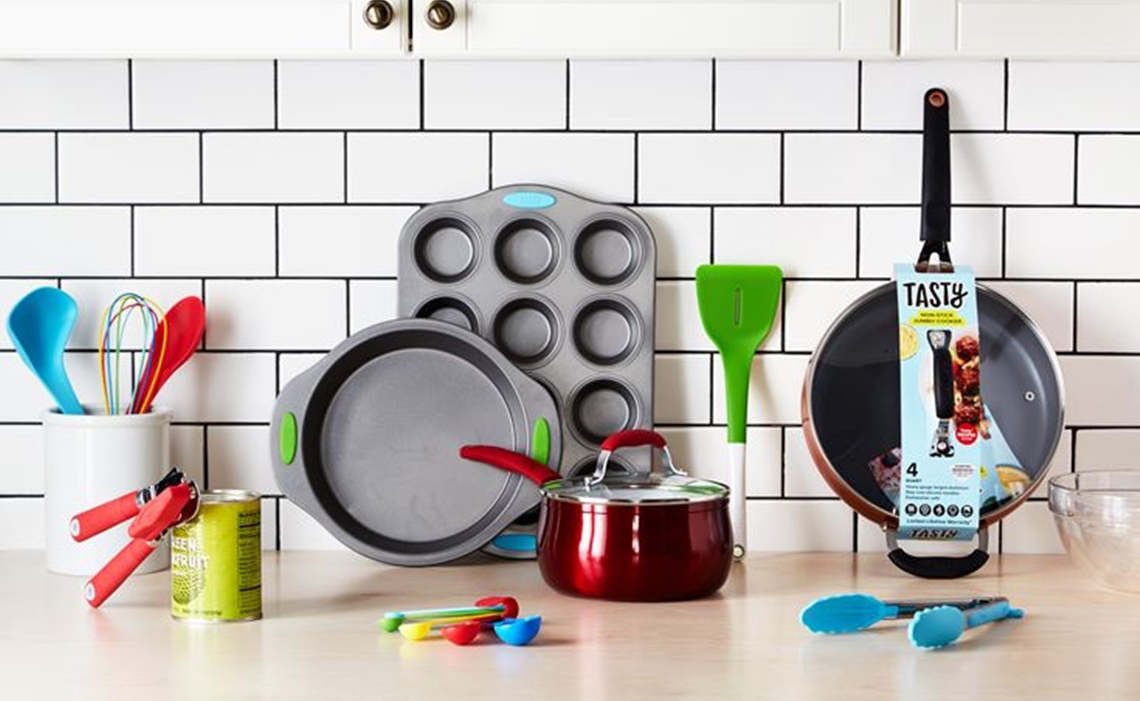 BuzzFeed previously waded into product development with a Tasty-branded induction cooktop last July. But today, the viral publisher is making its biggest retail bet yet with a line of 90 kitchen products available exclusively at Walmart stores and Walmart.com.

The line is designed to help consumers realize Tasty’s snacky recipe videos, which frequently see anonymous hands compiling easy-to-prepare dishes from an overhead view. (Tasty has amassed 92 million Facebook fans and 73 billion lifetime video views, and BuzzFeed says that 67% of these viewers have tried their hand at a recipe). Ranging in price from $4.44 to $99.00, items from the line include non-stick forged aluminum cookware, non-stick metal bakeware, silicone head utensils, glass mixing bowls, and other kitchen gadgets. The line will be promoted in Tasty videos.

BuzzFeed and Walmart first collaborated last December, when links to buy non-Tasty gadgets and groceries at Walmart.com and Jet.com appeared alongside Tasty clips. Other consumer products and e-commerce ventures between the two companies are forthcoming. 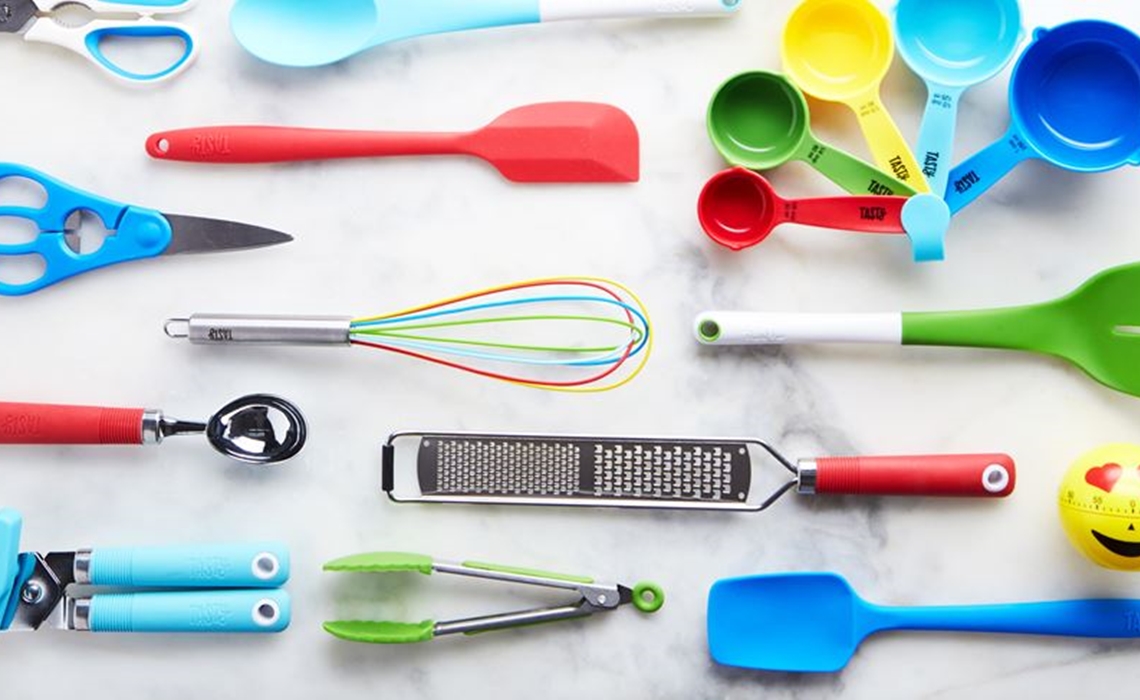 BuzzFeed Product Labs was renamed BuzzFeed Commerce as part of a company-wide restructuring late last year amid missed revenue goals — and it is this arm of the company that is overseeing the kitchen line. The division previously launched a line of candles and a cookbook called Tasty Latest & Greatest in partnership with Penguin Random House. Tasty is housed by another newly-formed division, BuzzFeed Media Brands, that also comprises Nifty and Goodful — for which BuzzFeed intends to pursue commerce and licensing projects as well.

“Walmart’s focus on saving customers so they can live better lines up perfectly with Tasty’s mission of making cooking fun and accessible for beginner and experienced cooks alike,” Ben Kaufman, head of BuzzFeed Commerce, said in a statement.