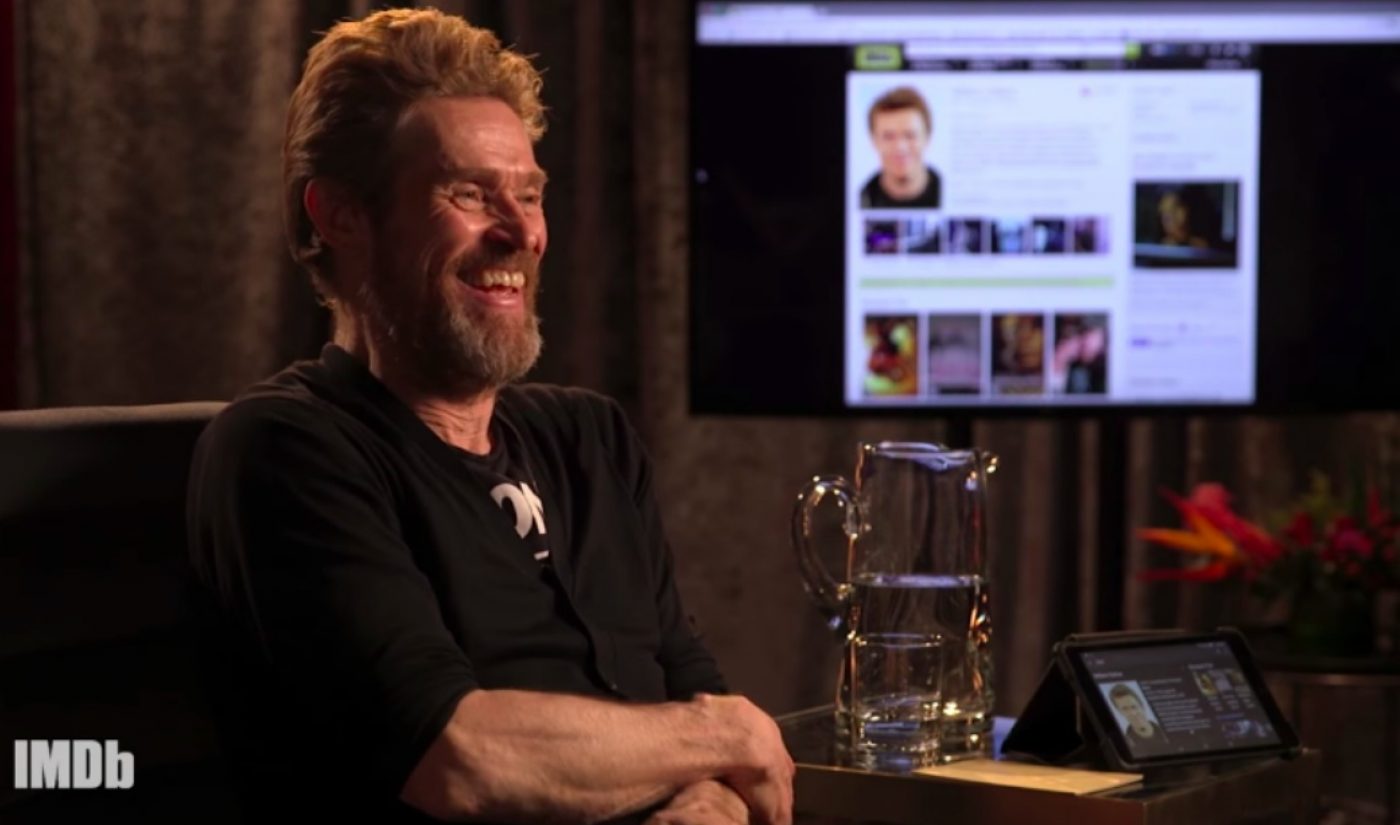 With the Oscars less than a week away, companies in the movie industry have a chance to get attention for their projects, and with that idea in mind, IMDb has launched a new web series. The internet movie database has teamed up with Funny Or Die to premiere IMDb Me, a series that combs through the filmographies of famous actors in search of talk show-style tidbits and quiz material.

The first actor to sit down with IMDb Me host Jake Szymanski is Willem Dafoe of Platoon, Spider-Man, and The Florida Project fame. After perusing Dafoe’s IMDb page, Szymanski asks him about his cut role in the legendary flop Heaven’s Gate, makes him guess how IMDb users describe his movies, and asks him to respond to what those users see as his defining characteristics.

IMDb Me is Funny Or Die’s latest production. Though the comedy sites has experienced several rounds of layoffs, it has found success with projects it distributes on other platforms, such as Netflix’s American Vandal. “As everyone in the entire world knows, Hollywood talent celebrate and obsess over their IMDb pages,” said Funny Or Die CEO Mike Farah in a press release. “So I’m not certain a more important series has ever existed. I’m so excited for Jake to dig deep with such amazing actors about the highs and lows every career in entertainment faces,” he added.

Famous people seeing what the internet has to say about them has already led to one his series, and IMDb Me is another entry in that category. More episodes of it will premiere next month.