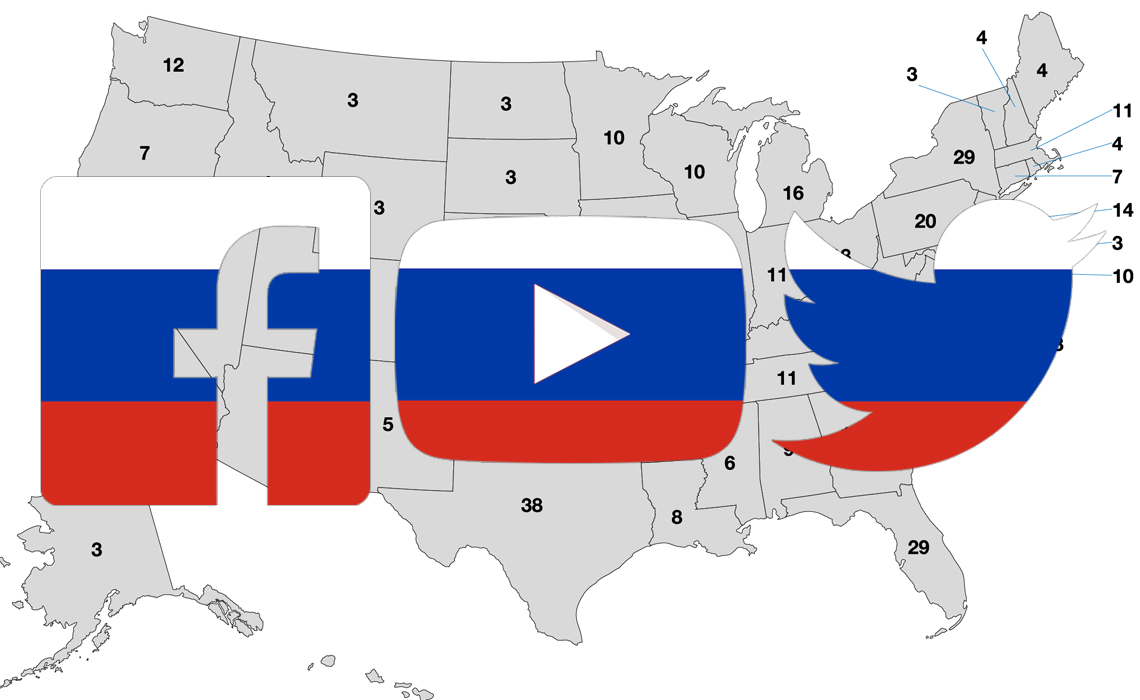 Insights: Can Twitter, Facebook and Google Evolve Fast Enough to Extract Us from The Mess They’ve Made?

Robert Mueller’s Special Counsel investigation just indicted 13 Russians and three organizations for social-media manipulation in the 2016 election. Most interesting and problematic. But other events this past week show just how little has been fixed at YouTube, Facebook, and Twitter since that long string of hostile acts by a foreign power became publicly known.

Indeed, the question is whether the social-media giants can evolve what they do fast enough to protect their users, and our unsteady democracy, from the weaponized manipulation that may soon become a fixture of our future.

The 41-page Mueller indictment laid out in excruciating detail how Kremlin-connected Russians embarked on long-term, systematic and focused efforts to first complicate the U.S. election, and then to actively work against Hillary Clinton’s election.

Two years before the election, Russian troll farms began building their bot networks and Facebook groups and YouTube channels. They supported not just Donald Trump but also losing Democratic candidate Bernie Sanders and Green Party candidate Jill Stein to undercut support for Clinton. Trump, who lost the popular vote by about 3 million ballots, still cobbled together enough support in three Midwest states to swing the Electoral College to his side.

None of the indicted Russians is likely to see the inside of a jail cell, at least not in this country. But much more important than just detailing the conspiracy has been the response of Google, Twitter, and Facebook. The companies’ initial reactions were disbelief and dismissal, followed by minimization, followed, finally, by vows of significant action. Based on their latest missteps, the three giants still have a ton of work to do.

Immediately after the Parkland, Florida, school shooting, trolls and bots a-plenty weighed in. Their influence, echoing and amplifying far-right extremists’ looniest conspiracy claims, helped push to the top of YouTube and Facebook hoax videos accusing student David Hogg, one of the outspoken survivors, of being a paid “crisis actor” in a fake shooting. Hogg, a budding media star, called the allegations “abuse” but said, to his credit, that he doesn’t want to censor the trolls behind them.

YouTube and Facebook both removed the hoax videos after controversy erupted. In both cases, it was clear company safeguards over manipulated material remain woefully inadequate. Both have spoken of enhanced algorithms and artificial-intelligence tools, backed by actual human reviewers. Those efforts and more should help keep the airwaves clear of crud. And yet, and yet, and yet.

On February 15, Google changed its photo-search functions, removing useful tools to check the veracity of images. The move was done mostly to appease copyright concerns of photo giant Getty Images, but it just got harder to spot fakes repurposed from some other use.

The same day those image-checking changes hit, trolls distributed faked posts of white people allegedly attacked by blacks while attending Black Panther screenings. The trolls weren’t subtle; sometimes they reused images of celebrities involved in domestic-abuse cases. Sharp-eyed skeptics quickly identified many bogus photos but not before they had been widely shared.

This week also saw Twitter change its API and policy on bots, curtailing their ability to simultaneously modify multiple accounts with joint likes, shares and reposts. The bot-hobbling is unfortunate, given their utility, but like many other useful tools, they also can be used in crappy, creepy ways, empowering small groups of mayhem makers to do bad. Twitter’s action was way overdue, defanging a tool beloved by the worst troublemakers out there, including what Twitter itself now estimates were 50,000 Russian-controlled bots in 2016.

Perhaps predictabiy, the bot-icide left some conservative Twitter users sputtering. They complained about losing followers, as accounts were locked and re-verified. A conservative meme storm, #TwitterLockout, broke out. Twitter blandly asserted that its machine-driven review process was apolitical, merely tracking and temporarily freezing accounts for review with typical bot-related behaviors.

More distressing to me was that conservative complainers didn’t ask why they had so many fake followers to begin with. It’s an uncomfortable question if you’ve benefited from secret support by shadowy forces whom your ideological ancestors despised.

Both Google and Facebook are trying to hire tens of thousands of people this year, in part to improve content oversight. It’s a gargantuan process, likely to choke their respective human resources operations. That makes it unlikely that the human component of their content-review processes will improve anytime soon.

Beyond sheer numbers, all these companies are looking for “culture fit.” Like many in Silicon Valley, the companies want employees who play well with their existing teams. Admirable, even efficient in the long run, because it helps avoid failed hires.

But rating, as Google interviewers do, the “Googliness” of hires also creates a monoculture of mindset. Similar culture fit ratings at Facebook almost certainly contributed to the company’s clueless response in 2016, when Mark Zuckerberg didn’t even listen to warnings from some of the top officials in the U.S. government, as well as his own company’s major early investors.

Magically transforming Facebook to support “meaningful interactions” and “time well spent,” isn’t so easy, even if Zuck has been issuing “Make it so” commands left and right. In fact, Facebook executives can’t figure out how to measure, advantage and incentivize the changes. The real problem, as the Washington Post pointed out: the transformation is counter to Facebook’s culture, structure, and mindset.

Google, meanwhile, is getting whipsawed with lawsuits by ex-employees from both sides of the political spectrum, each accusing the company of a hostile work environment because of their differing views with coworkers. Given that the aggrieved parties come from both the left and the right, there’s a comforting sense of inclusivity in the discriminating accusations.

But that’s a chilly comfort as Facebook, Google, and Twitter struggle to close the Pandora’s box they so thoughtfully left sitting outside the Kremlin. With the 2018 elections underway, and plenty of signs of continued Russian manipulation, I hope they figure it out soon.