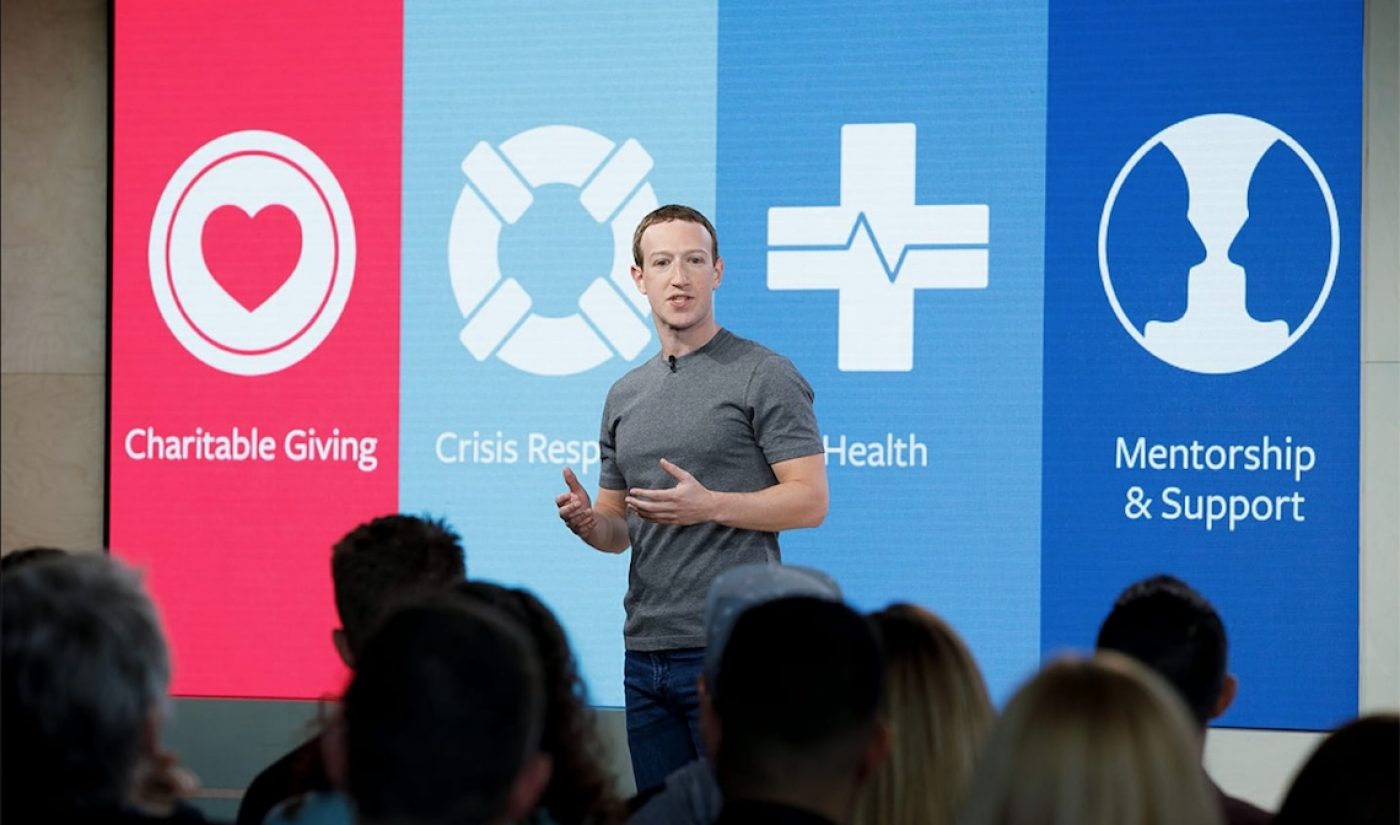 We’re a couple of weeks into Facebook’s Friends & Family Right Turn, a seismic algorithmic shift that many proclaimed would be the death of publishing. So how’s everyone doing? Are we all dead?

Based on many recent conversations – at this week’s Digital Entertainment World conference where I moderated a panel – it’s been a bit like the “Bring Out Your Dead” bit in Monty Python and the Holy Grail:” We’re not dead yet.

Facebook’s moves here and elsewhere, along with Google’s just-launched Bulletin news app, do presage a push by the Duopoly to more local and less third-party content in what they serve to their billions of users. That shift has lots of implications for how publishers of all sizes negotiate their presence on the platforms that provide so many of their views.

Hammered by Congress, critics, and even Jim Carrey(!), Facebook’s Mark Zuckerberg promised the site would rely more heavily on trusted news sites (as determined by a user survey), while also emphasizing local coverage. Most sites would be taken out of the News Feed, tucked into a separate section and left to find their views there. Organic reach, some said, had been sent to the organic compost heap. Much wailing, garment rending and teeth gnashing ensued.

But for all the rending and gnashing, at least some I’ve talked with had a different view about the Algo changes. It might even be good, they said, at least for people who can tell a compelling story with video while working within the expectations of Facebook and its audience.

“If you’re a creator or storyteller, what Facebook is doing is a strong net positive,’” said Keith Richman, the president of Defy Media, whose brands include Smosh and Screen Junkies. “You have to evaluate and figure out how you keep going, and what it’s doing and how you can play with it.”

“Fundamentally, all media companies have a choice to make right now: Do I want to pursue scale for scale’s sake or do I want to pursue depth and engagement of audience?” said Jared Grusd, CEO of HuffPost and VP of News for its parent organization, Oath. “We want to improve the amount of people who return to us on a daily basis rather the amount of people who kind of stumble across us.”

Tubular Labs, which tracks the ebbs and flows of online video, hasn’t seen any Algorithma-pocalypse yet, said CMO and founder Allison Stern. In part, that’s because lots of publishers living on the double-edged knife that is publishing through Facebook kinda know what they’re doing.

“Zuckerberg said things are going to change for publishers and I’m not going to go against him,” Stern said. “But we haven’t seen that crazy drop immediately. One of the reasons is, to be successful in this, this is just another day of publishing on social platforms. The people who have mastered Facebook content so far are people who are data-driven, data-informed, keeping their (hand on the) pulse of the social platform. They understand that what takes off on YouTube is different from what takes off on Facebook and what takes off on Instagram. They’re just like, in it.”

The changes does shift the dynamic for companies that have been focused on gaming the algorithm, however.

“There are always people who can play the game and get to a lot of views,” said Richman. “But increasingly, as you look where the monetization is going, it’s to better programming, higher quality, less people getting hung in a Japanese forest, more people figuring out how to tell a story that is compelling and inspirational. The biggest thing that Facebook is doing is that it’s continued a shift to rewarding quality programming versus people who are good at games.  Unfortunately, you have to be good at both but it’s nice to see people who are good at programming have increasing chances of success.”

And it’s another example of how Facebook is both maturing its very immature video platform while becoming ever more like Snapchat (even beyond the endless and shameless feature copying).

In this case, Snapchat led the way in separating out the pros from the pals, a move that was further accentuated in the reboot of its Android app last fall. That redesign is credited with driving a big jump in average daily users, to 187 million, that undergirded Snap’s strong quarterly earnings (shares jumped about 25%).

By creating a different place for audiences to go on the site to see high-quality material, it changes their expectations, and starts to create a better space for the good stuff, several people said to me. Now, we have to see which publishers are ready to take advantage.

“That’s what the Watch page is trying to do,” said Defy’s Richman. “You don’t just discover video accidentally that’s muted and you’re not really sure where it comes from, but go to a destination where you can be with an audience and engage with a program. Long term, that’s good not only for people who are good at playing the game but also for people who are good at creating content and programming, because that’s what’s rewarded.”

“The world of digital video the last few years has been about building eyeballs and getting people to watch,” said Tubular’s Stern. “Now is the moment where we’re moving to making money on that. What is it that works? How do you create these new scalable entertainment companies?”

So, where to go next? Bill Jennings, the new CEO at Beachfront Media (a former sponsor of this column), has a really good idea where many are headed, based on what he’s seeing among his company’s thousands of publisher clients.

“I think this movement to the connected TV space is the next major phase,” said Jennings. “Already, 170 million people use connected TV. About 57 million of them are a combination of cord-cutters or cord-nevers. This is a massive shift.  Whether you’re a major broadcaster or a middle-tier publisher, CTV is a massive opportunity.”

And that’ll be something for a future set of Insights. See you on CTV, folks. Oh, and if you’d like to listen to my panel at Digital Entertainment World, which included many of the folks quoted here, plus top execs at 20th Century Fox and Deutsch, just click right here.