You Can Now Create Custom Lenses On Snapchat, Starting At $10 Apiece 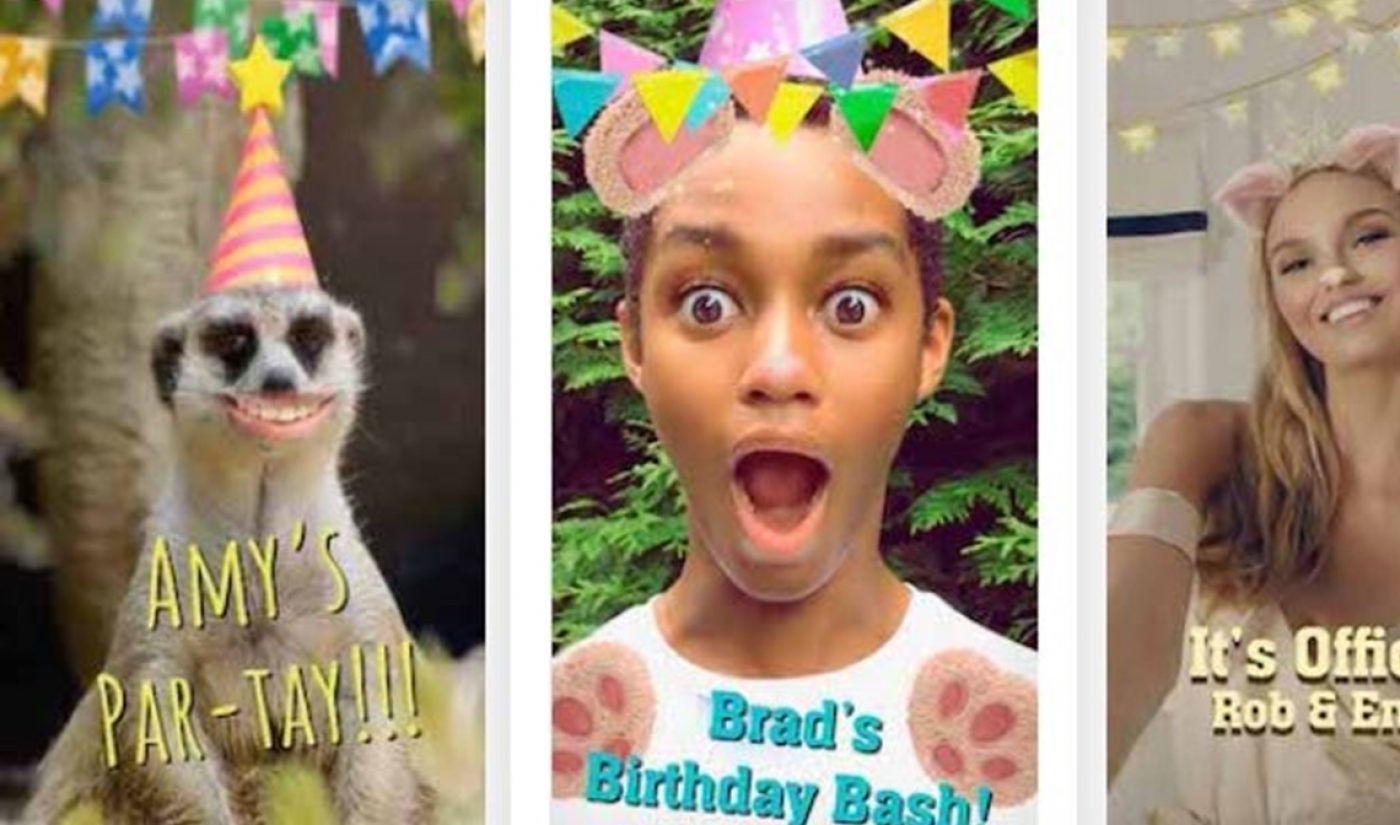 After announcing its first upward-trending earnings report in months, sending its stock into an unexpected surge, Snapchat has now unveiled the latest update to its groundbreaking Lenses feature.

Today, Snapchat is rolling out a toolkit to let users create Custom Lenses — comprising both augmented reality facial transformation options as well as new caption styles. The company envisions users creating Custom Lenses for special events, like weddings and birthdays. Custom Lenses will start at $9.99, and pricing will depend on the location (between 20,000 and 5 million square feet) and duration of availability, as well as other factors, according to The Verge. This is similar to the way that Snapchat vends custom Geofilters — which decorate Snaps as a sort of frame.

150 different Custom Lens templates — including animal ears and noses and floating sparkles — will be available at launch, and the tool can be accessed on desktops or through the iOS app. Android availability is coming soon. For now, the feature is only available for individual consumers, and any brands who apply won’t be approved. A Custom Lens must be created at least three hours before a user intends for it to go live.

At the same time that Snapchat has unveiled Custom Lenses — which are undoubtedly intended to further distinguish it from the growing spectre of feature-thief Instagram — Snap announced new font styles for captions on both photo and video Snaps. They include brush, italic, glow, gradient, rainbow, fancy, and Old English.

Lenses are now used by 70 million people for an average of more than 3 minutes every day, according to Techcrunch.