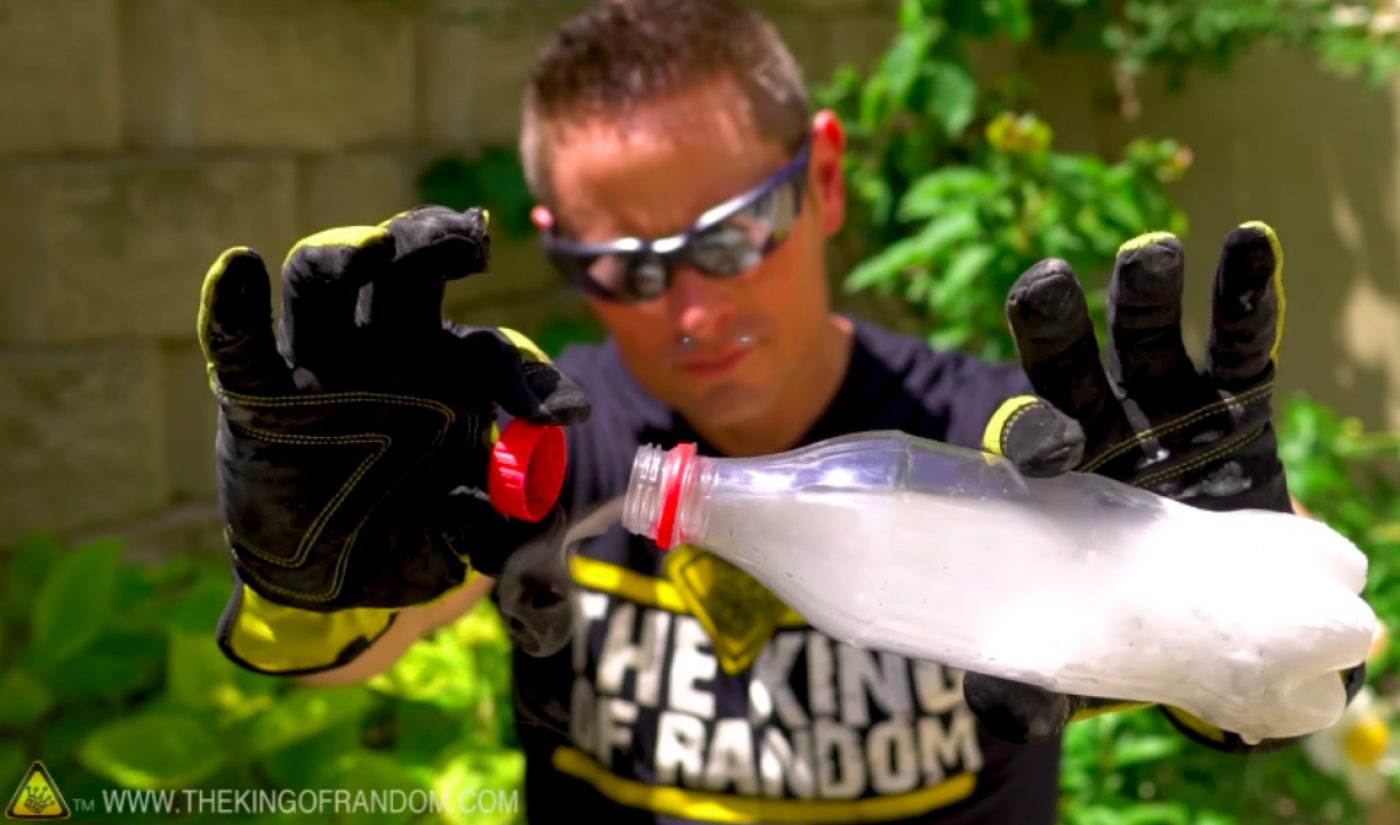 Thanks to his collection of life hacks, DIY projects, and science experiments, Grant Thompson has emerged as one of the internet’s top creators. On YouTube, where Thompson is known as The King Of Random, his channel has close to nine million subscribers and has received more than 1.6 billion views to date.

Now, however, a small subset of Thompson’s videos have gotten him into some trouble with the law. A court in his Utah hometown has charged him with two counts of possession of an explosive device after neighbors complained about explosions he set off in his backyard.

In a statement reported by The Salt Lake Tribune, the police department in the Salt Lake City suburb of South Jordan have received multiple reports from Thompson’s neighbors. One of the complaints relates to a video the YouTube star posted last June, in which he placed dry ice inside water bottles, causing them to expand and then loudly burst. When he posted that experiment online, Thompson advised his followers not to attempt it.

Thompson is expected to appear in court on February 21 as a result of the charges. Speaking to The Salt Lake Tribune, he lamented the accusations he is facing. “It makes it seem like I am a irresponsible YouTuber who is blowing stuff up,” he said.

A Utah state statute bars most citizens from possessing explosive devices, though there are five groups that are exempt from that regulation. “Any person or entity possessing or controlling an explosive, chemical, or incendiary device as part of its lawful business operations,” for example, is protected. Thompson may run his channel as a business, as many top YouTubers do, and in order to clear his name, he may have to prove that distinction before a court. In the meantime, he might want to be careful about the noises that emanate from his backyard.