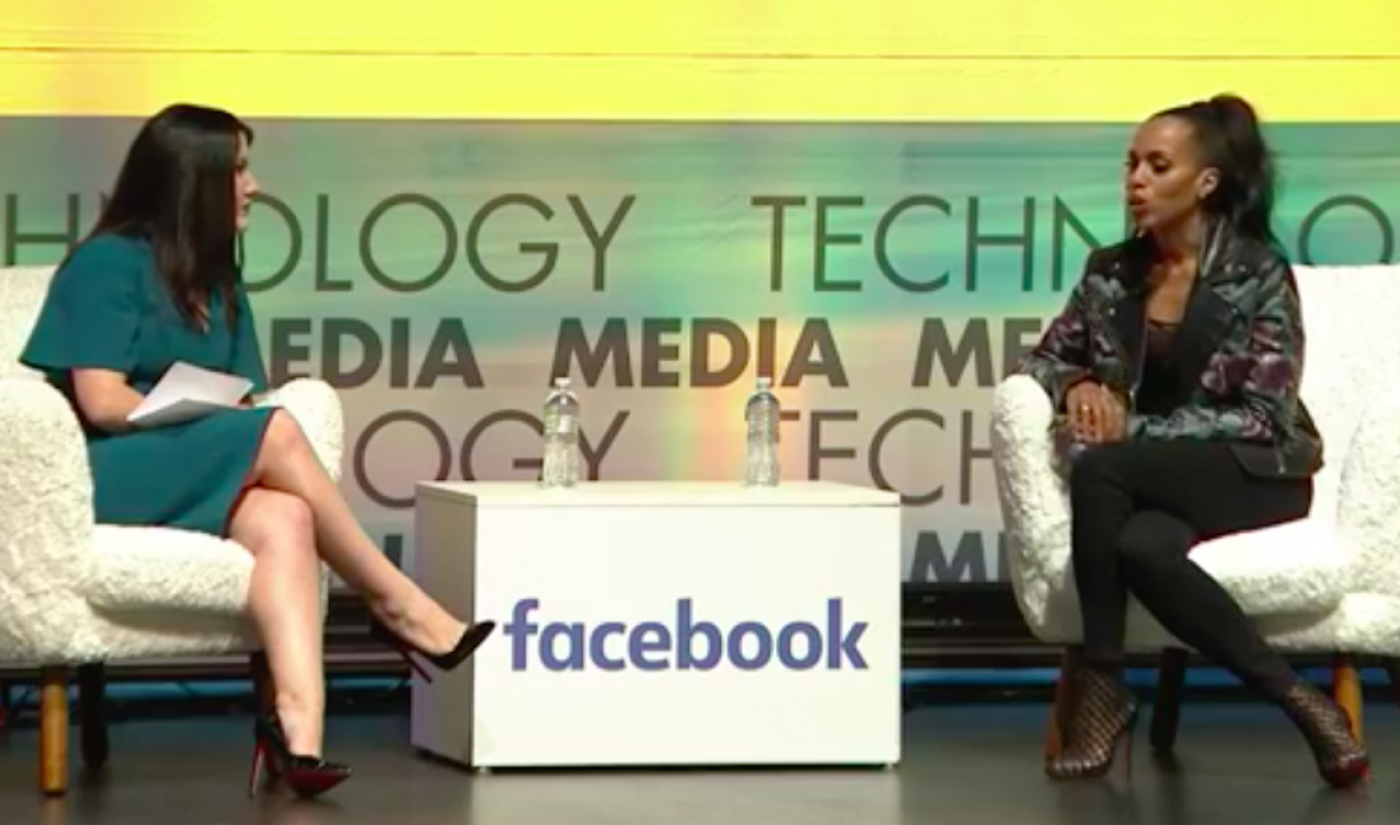 Kerry Washington’s new show, Five Points, is coming exclusively to Facebook Watch, and Washington is “grateful” for the focus on community and discussion that the platform provides.

“I wouldn’t want to put this out into the world without space for support if needed,” Washington, of Scandal fame, told Fidji Simo, Facebook’s Video VP of Product, at CES on January 9. Since the story involves young people dealing with tough issues like their sexual identities, gun violence, drugs, and bullying, Washington wants there to be a place where viewers can discuss these topics after the episode ends. Five Points will allow for this with relevant Facebook groups and by using Facebook Live.

Five Points, a drama that consists of 10 episodes, refers to five points of view. The series follows five high school students in Chicago’s South Side, each of whom experience the same, big event but, of course, from different perspectives. Besides Washington, the series will feature Madison Pettis (The Fosters), Hayley Kiyoko (Jem and the Holograms, The Fosters), Nathaniel Potvin (Mech-X4), Jake Walker, Spence Moore II, and Trey Curtis. If these names sound unfamiliar, it’s because many of them are emerging actors.

“It benefits us that there aren’t a handful of household names so you can disappear into their stories,” Washington said. As part of a social platform, as opposed to a big TV network, Facebook Watch allows for a cast that needn’t rely on a slew of big names, instead focusing on engagement with young audiences.

“Involving social media communities feels like a return to traditional storytelling,” Washington explained to Simo. “When I’m live on the internet, it’s almost like theater. Your audience has a voice that they don’t have in a movie theater.” Washington went on to tout “audience ownership of content and the community space.” She hinted at a desire to explore this more as a producer, so Five Points will most likely not be her last foray into the web series realm.

Washington’s own shop, Simpson Street, and Indigenous Media are producing the show, which Adam Giaudrone (Being Mary Jane) wrote. Production starts this week.

It’s worth noting that while Washington’s new show is headed to Facebook, Scandal producer Shonda Rhimes struck a deal with Netflix not so long ago. Announced in August, the deal will make Netflix the native home to Rhimes’s new projects, which will include “new series” and more. One could call this divergence of paths a scandal (sorry).

Naturally, Simo live streamed her talk with Washington on Facebook. Though it took place at 10am PST, you can still catch the video on the social platform.