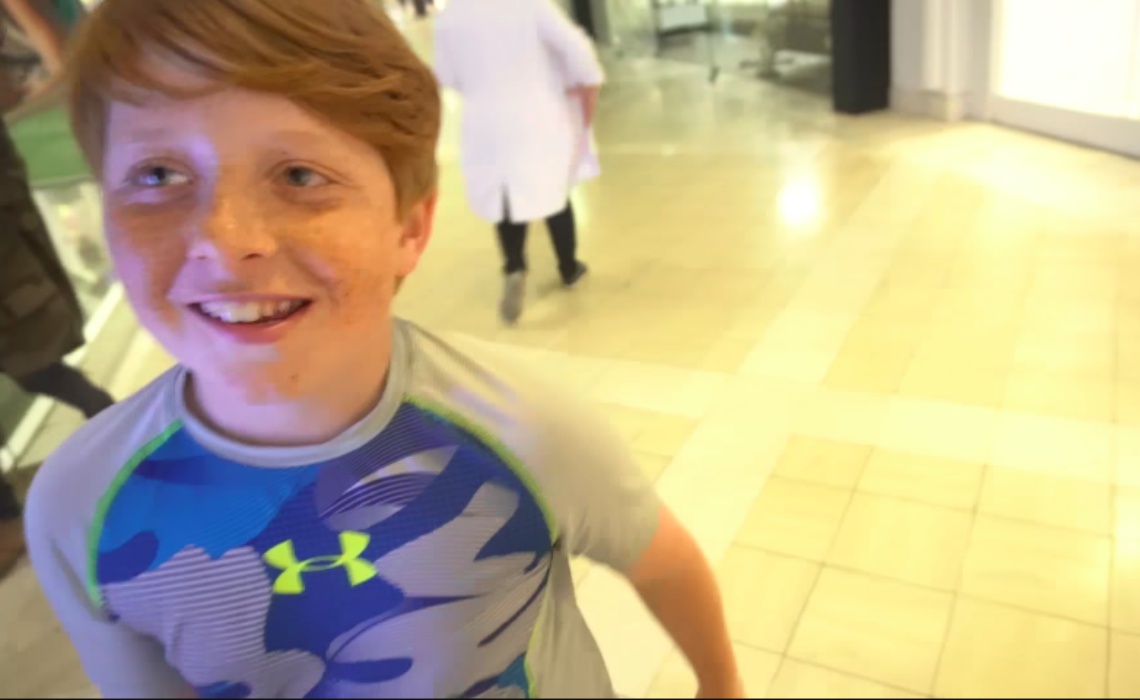 A Kid With A Vlog Met Jenna Marbles At The Mall And Got 90,000 New Subscribers As A Result

A chance encounter at the mall has vaulted a precocious boy’s YouTube channel into the spotlight.

The channel in question is titled Joey Vlogz, and it reeled in 90,000 new subscribers in the days after its titular host showed up in a video posted by YouTube star Jenna Mourey, known online as Jenna Marbles.

Last month, Mourey and her boyfriend Julien Solomita went to a Los Angeles mall to do some holiday shopping. There, young Joey approached them after noticing a video camera in Solomita’s hand. Mourey, who has more than 17 million subscribers, is one of YouTube’s biggest stars, but Joey didn’t recognize her at first. It was only during his second encounter with the couple, when he ran up to them breathlessly, that he expressed awe over his encounter with two “professional YouTubers.”

Inspired by Joey’s earnestness and his bright-eyed exuberance, Mourey linked to the Joey Vlogz channel in her video’s description. After having only 183 subscribers before his trip to the mall, Joey now has more than 90,000 of them. “It’s just crazy,” Joey told me in a recent interview with The Washington Post. “I still haven’t processed it.”

As his new influx of subscribers joins his audience, Joey will continue to produce vlogs, food videos, and other typical YouTube fare. His story is reminiscent of the tale of Sir Fedora, who became an overnight sensation in 2014 thanks to his joyous response to his first-ever like. In both cases, the sudden success of a young vlogger is a reminder that anyone can make it big on YouTube — though in Joey’s case, it sometimes helps to run into the right people.