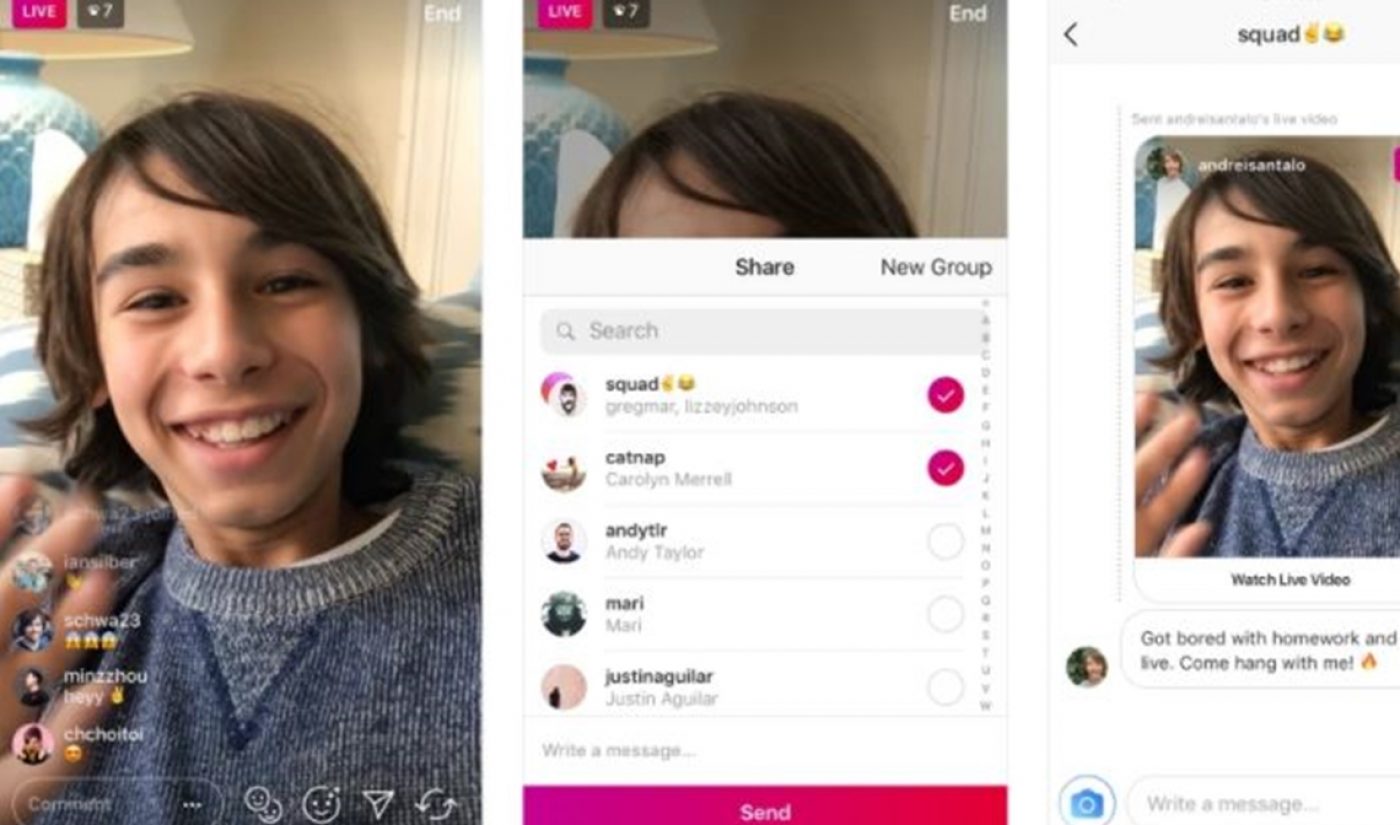 Instagram wants to make it easier for users to gather viewers to their live broadcasts.

An update within the latest version of Instagram enables users to send their friends — or groups of friends — a link to an in-progress live stream via direct message. In order to do so, simply tap the ‘Direct’ icon that appears at the bottom of the screen, Instagram writes in a blog post. However, friends will only be able to watch the video if it’s currently live. If the stream has concluded, a message will be sent indicating as much. Viewers can suggest streams to their friends via direct message in the same way that broadcasters can, in order to initiate a co-viewing interaction of sorts.

Version 26 of Instagram is currently available on both iOS and Android .

Instagram has added several new direct messaging features in recent months as it considers spinning out its Direct product into a standalone app, Techcrunch reports, including photo and video replays, support for links, and new photo orientations.