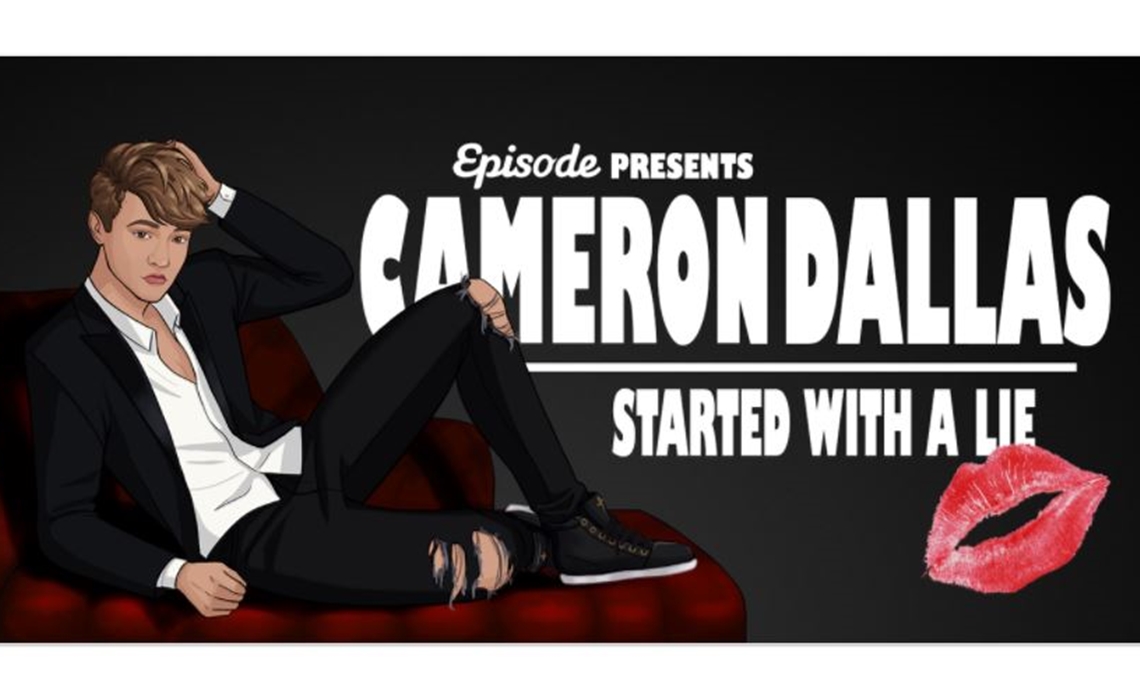 Episode, an interactive mobile storytelling app that has created choose-your-own-adventure games alongside the likes of Hayes Grier and the Dolan Twins — as well as titles inspired by popular films like Clueless — has released today its latest game starring digital multi-hyphenate Cameron Dallas.

Dubbed Cameron Dallas: Started With A Lie, users will play the game as a high school student who is in deep trouble with the 23-year-old after lying to the whole school about dating him. After an IRL meeting on a class trip, however, true sparks start to fly, Variety reports. Then, in a twist, players will discover that their mom was involved in a suspicious car accident, and that they must solve the mystery alongside Dallas.

Episode is published by Pocket Gems, a San Francisco-headquartered mobile gaming company that has raised roughly $155 million in funding to date. After launching in 2014, Episode has clocked over 4 billion total plays across its portfolio of roughly 85,000 stories, the company says. While the app is free to download and use, each story offers in-app purchases for virtual items as well as the ability to fast-forward through various narratives.

“As an entrepreneur, I always keep an eye on new platforms like Episode,” Dallas, who provided voiceovers for the game, told Variety. “I know how successful this app has been and I’m excited to see how I can bring my personality and twist to this game and to see my fans’ reactions.” In addition to his latest mobile venture, Dallas — who counts 35 million followers across all social platforms — also headlines the Netflix docuseries Chasing Cameron.