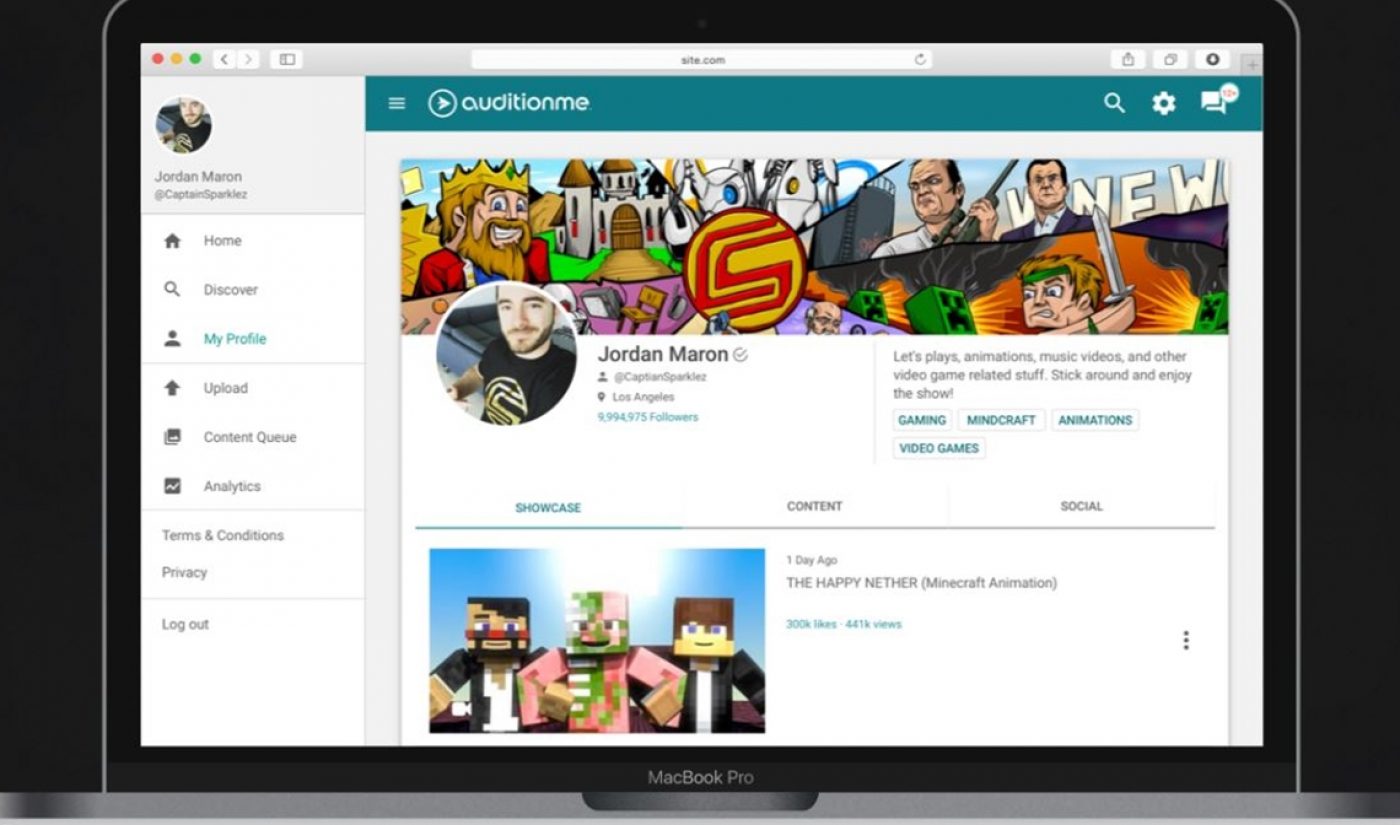 Amid ongoing gripes about YouTube monetization as the Adpocalypse rages on, digital media entrepreneur Caleb Applegate is taking matters into his own hands with the launch of a new video platform called AuditionMe. At launch, AuditionMe will be populated with content from a slew of bold-faced gaming creators, including Jordan ‘CaptainSparklez’ Maron, Ian ‘SSundee’ Stapleton, and Jerome ‘JeromeASF’ Aceti.

Applegate, one of the owners of the Mineplex Minecraft server, founded AuditionMe in 2016 alongside Mineplex founder Jonathan Williams. Applegate says that, above all, AuditionMe will be a creator-focused video platform, prizing transparency and feedback. Chad Johnson, a YouTube star in his own right who has been tapped to head up creator recruitment, tells Tubefilter that the platform’s founding was inspired by unfair demonetization on YouTube, as well as a meager ad revenue split, technical issues with respect to subscription boxes, and an overall communication breakdown between the platform and its creator community. Facebook and Twitch, Johnson says, are plagued by similar issues.

AuditionMe, on the other hand, will feature a 60% to 70% ad revenue split with creators, a subscription feed that isn’t driven by an algorithm, and a staff that’s deeply attuned to user needs. “It is a ‘David and Goliath’ fight,” Johnson says. “We are the underdog. But having a space that will talk with the creator community and focus on what creators want will bring an audience.”

Applegate began working on AuditionMe — which he says is named for the fact that “we saw the platform as a storefront for all creators to build their brands” — in early 2016, and it bowed in beta this summer. The team is announcing the official soft launch tomorrow, with 25 total creators — including Maron, Stapleton, and Aceti — all sharing the news with their subscribers. All told, the three aforementioned stars count more than 23 million subscribers combined.

Applegate says he’s doesn’t see AuditionMe as a replacement for YouTube, Facebook, or Twitch, but moreover an alternative destination with unique features. “We essentially designed AuditionMe to be a matchmaking platform,” he says, noting that viewers can swipe right to follow creators’ profile cards, as if on a dating app. Additionally, Applegate says that AuditionMe is able to offer higher CPMs through a partnership with ad provider Playwire Media.

“We’ve been excited and surprised by the responses we’ve received over the last several months,” Applegate says. “Though we have a long way to go and much to improve upon, we have a solid foundation with an incredible core group of creators.”

AuditionMe is currently available for download on iOS and Android.