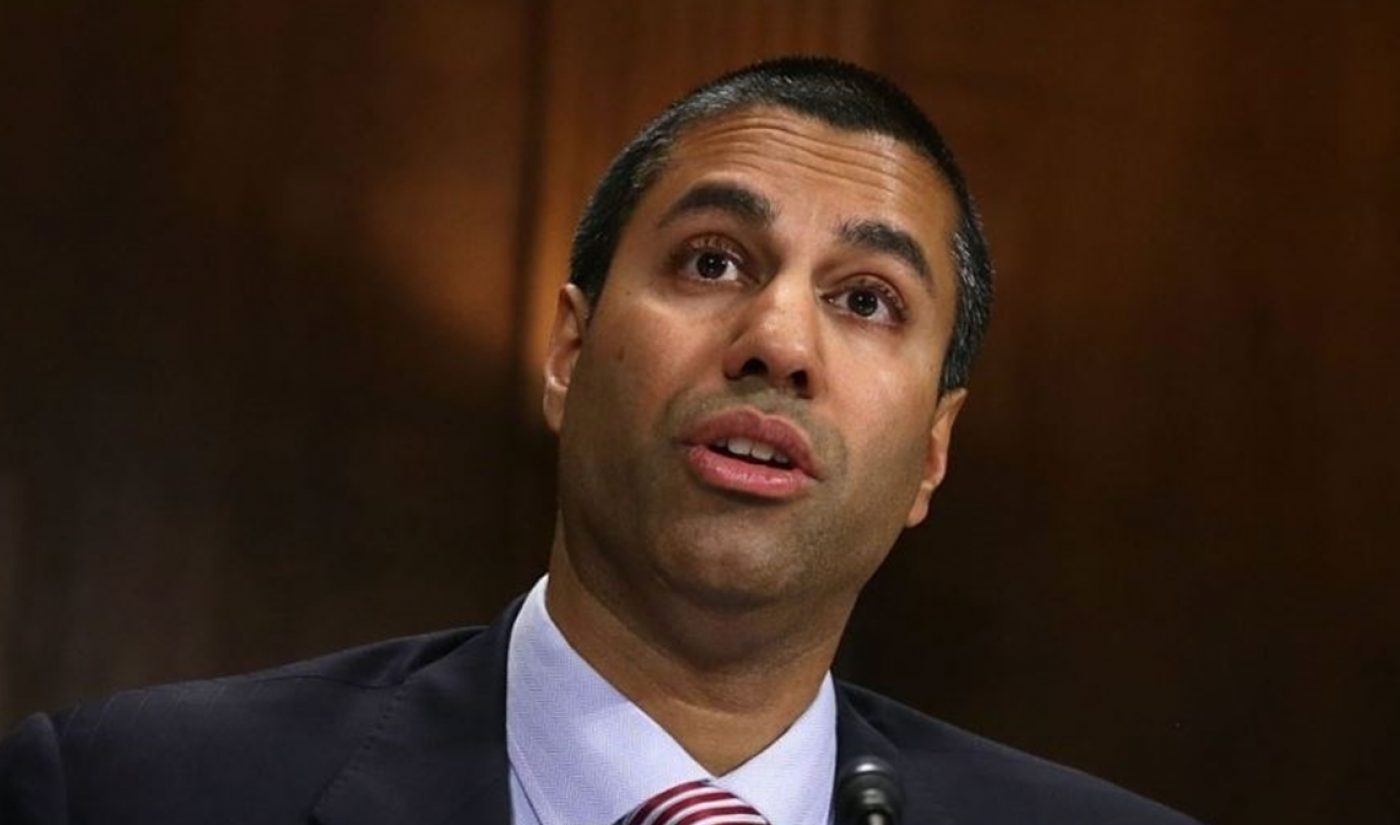 While a variety of opinions about a whole host of issues abound on YouTube, one thing that the creator community seems to agree on is that net neutrality is a good thing.

And today, creators decried a vote by the Federal Communications Commission under President Trump appointee Ajit Pai (pictured above) to abolish President Obama-era net neutrality regulations. The principle formerly served to ensure that internet service providers would not have the ability to block any content or throttle specific sites. (Given that platforms like Netflix, YouTube, and Twitch account for lots of web traffic, for instance, the fear among net neutrality advocates is that providers may end up charging consumers more money to utilize these services).

Twitch CEO Emmett Shear said in a statement that, “Without [net neutrality], we might not be here today, and our streamers might not be here tomorrow…Because our streamer community  —  many of which are small business owners  —  depend on their viewers having easy access to their channels and reliable quality of service, repealing net neutrality will erode the power of the internet to enable and create these types of jobs.”

While the FCC vote represents a massive blow to net neutrality, Wired reports that many believe the issue will ultimately be decided by Congress, which has the power to overturn the decision — though this may be a long-shot. And for the time being, providers like AT&T, Comcast, and Verizon have all promised not to block or throttle content — which is not to say that the repeal won’t embolden them to expand the ways in which they currently prioritize their own content to subscribers.

Look… I’m sad and pissed off at the same time. Bad combo. I’m gonna channel my anguish into something productive and continue to fight for #NetNeutrality

This isn’t over. Not by a long shot.https://t.co/exgVpX1P0h

Yayyy the FCC completely ignored the collective millions of people who wanted to have a free and open internet, and decided to sell their souls to wonderful companies like Time Warner Cable Comcast so they can bathe in money. YAAAYYY I love America!!

Yo @AjitPaiFCC just chiming in, everyone hates you. That’s all for now.

Shortsighted move, @GOP. You’re gonna be out of work soon. Hard to look for jobs on a dismantled internet. #NetNeutrality https://t.co/4qjUqsvZha

can you imagine a dystopian universe where you have to pay to read the shitposts on this goddamn website? exactly. this is why the whole world needs to care about saving net neutrality. #keepmemesforeveryone