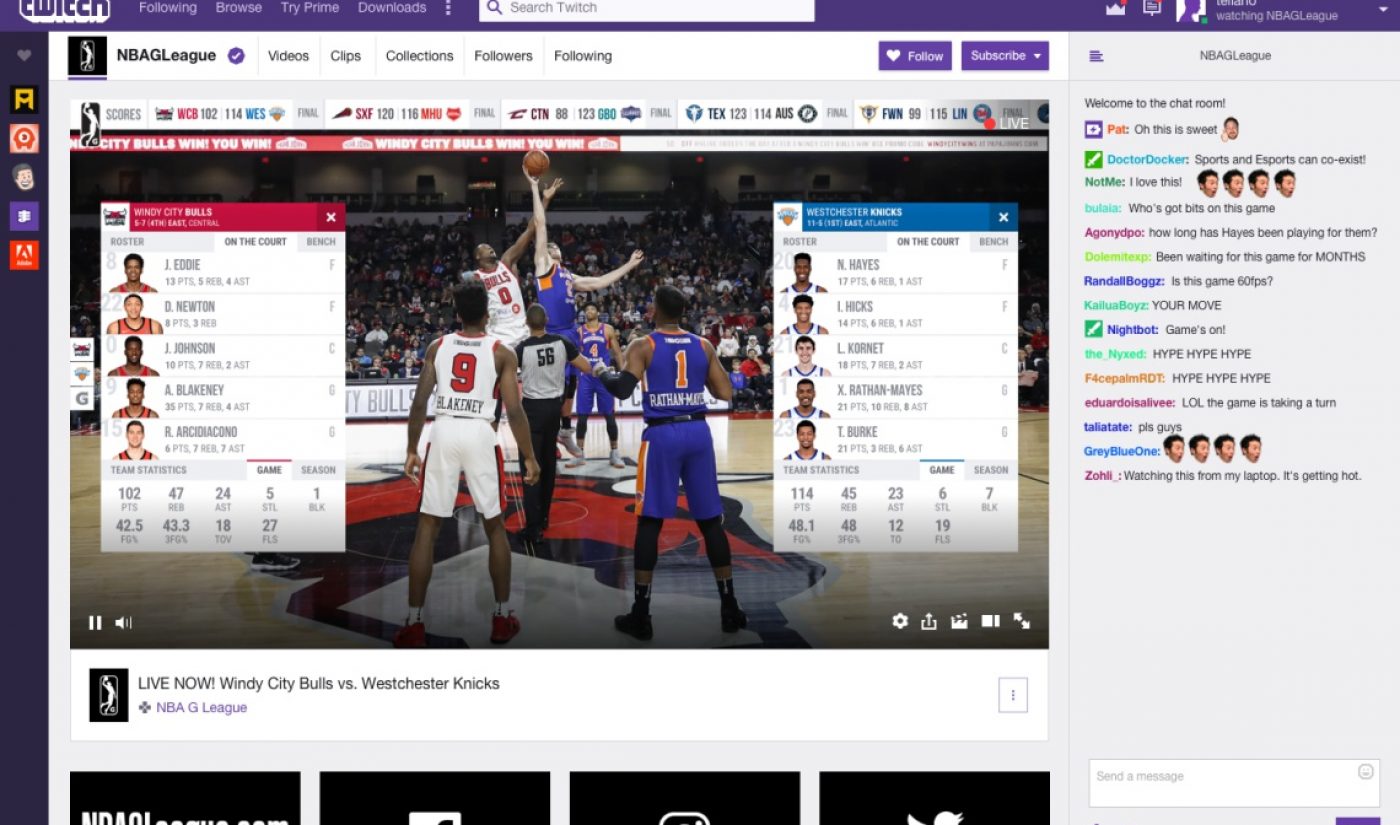 NBA G-League action is about to tip off on Twitch. A newly-announced deal will bring matchups from the NBA’s developmental tier to the streaming platform best known for its video game content.

The G-League is essentially the NBA equivalent of the MLB’s AAA division. Its teams, whose rosters tend to be filled with young players, are tied to top-level NBA squads. On Twitch, basketball diehards will be able to check out six tilts per week, which will be broadcast via the G-League’s official channel. Once the streams conclude, they will be available as on-demand videos.

In order to sweeten the deal for its potential audience, Twitch is augmenting its G-League streams with several features. An overlay will show stats while the broadcasts proceed, and the platform’s interactive chat window will incorporate a “loyalty” system that will reward regular viewers.

Twitch’s community of influential streamers will also have opportunities to get in the game. By making use of the co-streaming feature, they will be able to provide commentary for G-League action. Twitch said in a press release that “more than a dozen” creators, including GoldGlove, plan to capitalize on the announcing opportunity.

“Our deal with Twitch will be groundbreaking,” said NBA G League President Malcolm Turner in a press release. “By leveraging fan commentary, new technology and a passionate community, Twitch elevates video in a unique, engaging way that resonates with young viewers. We look forward to collaborating with their team to create something truly special for basketball fans.”