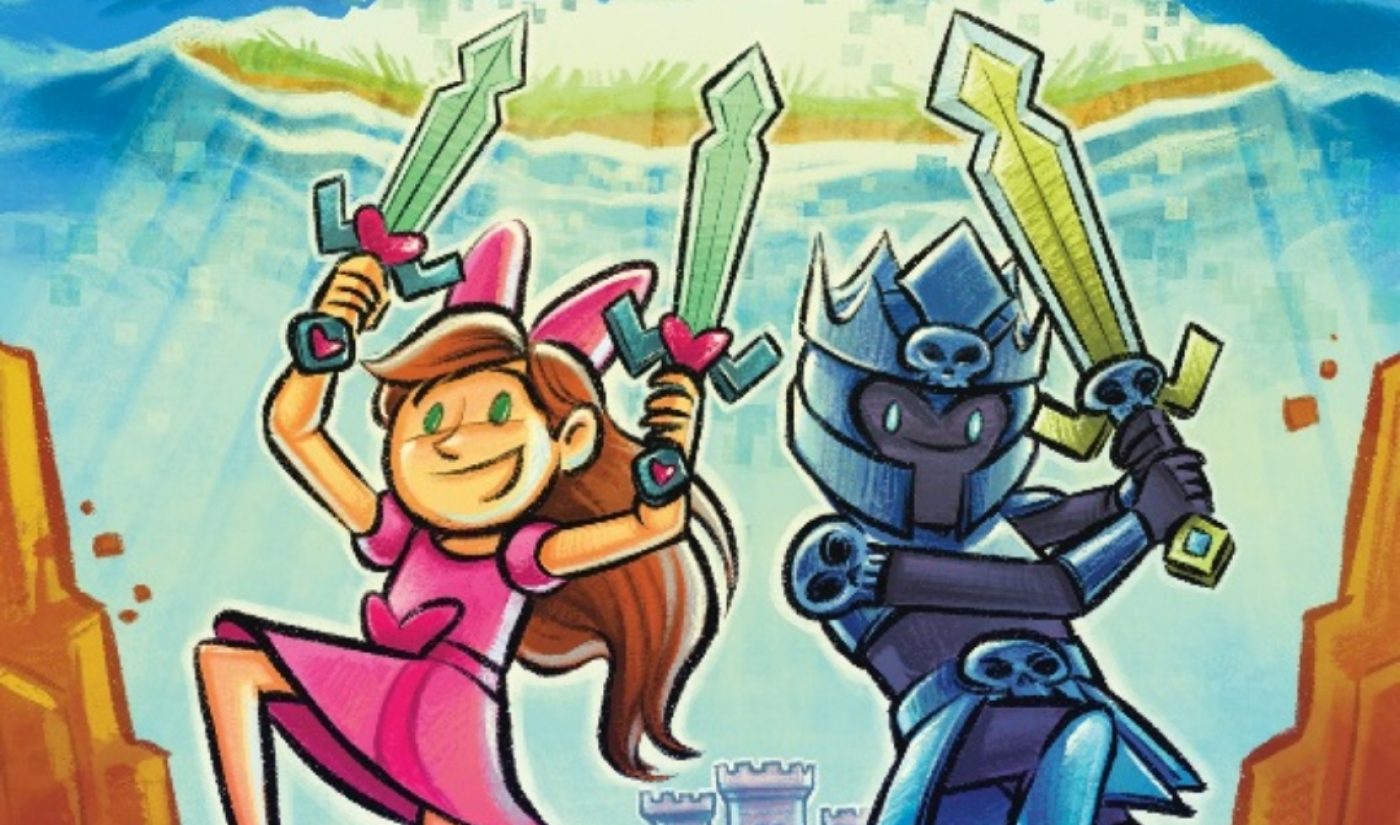 Among the bustling community of Minecraft gamers on YouTube, PopularMMOs is one of the top channels, and its ans will soon be able to get their hands on a new piece of media. Pat and Jen, the creators behind PopularMMOs, have inked a deal with publisher HarperCollins for a graphic novel that will be titled A Hole New World.

A Hole New World is a light, fun, kid-friendly adventure that will follow Pat and Jen as they battle their way through a world that, by the sound of it, will resemble the blocky Minecraft universe. A press release indicates that the graphic novel’s supporting characters will include “one magical unicorn, one talking cloud, an enormous golem, an oblivious cat, and many more.”

Fullscreen, which represents PopularMMOs, brokered the deal between the gaming channel and HarperCollins. “Bringing our debut graphic novel to life was an amazing process working alongside HarperCollins and Fullscreen,” said Pat and Jen in a press release. “We can’t wait for our fans to get their hands on it and interact with their favorite characters!”

PopularMMOs takes its name from the MMORPG genre, which was its initial focus. For most of its run, however, it has explored the world of Minecraft in a family-friendly manner. That formula has allowed the channel to amass more than 13 million subscribers to go along with more than 10 billion views.

A release date for A Hole New World has not yet been announced.