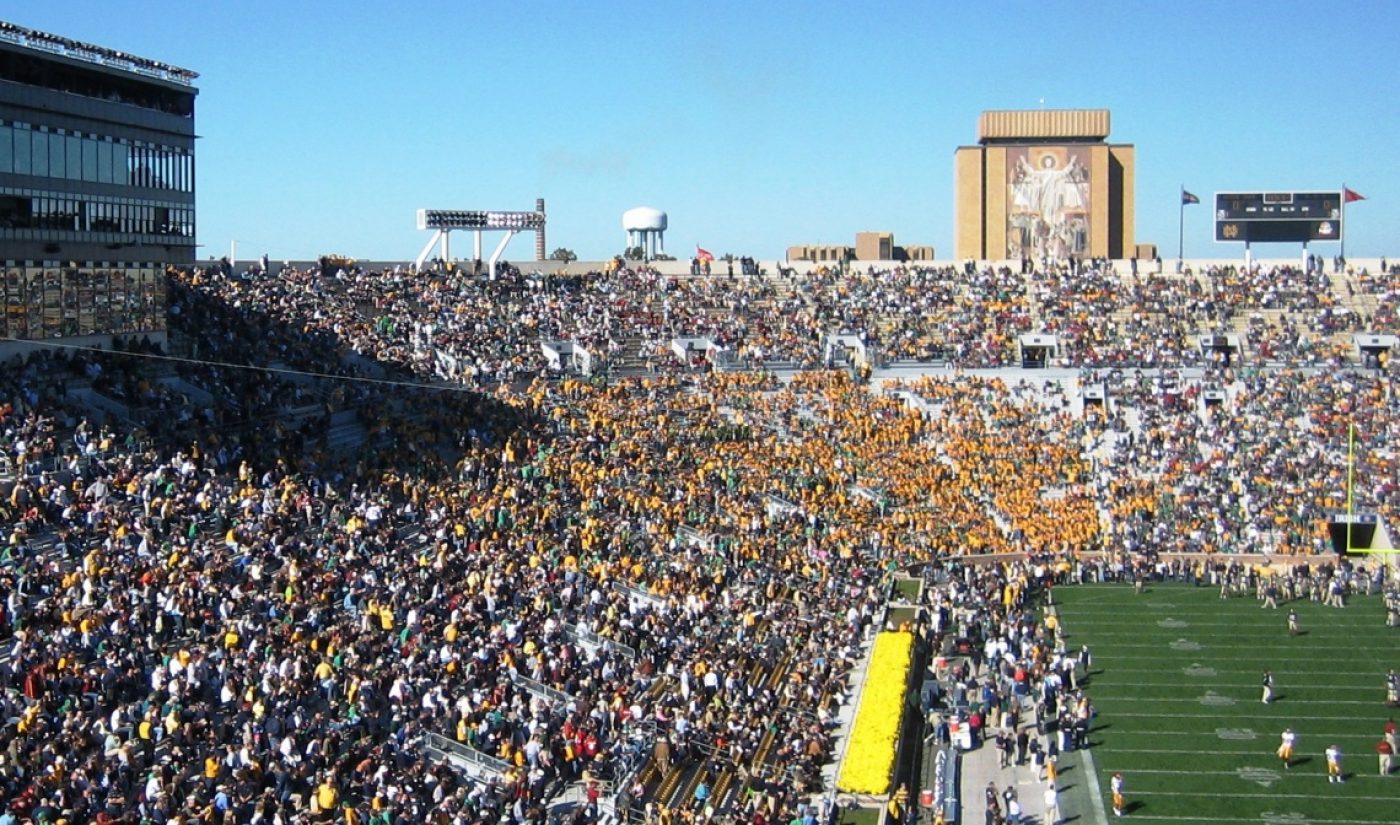 As announced in a tweet, YouTube TV will be available in 34 more markets, which will join the 39 areas in which the service was already accessible. Two of the most notable cities included in this round of expansion are New Orleans and Buffalo. Other places that can now subscribe to YouTube TV include South Bend (the home of Notre Dame University, pictured above),  Baton Rouge (Louisiana State University), and Tucson (Arizona University).

A big part of YouTube TV’s appeal is its large collection of sports channels, which can potentially justify its $35-per-month price tag for devoted fans. Notably, all of the football teams that represent the universities listed above will participate in postseason games this year. Those matchups tend to draw millions of viewers each, and YouTube is wise to present them to as many diehards as possible.

YouTube TV, which offers close to 50 live TV channels, initially launched in five metropolises in April. In the following months, its coverage has grown steadily; its August push into 14 population centers allowed it to reach more than 50% of US consumers, and that percentage has only gone up since. Currently, only American viewers can take advantage of the skinny bundle.