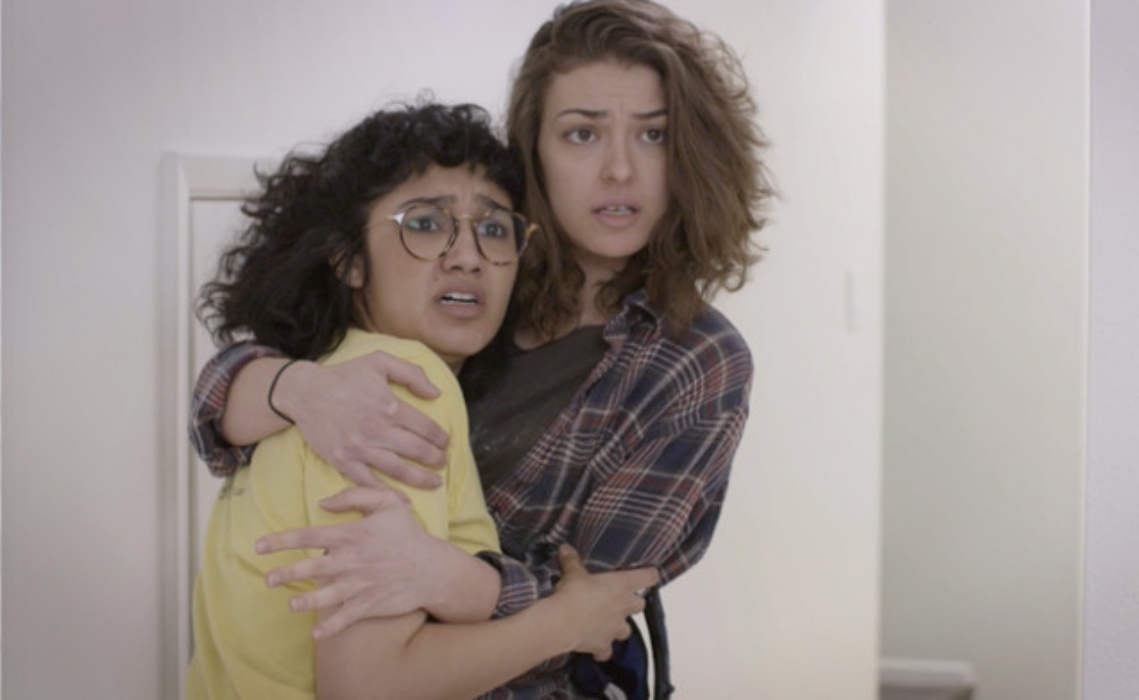 Fund This: A Pair Of ‘Gal Pals’ Hope To Keep Their LGBTQ Comedy Rolling

Description: Though the web series format has opened up opportunities for LGBTQ-friendly creators who previously struggled to share their stories, there is still a desire for more dynamic and relatable queer characters in the media landscape. Gal Pals hopes to change that. Sarah Soderquist and Kallie Tenney‘s series is searching for a second season after launching an impressive premiere earlier this year.

The titular Gal Pals are Bee (Katie Lynn Stoddard) and Olivia (Skarlet Redd). The show depicts their banter, the romantic hijinks they pursue, and other zany situations from their lives. “Think of it as The L Word for the Broad City generation,” reads the Indiegogo campaign. “It’s light-hearted, it’s romantic, and nearly all of the characters are LGBTQ.”

Thanks to its polished production and its zippy script, the first season of Gal Pals won thousands of fans on YouTube. With their follow-up, Soderquist and Tenney hope to continue to develop their characters and create a season that will be, in their words, “bigger, better, and, yes, gayer.”

Creator Bio: Gal Pals is among the first credits for both of its creators. Soderquist previously served as the producer for Arts & Crafts, a web series that premiered in 2013.

Best Perk: The $50 perk package includes a t-shirt, which can potentially serve as a strong sartorial choice for a real-life pack of gal pals.

Why You Should Fund It: With their first season, Soderquist and Tenney have acommplished an impressive audience building feat. Despite a limited budget, they have brought nearly 20,000 subscribers to the Gal Pals YouTube channel and have engaged those viewers with ancillary content, including a music video. It would be a shame to waste the passion of such a powerful fanbase, which is hungry for more positive and witty LGBTQ content on the web. You can help Soderquist and Tenney continue to realize their vision.