Disney Sued Over Alleged “Let It Go” Song Theft, Millions Of YouTube Covers Could Be Affected 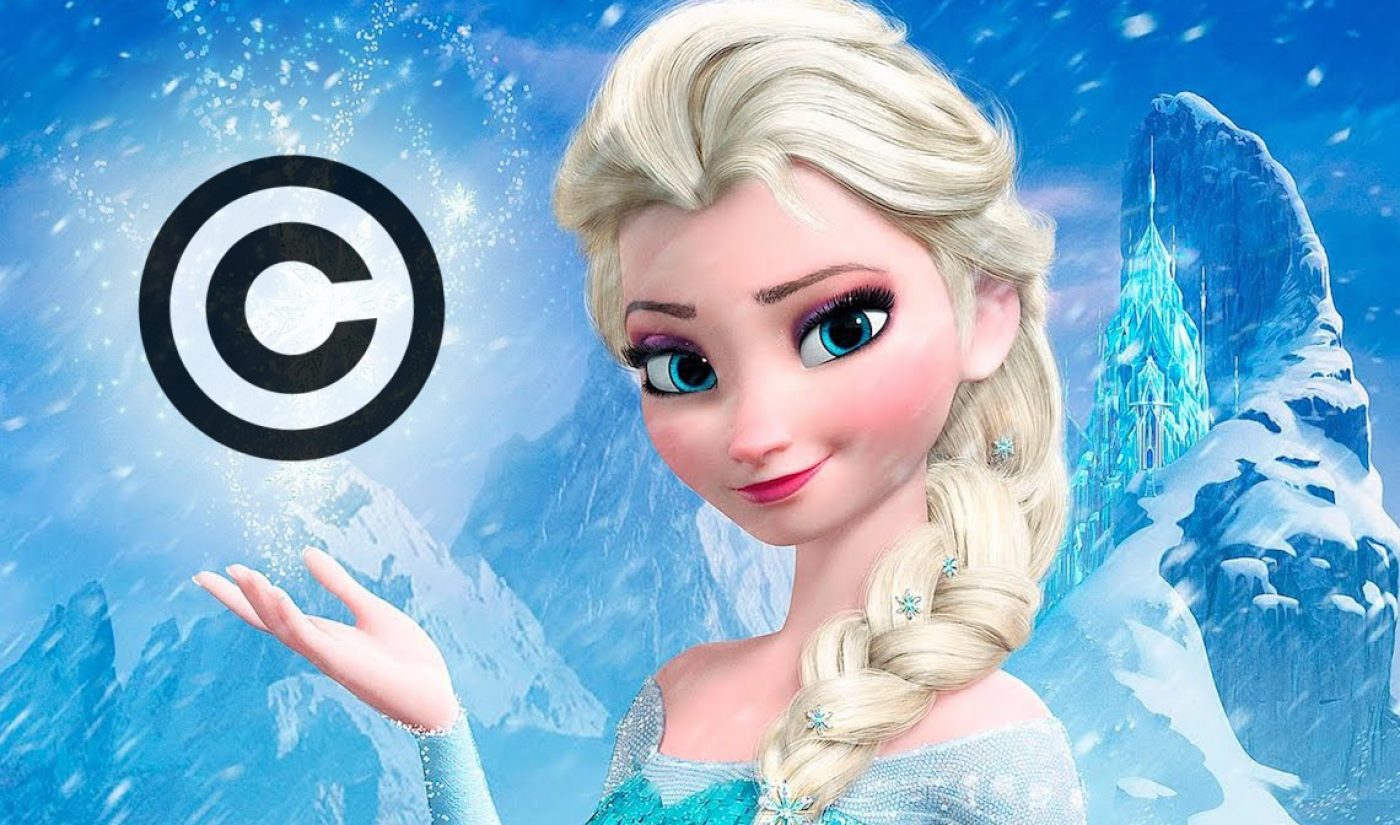 As first widely reported by TMZ, Disney and others are facing a new lawsuit that claims the massive hit “Let It Go”, from the 2013 film Frozen, is stolen, in part, from a song originally released in 2008 by Chilean-born songwriter and producer Jaime Ciero.

In the complaint, filed on Thanksgiving Day in California, Ciero alleges his Spanish-language song “Volar” was ripped off by both Disney and the hit song’s husband-and-wife duo Kristen Anderson-Lopez and Robert Lopez. Additionally, the song’s two most well-known performers Indina Menzel, who is featured on the original film version of “Let It Go”, and Demi Lovato, brought on for a more radio-friendly pop version of the song, are directly named in the lawsuit.

“Let It Go” became a cultural phenomenon throughout 2014, resulting in countless YouTuber cover artists and parodists releasing their own interpretations of the record to amass nearly half-a-billion views on YouTube by March 2014 alone. The Menzel version of”Let It Go” debuted on the Billboard Hot 100 on April 5, 2014, where it spent 33 weeks on the chart, at one point reaching the #5 spot.

“Volar”, which means “to fly” in English, is both the name of the song allegedly copied and the name of Ciero’s debut album released in January 2008 by Alchemist Entertainment Inc. and El A Records, currently available through CD Baby’s independent music distribution services. According to California business records, Alchemist Entertainment’s operations in the state have been suspended “for failure to meet tax requirements (e.g., failure to file a return, pay taxes, penalties, interest).” The lawsuit does not mention anything about a record label still being involved in the distribution of Cicero’s album, let alone ownership rights to the title track.

Out of the 13 registrations currently available in the U.S. Copyright Office’s public catalog that appear to belong to Ciero,”Volar” is not one of them. The lawsuit also mentions a second version of “Volar” recorded with Venezuelan singer-songwriter Karina. Ciero has submitted an application for registration of “Volar” with the U.S. Copyright Office, according to the complaint. However, in most situations, registration of a copyrighted work before the alleged infringement occurs is a requirement to obtain, among other things, statutory damages and recoupment of attorneys’ fees.

Copyright law in the U.S. allows for statutory damages to range between $750 and $30,000 per work, at the court’s discretion, and up to $150,000 per work if willful infringement can be proven. More details surrounding the copyright applications may become available as the lawsuit progresses. If the case proceeds in a similar fashion to the Robin Thicke & Marvin Gaye dispute over “Blurred Lines”, then a valid copyright registration to the underlying musical composition, or sheet music, will likely be the most important thing for Ciero to obtain from a legal strategy standpoint.

There may be some legal alternatives to overcome this prior-registration requirement, which Ciero leaves the door open to argue at a future point in this lawsuit. Language in the complaint appears to point towards reliance upon an international treaty to which both the U.S. and another country where Ciero may have previously registered the copyright to Volar are both members. Perhaps this could be Chile since Ciero moved to Los Angeles from the country in 2001? The full scope of this possible legal argument remains to be seen in future court documents that are filed.

It’s worth noting that the complaint also mentions Ciero registered the song with the performance-rights organization ASCAP prior to the infringement; unfortunately, this alone is not sufficient to qualify for the federal protections available to timely registered copyrighted works.

What do you think? Can you hear any similarities in the two songs? Let us know in the comments!

What Does This Mean For YouTubers?

Readers may recall that YouTube became flooded with covers, parodies, and other creative interpretations of “Let It Go”. Does this mean they could be sued? Will their videos be taken down?

YouTube’s built-in Music Policies Directory currently displays results for the Menzel version of “Let It Go” that allow for both the original song and cover performances to be uploaded to the platform.

The Music Policies Directory is a valuable asset, FYI, for YouTubers to research the license permissions available on the platform for a temp track they may have edited into their production or an acapella rendition of their favorite song. Searching for a particular sound recording, or the underlying publishing for cover songs, in advance of finalizing a video helps creators on YouTube better understand whether they will be able to monetize their video at all, split ad revenue with a copyright holder, or face territory restrictions that limit their audience and global reach.

However, the pre-clearance (for lack of a better term) obtained by YouTube in the Music Policies Directory isn’t a solid foundation for more established creators. As YouTube points out in a disclaimer on each search result that is returned, the copyright holders can change their minds at any time and on a case-by-case basis. There is essentially no guarantee for protection if YouTubers include someone else’s sound recording or musical composition in their videos. More importantly, these pre-clearance checks through the Music Policies Directory only apply to videos posted on YouTube’s platform, and wouldn’t carry over to Facebook, Spotify, Apple Music, or Vimeo.

Some creators may have obtained what’s called a compulsory mechanical license, a type of license which allows anyone to create a cover version of a song once the original has been officially released. Services such as Soundrop and DistroKid obtain these types of licenses on behalf of many creators in addition to distributing their sound recordings to the major music streaming platforms.

It remains to be seen whether the Music Policy database will change based on how this lawsuit proceeds. If the rights ultimately end up changing, then YouTubers that uploaded a video including either an original version of “Let It Go” or their own cover version could face removal of their video, a new copyright claim, or even a copyright strike.

Ciero, in part of his request for action by the court, is asking for a permanent injunction that would prevent Disney, or anyone else, from any use of “Let It Go”, which would include selling, renting, or streaming of the film, albums and singles, music videos, and live performances. This could also extend to any internet creators, such as YouTubers or cover artists, that have released their own versions of the track on YouTube, Spotify, or other digital platforms. Meaning, successful videos or sound recordings could be taken down.

These Kinds Of Lawsuits Are Being Filed More Often, Too.

This lawsuit is just the latest to join a string of “sound-alike” infringement claims over the past few years that have resulted in millions of dollars in final judgments, songwriting credits being awarded, and confidential out-of-court settlements. If the “Let It Go” lawsuit ends in favor of Ciero, it could be a huge financial blow to Disney. It may even potentially impact the upcoming Broadway production of Frozen, which will feature the iconic song. Perhaps this will result in an undisclosed settlement, or Ciero landing songwriting credits, or we’ll have a long and drawn-out court battle. Let’s hope the cold litigation process never bothered Ciero anyway!

Ciero is currently represented by Scott A. Burroughs and David R. Shein of the law firm Doniger / Burroughs in Venice, CA. Disney has not responded to the complaint as of this article’s publication.