Vidme Shuts Down Its Video Platform, Will Launch New Product Next Year 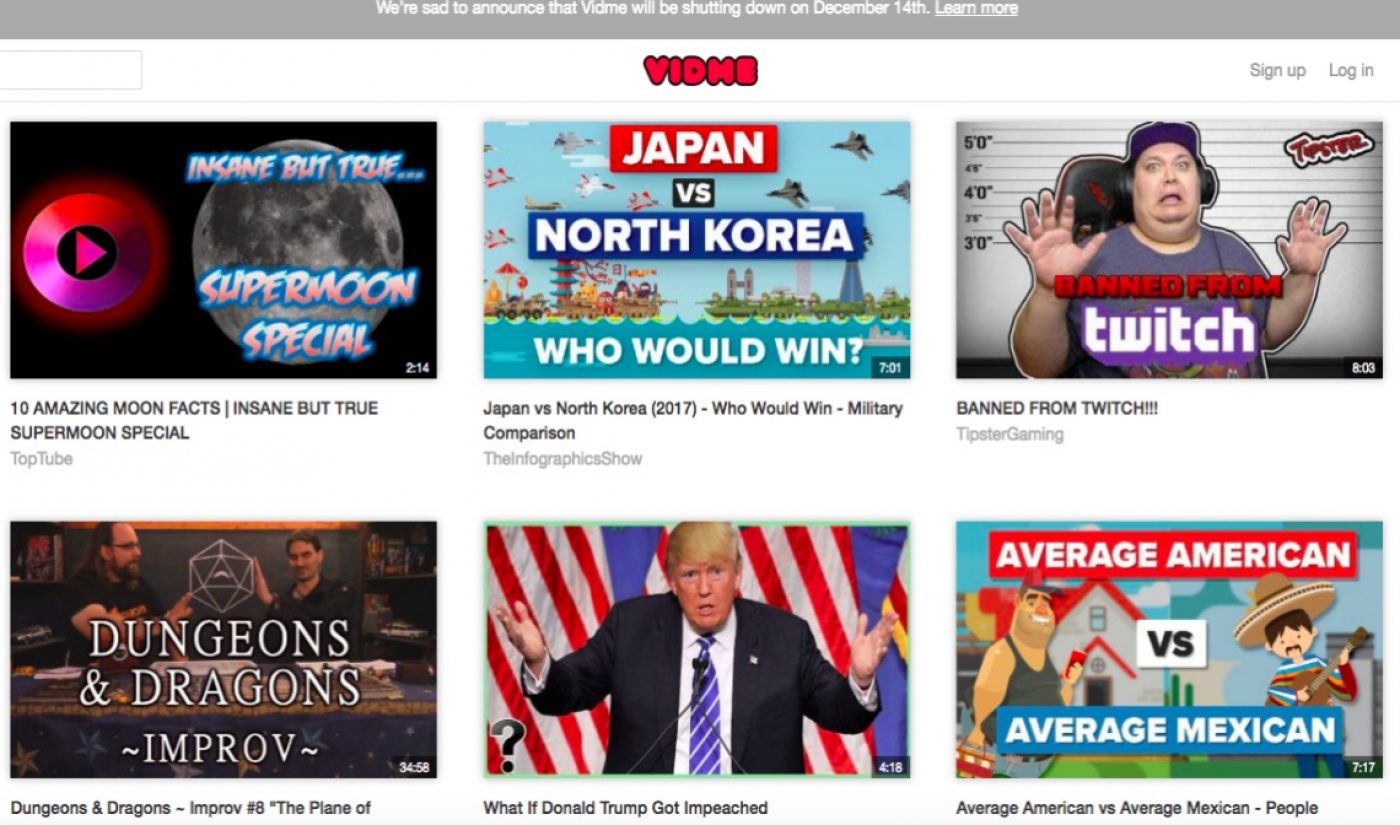 Another tombstone has been added to the graveyard of potential YouTube competitors. Vidme, which emerged in 2014 as a cross between YouTube and Reddit, has announced that it will shut down its current video platform, with plans to launch a new product next year.

Vidme co-founder Warren Schaeffer announced the closure of his company’s platform in a blog post. He explained that uploaders will have until December 15 to save their videos, and that all outstanding revenue will be paid within 60 days. Four Vidme employees will lose their positions as a result of the shutdown.

Upon its launch, Vidme looked to appeal to creators by offering a simple video player that could easily be embedded across the social web. It also boasted a range of monetization options, including subscriptions priced by creators. On the Vidme website, videos were separated into categories that resembled Reddit’s subreddits, thus aiding discovery. Bolstered by all of these selling points, Schaeffer and his team raised a significant amount of capital.

The ultimate issue for Vidme was simple: In the end, despite recording more than six billion views, it didn’t pull in a big enough user base. “Many creators with millions of subscribers on YouTube and Facebook were initially attracted to Vidme’s model, but faced difficulty transitioning audiences from their home platforms,” Schaeffer wrote. “Convincing people to use (and keep using) a new platform is hard, leaving many creators locked in.”

Schaeffer did not indicate exactly what’s coming up next for Vidme, but the company isn’t going away just yet. “While we’re disappointed to close something that we put so much of our hearts into,” he wrote, “we’re excited and eager to apply what we’ve learned to our new product.”