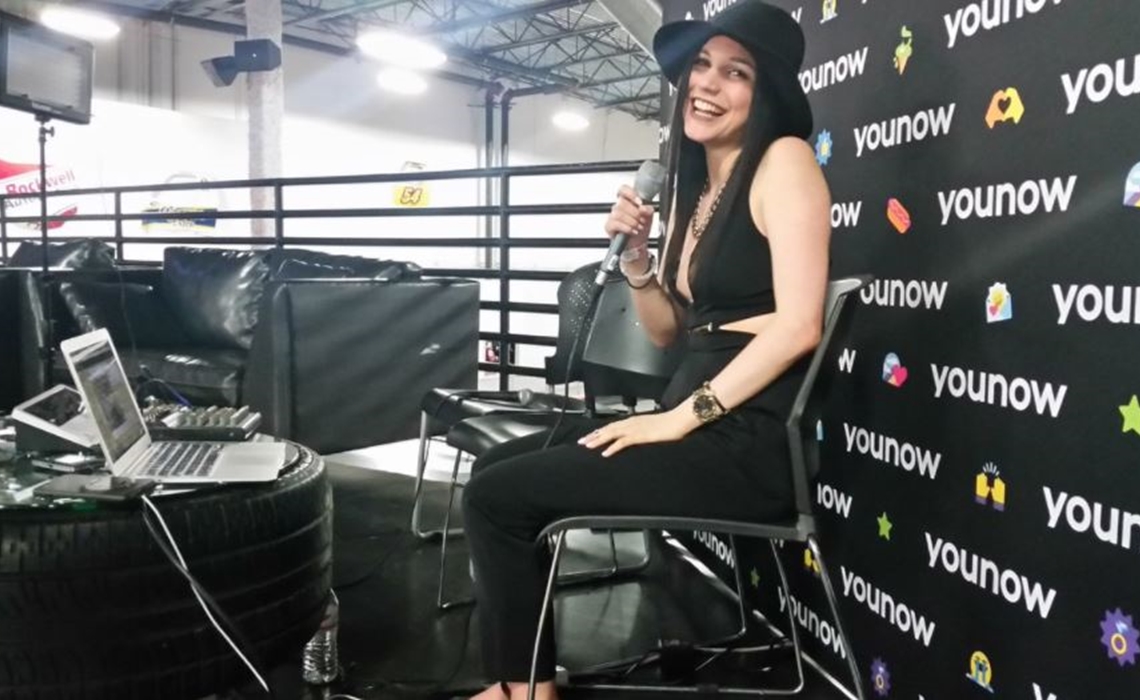 Ahead of the launch of YouNow’s nascent cryptocurrency app Rize, we sat down with established livestreaming star Evie Yannakidis, who has been testing out a beta version of the app for several weeks.

The 23-year-old, who is known to her 193,000 YouNow fans as EvieWhy, shared tips for prospective Rize creators about how to optimize interactions with other users on the app, as well as how to obtain and cash out PROPS — the new form of currency on which it is based. Yannakidis also shared how certain features that are unique to Rize — including the ability for everyone to be live on video at once (including both creators and viewers), as well as the ability for broadcasters to create their own standalone apps — can be harnessed to grow engagement and monetization.

Check out our conversation with Yannakidis, which has been lightly edited for length and clarity, below:

Tubefilter: Generally speaking, what are some of your top growth tips for aspiring live creators?

Evie Yannakidis: The first thing that comes to mind is engaging with the people that are right in front of you. The reason that people watch live shows is because they want that immediate feedback, they want an immediate response, and they want that instantaneous connection that they wouldn’t get from a YouTube video, where you might have to wait days to hear back from a creator about a comment — if ever.

TF: What are your top tips for monetizing as a broadcaster?

EY: While I’m not technically a musician, I do write comedy raps with my audience sometimes, and integrating someone’s name into a song or taking requests can go a long way in terms of tips. Broadly speaking, it’s key to offer viewers incentives in any way that makes sense. For instance, I host a show where I walk around New York City and ask my viewers to give me challenges — to hug a random stranger, for instance. However, I’ll only do the challenge if we reach a certain number of ‘Likes’, which adds a gamified element to the stream.

TF: On Rize, unlike on Younow, everybody is simultaneously live and groups are able to interact with one another in rooms. In what ways can this development be used by creators to bolster engagement and monetization?

EY: While YouNow only allows creators to have one guest at a time, the opportunities for collaboration on Rize — where you can have up to four people on the main stage simultaneously (and thousands of others live on video interacting with one another while watching the broadcast) — are exponentially greater. I always tell emerging creators that collaborating with other broadcasters and sharing exposure to one another’s audiences is key to growth, and Rize really multiplies these opportunities in a major way.

Furthermore, the only person that can monetize during a guest interaction on YouNow is the host broadcaster. On Rize, however, anybody can monetize during a group broadcast — including the host, guests, and all of the viewers. So for instance, one popular way to collaborate on YouNow is a ‘Like Battle’, where two broadcasters coordinate to launch a stream at the same time to see who can get the most Likes. Now, on Rize, we’ll be able to have Like Battles in the same room, with thousands of people who are all able to monetize at the same time — almost like a multiplayer game on Xbox or Playstation.

TF: You’ve been testing a beta version of the app for several weeks. What has the experience been like in terms of purchasing and earning PROPS, as well as cashing them out?

That revenue is then used to buy PROPS from a nonprofit foundation, and PROPS are awarded daily to those contributors who are driving engagement on the platform. By earning in PROPS, I have a stake in the health of the PROPS ecosystem, which is super motivating as a creator. In my time on the platform, I’ve found the best way to earn PROPS is by generating engagement, watch time, and Likes. 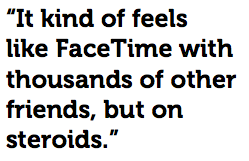 You can cash out PROPS at any time by putting them into a virtual wallet and exchanging them for whatever dollar value that they happen to be worth at the time. That said, holding onto PROPS gives you more clout and benefits within the app, including premium features, trending status, and the ability to double or triple the number of Likes you to deploy to other users (depending on how many you have).

TF: Do you have any other tips for new users given your experience with the app thus far?

EY: Rize is really easy to use. It kind of feels like FaceTime with thousands of other friends, but on steroids — plus it’s in the public eye, and you’re making money. It’s very user-friendly, and the many-to-many broadcasting feature makes it easier to actually see your fans. That isn’t as easy to do on YouNow, and being able to readily associate usernames with faces feels much more intimate.

TF: Rize also enables creators to create their own mobile apps — such as games — using the PROPS cryptocurrency platform. In what ways do you think creators may end up utilizing this ability?

EY: I started on YouNow broadcasting game shows — like matchmaking shows and talent competitions. And now, in addition to the multi-screen feature that Rize provides — which could allow me to introduce a bachelor and various suitors concurrently, for instance — I’d also be interested in developing a voting app that could make it easier for audiences to help choose a winner, to make it easier for crowdsourced game shows to function.

I also know that you’ll be able to create new apps on PROPS that require an admission fee. On YouNow, for instance, there’s a Subscriptions feature where viewers can pay $5 per month to get exclusive content. On PROPS, I’d be interested in creating an app that would feature exclusive content and streams for my subscribers. In addition to the monetization opportunities, adding permissions to broadcasts also helps avoid trolls and boils down your viewership to a loyal, engaged audience.