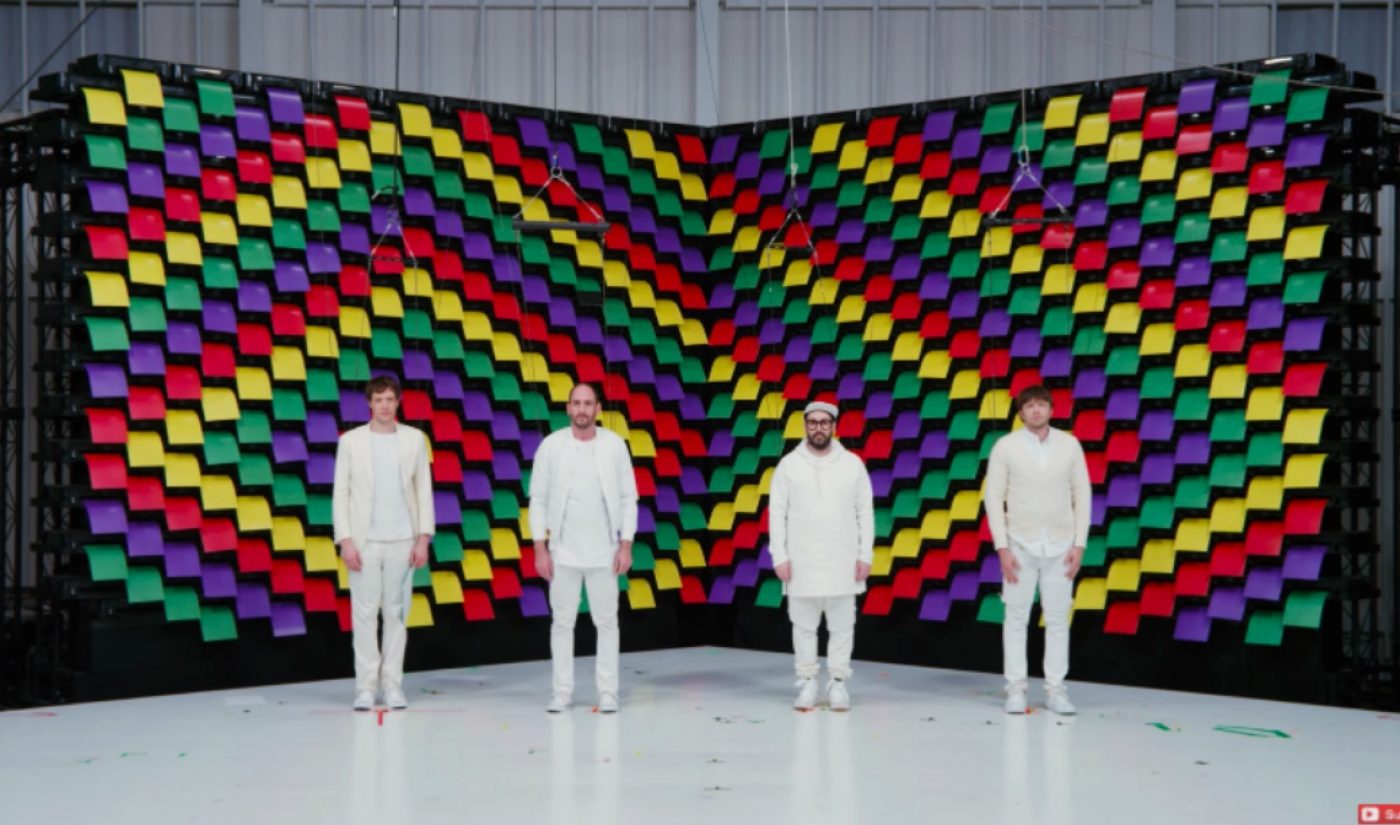 OK Go has been churning out mind-bending YouTube videos for more than a decade, and its latest effort shows it’s still capable of thinking up and executing grand creative concepts. The band’s music video for itssong “Obsession,” shot in front of a backdrop of 567 printers, arrived over the Thanksgiving holiday and received more than six million YouTube views in its first four days of activity.

The typical OK Go music video plays around with concepts like spatial orientation and perspective, and “Obsession” is no different. The printers spit out sheets of Double A paper that feature various colors, patterns, and shapes. Throughout the clip’s three-minute runtime, the members of OK Go are superimposed on the backdrop, sucked into some kind of paper vortex, and placed in many other fascinating positions.

As for the video’s environmental impact, OK Go has assured its fans not to worry. All of the paper from the printers was recycled, a disclaimer tells us, and proceeds from the video will be shared with Greenpeace.

[Editor’s note: OK Go has marked this video with an epilepsy warning.]

OK Go vaulted to international prominence after its music video for the song “Here It Goes Again” went viral in 2006. Its 2014 album Hungry Ghosts has inspired much of its YouTube work since then. Its tracks have been used, in chronological order, for a vehicular dance routine, a zero-gravity party, and the busiest 4.2 seconds ever put to film. A trip though the band’s music video archives is always a fun time; now, we can add “Obsession” to OK Go’s audovisual collection of greatest hits.