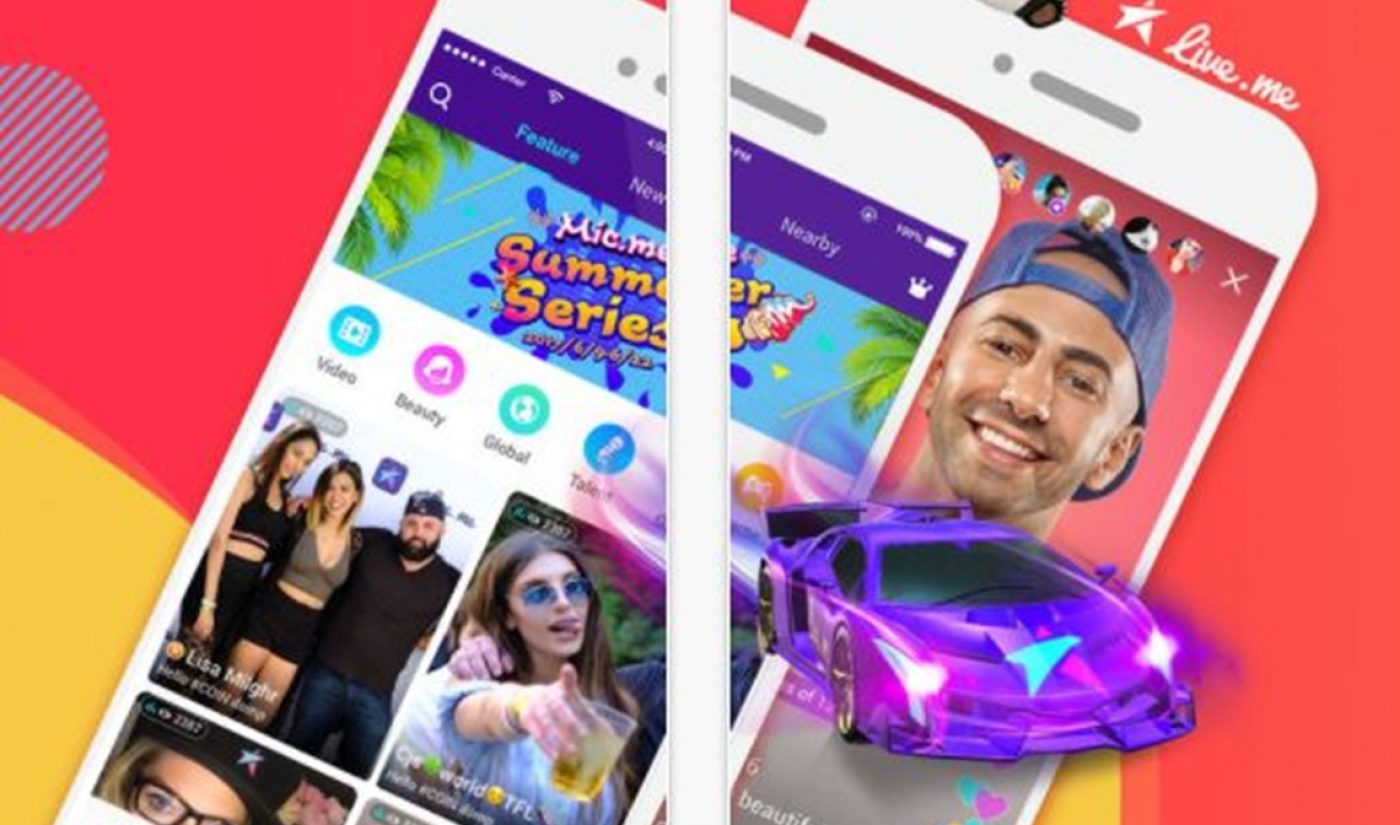 At roughly the same time that it acquired buzzy lip-syncing app Musical.ly for a reported $800 million, Chinese internet giant Bytedance has tendered a $50 million investment in the popular livestreaming platform Live.me. Live.me was launched less than two years ago by China-based Cheetah Mobile, and — like Musical.ly — has found massive popularity among American teens.

The Series B not only solidifies Beijing-headquartered Bytedance’s place as a major player on the American social video app scene, but also brings total funds raised by Live.me to a whopping $110 million. The company last raised a $60 million round in May from Matrix Partners China, Evolution Media China, Gobi Partners, and others. Live.me counts 40 million users who create 350,000 hours of content daily, and the company says it has paid out roughly $6 million worth of virtual gifts to broadcasters to date. Viewers spend an average of 40 minutes on the app every day.

As part of the investment, Live.me will become the preferred provider of livestreaming services for Bytedance’s internet properties overseas, according to a release. In addition to Musical.ly, Bytedance — which has a reported valuation of $20 billion — owns the AI-powered Toutiao, which it says is the largest news aggregation platform in China, as well as American apps like Topbuzz and Flipagram. The new funding will also be used to fuel Live.me’s expansion into new international markets.

“Live streaming video has become a worldwide phenomena, and we are pleased to be in a position to create new opportunities for broadcasters and exciting new forms of content for viewers,” said Live.me CEO Yuki He in a statement. “This strategic partnership will greatly benefit the continued growth of not only Live.me and Bytedance, but will help us expand our content distribution to new audiences and increase the monetization potential of our broadcasters.”

In addition to its flagship app, Live.me launched a second social video app last month called Cheez that enables users to create and share videos that are up to 17 seconds long.