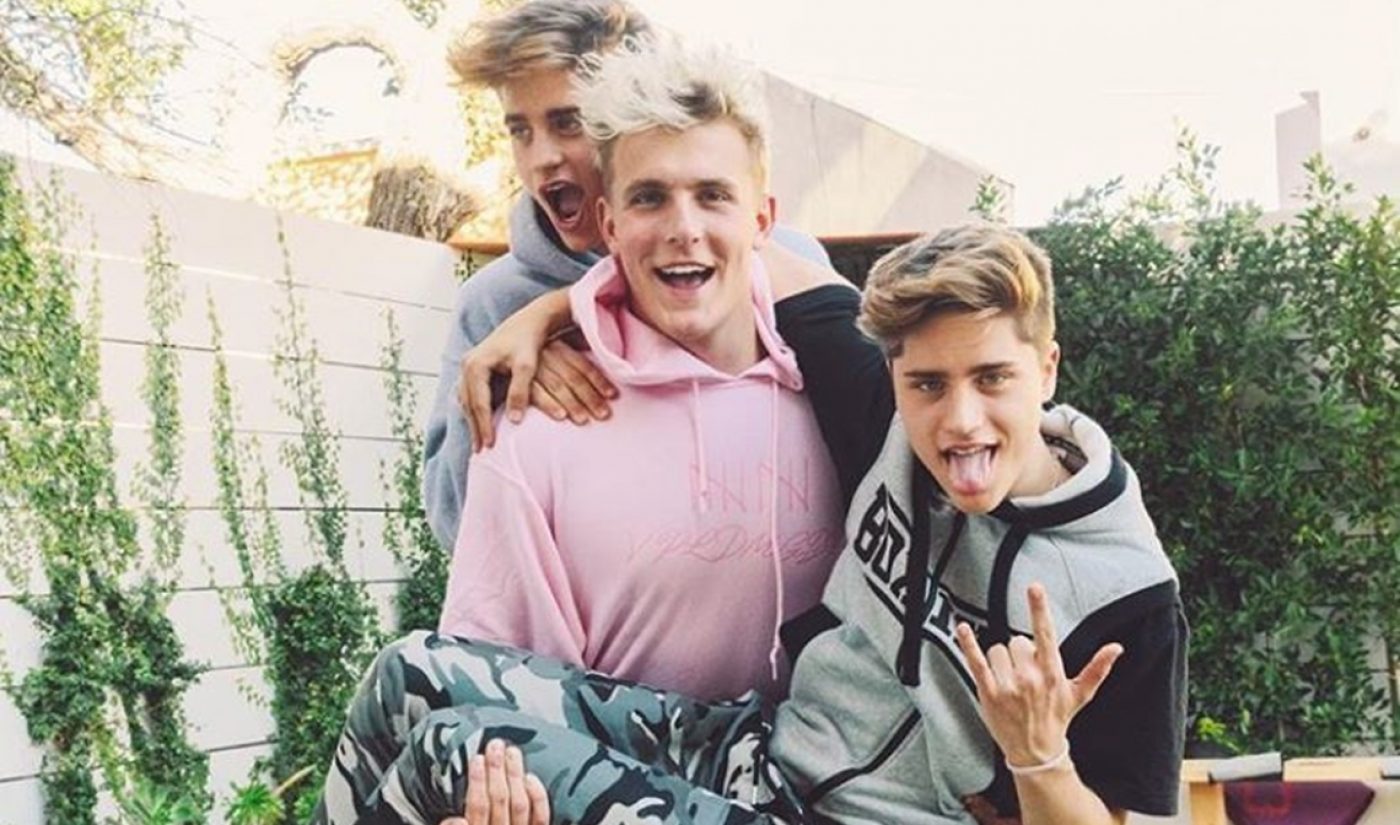 A massive rift in Jake Paul’s influencer collective Team 10 broke out over the weekend, when identical twin vloggers and former members Emilio and Ivan Martinez announced in a video that they have departed the group due to bullying.

The Martinez Twins, who hail from Spain and count 3.7 million subscribers on their flagship YouTube channel, say that the opportunity to work and live with Paul initially felt like a dream come true. Soon, however, Paul and the other Team 10 housemates began to make fun of them behind their backs, the 18-year-olds allege, due to their limited fluency in English. They also claim that they would go to sleep terrified every night, not knowing what kinds of pranks and stunts were bound to greet them in the morning. In their video (below), they call 20-year-old Paul a “bully.”

While Team 10 members regularly pull pranks on one another in the house, Paul’s antics have earned him the ire of former neighbors, resulted in his firing from the popular Disney Channel series Bizaardbark, and also embroiled him in a lawsuit for damaging a man’s hearing with a car horn.

Both the Team 10 organization and Paul have denied the accusations. Team 10 shared an open letter on Twitter over the weekend, stating that, “We all lived together, laughed together, and fell out together, but we always sat down and made up — like all families do. What [the Martinez twins] said in the video simply isn’t true.” The letter also suggests that an external manager named Morgan Terrelle — hired by the boys at Paul’s suggestion — may at least in part be behind the rift.

On his personal Twitter account, Paul has also fired back, claiming that he feels stabbed in the back, and that he’d still welcome the twins back into the Team 10 fold if they could communicate with one another and reach an understanding of sorts. “Stop being immature and making videos so you can get views and prove your point,” he wrote. “Talk to me like a man in person. We can fix this. Videos won’t fix anything. Do you just want attention?!”

The Martinez Twins say that they will post another video today exposing more ways in which they were mistreated by Paul. You can check out Team 10’s letter to fans, as well as a few of Paul’s tweets in response to the matter, right here.

I️ promise on my life that I’ve been publicly backstabbed & betrayed more than any person I’ve ever met. Hate 2 play “victim” & b soft but I️t is crazy 2 me. I️ just want 2 change peoples lives 4 the best. The truth always comes out & the great always shine through the lies.

If the internet had the truth on any “drama” situations I’ve ever been things would be so different😩 I stay silent 2 protect others & keep them out of jail & 2 stay out of negativity. But I think imma be a little more vocal from now on. Done being painted as the bad guy….

In response to Emilio and Ivan’s video: pic.twitter.com/pCEwH4I7ZW