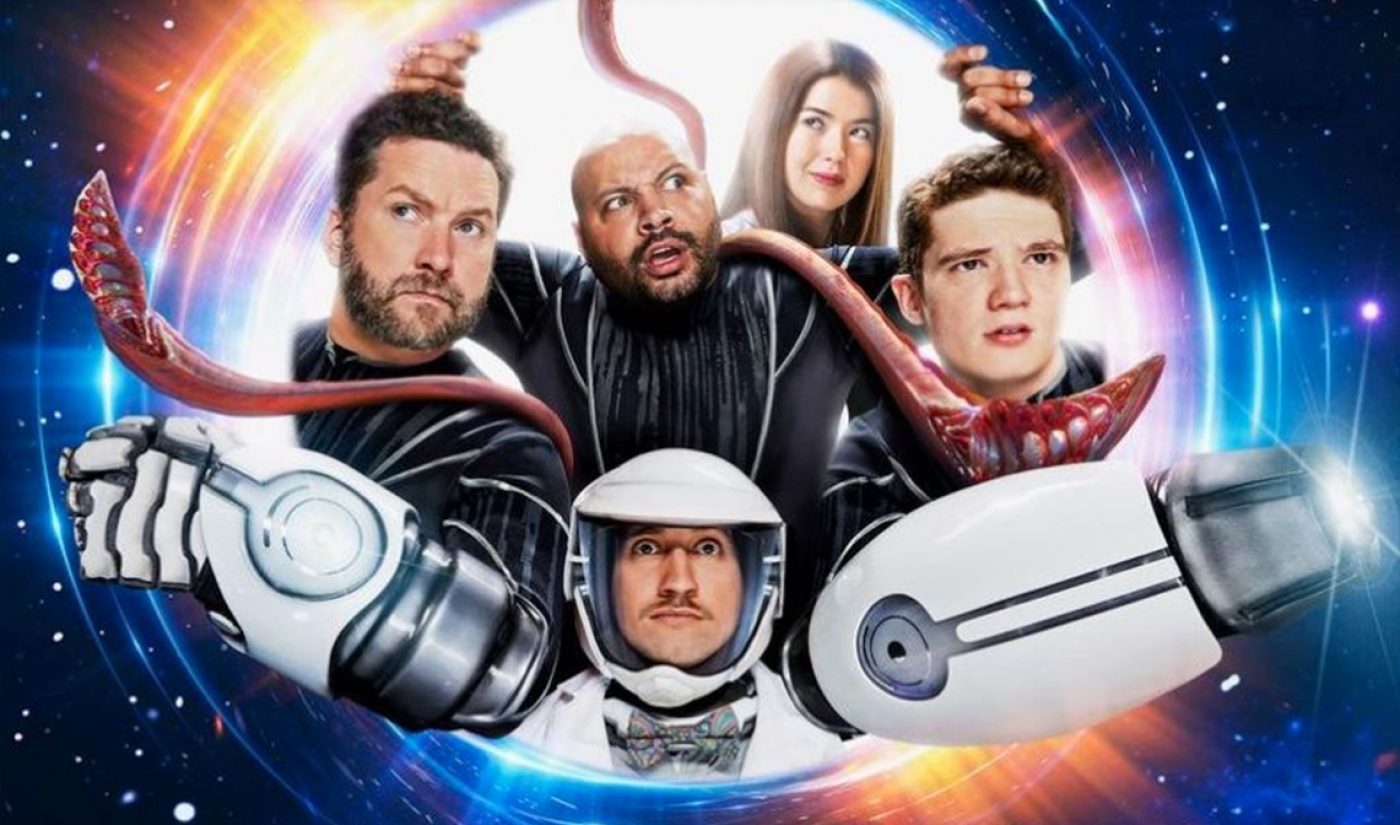 Rooster Teeth has released the full-length trailer for Lazer Team 2 — the Austin-based production outfit’s highly-anticipated sequel to its first-ever feature film. Lazer Team 2 will debut on YouTube Red on Nov. 22 — though a limited theatrical release courtesy of Gunpowder & Sky is planned ahead of that date. (Tickets are available here).

The film will see original cast members Colton Dunn (Superstore), Burnie Burns (Rooster Teeth), Gavin Free (The Slow Mo Guys), and Michael Jones (RWBY) back in action as the titular squad. The second installment, however — co-directed by Daniel Fabelo and Matt Hullum — sees the pressures of sudden fame having divided the unlikely band of alien-fighting heroes. And when Free’s character goes missing on a secret research mission, it will be up to a new character, played by Nichole Bloom (Superstore), to rescue their lost friend and get the team back together. Also joining the cast is Victoria Pratt (Mutant X).

The first Lazer Team film was financed by a record-breaking crowdfunding campaign that raised over $2 million in just 30 days. Rooster Teeth also crowdsourced a theatrical run for the film via Tugg that clocked $1 million in box office sales over the course of several weeks.

Check out the trailer for Lazer Team 2 right here: