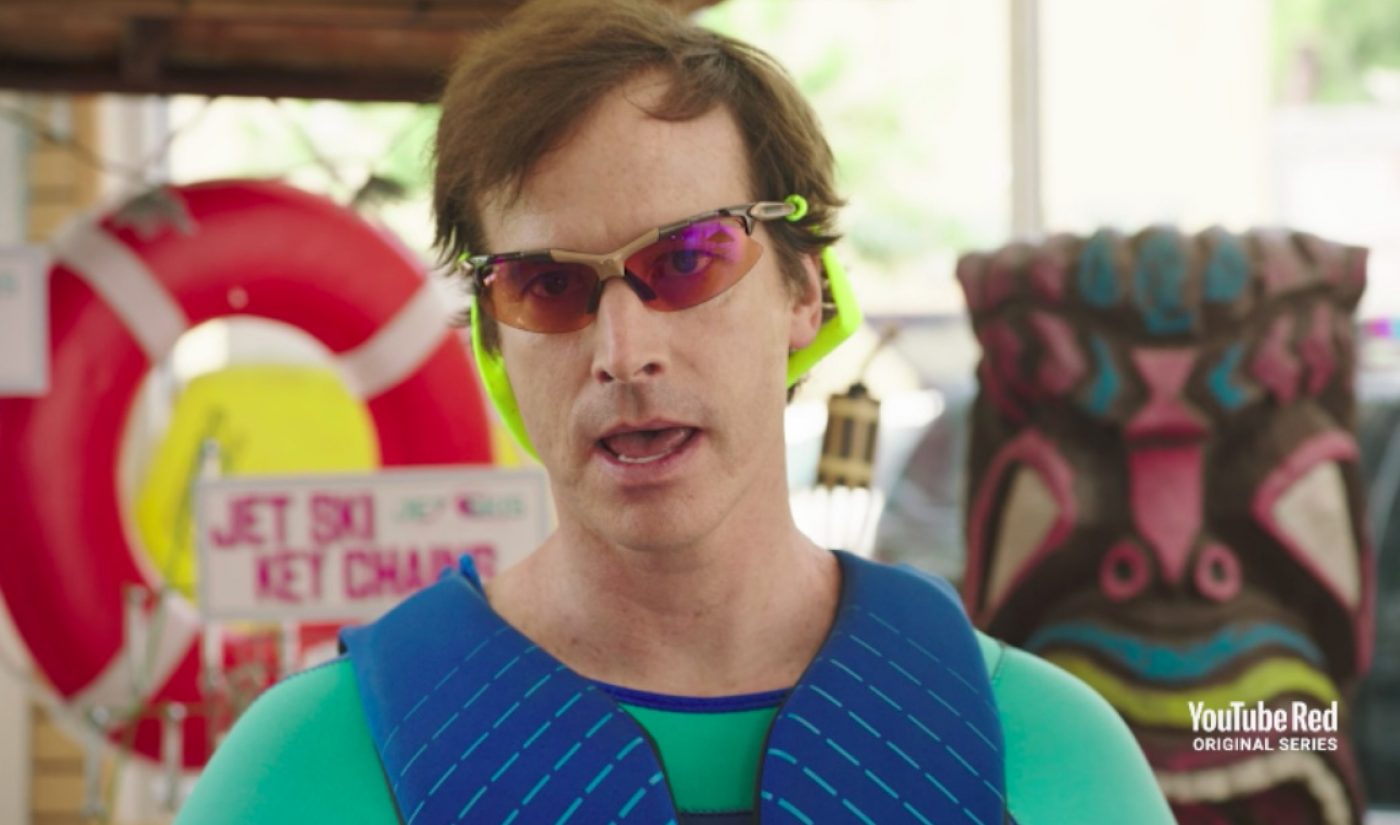 Rob Huebel has a great track record in the world of digital entertainment, and his latest project is just weeks away from its premiere. Huebel is the star of Do You Want To See A Dead Body?, a comedy that will be released on November 15 on YouTube Red.

Dead Body stars Huebel as an exaggerated version of himself. In each episode, Huebel links up with one of his famous friends and takes them on a circuitous trip to discover a corpse. The show’s trailer shows off the guests viewers can expect to see; Huebel’s list of celebrity buddies includes Terry Crews, Justin Long, and Paul Scheer, the last of whom frequently collaborates with Huebel.

Funny or Die is serving as one of Dead Body‘s producers, and the show is based off a series of sketches distributed by the digital comedy platform. Those clips, from 2011, make it clear that Dead Body is less about answering the question posed in its title and more about giving the comedians involved in it a chance to crack wise.

The other production company working on Dead Body, Abominable Pictures, is known for creating inspired parodies like Burning Love and Children’s Hospital, which it distributes across a variety of digital and TV channels. Huebel often shows up in Abominable’s content; earlier this year, they teamed up to create Drive Share, a clever comedy set in an Uber that ultimately earned a Streamy Award nomination.

In three weeks, we’ll learn if Dead Body can continue Abominable’s digital video hit streak. In the meantime, viewers who are seeking meta-comedy set among Hollywood actors can check out another YouTube Red series, Ryan Hansen Solves Crimes On Television, which premieres on October 25.