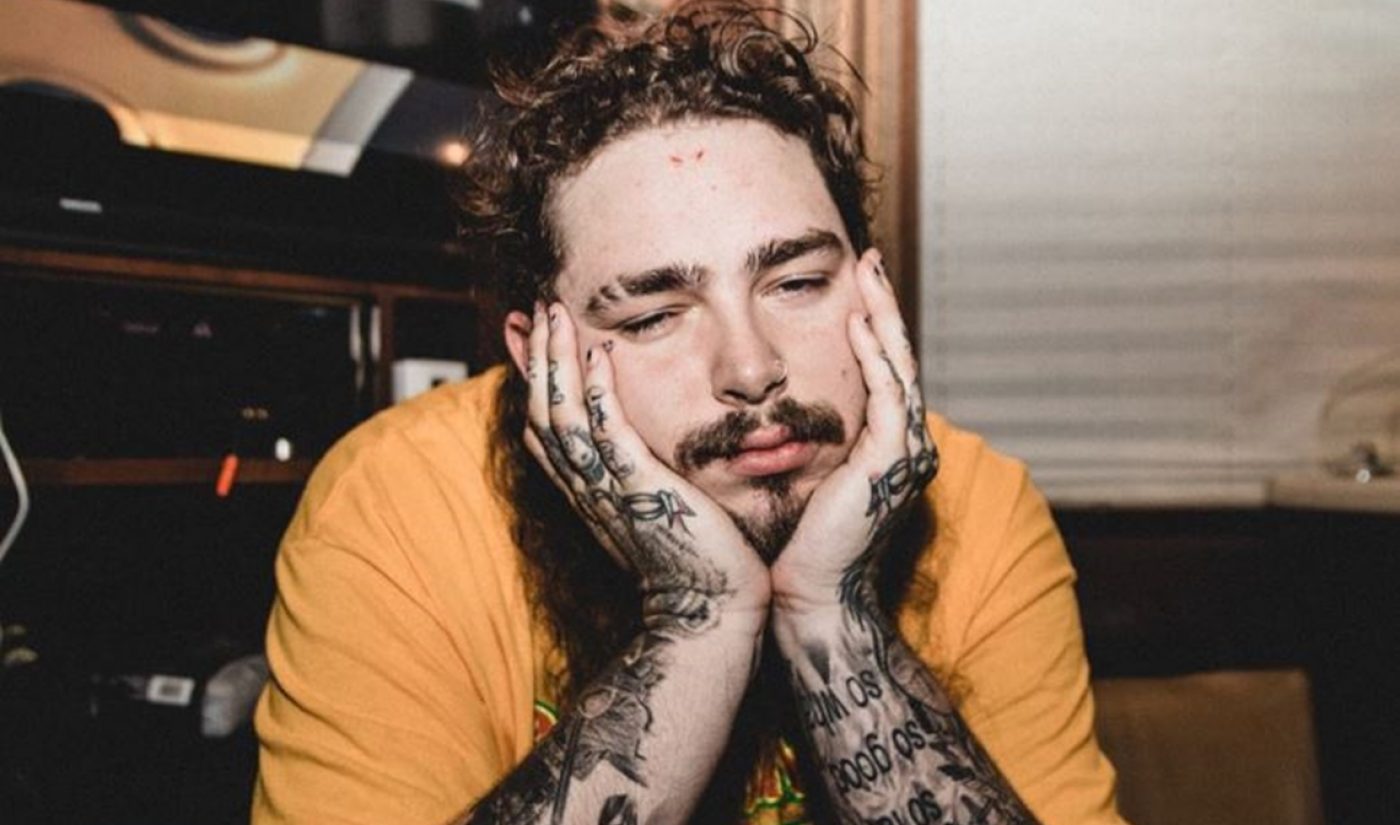 However, several reports claim that the feat appears to be due to a YouTube clip posted by Post’s record label, Republic Records, featuring the chorus of the track on a loop, which has garnered more than 49 million views to date (see below). While comments for the video — which is presented as if it were the full song — have been disabled, a link in the description directs users to where they can actually hear the track in full.

According to The New Yorker, the video likely marks a ploy by Republic Records to “generate fully counted streams for Post Malone’s new single while also preventing YouTubers from hearing the full song.” In other words, while YouTube views help boost a song’s position on the charts — 150 free streams is equivalent to one download, according to the Recording Industry Association of America (RIAA) — Republic Records also sought to direct viewers to other platforms that they say earn them more money, given the so-called YouTube ‘value gap’.

Republic also appears to be gaming the system, per The New Yorker, in that Rockstar consumption is doubled as a result of the YouTube video — because anyone who wants to hear the song in full must listen again on another platform.

Post responded to the controversy on Twitter (below), and also shared an article by Genius, which claims that the looping YouTube video is not the reason that Rockstar shot to the top of the charts. Genius reports that Post was significantly outperformed in terms of YouTube streams this week by Cardi B (Bodak Yellow), Logic, (1-800-273-8255) and Taylor Swift (Look What You Made Me Do), according to data provided by Nielsen. Therefore, Post would have had to best competitors on other venues like Spotify and Apple Music in order to hit the number one spot.