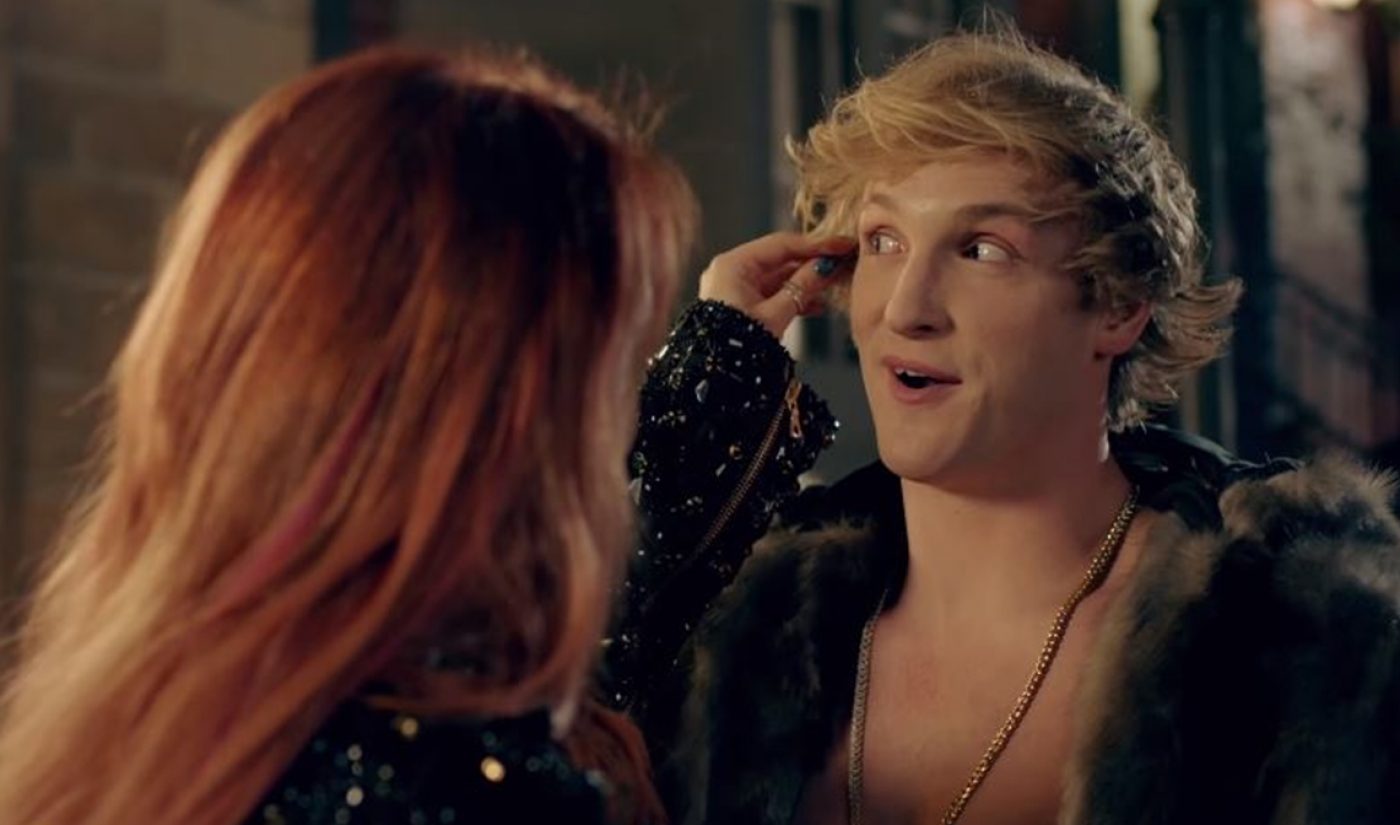 In the sexually-charged video for “Outta My Hair“, Thorne — who has appeared in several AwesomenessTV productions including Shovel Buddies and You Get Me — is so smitten by Paul’s mop top that she’s driven to madness. The song features lyrics like “Running your fingers through all of this blonde ambition” and “Trying to blow-dry and brush it you just want to touch it, I can’t get you outta my hair.” The music video has clocked a staggering 6 million YouTube views in less than a day — and is also available to stream on Spotify or purchase on iTunes.

Such massive viewcounts are run of the mill for Paul, who is the fastest creator in YouTube history to surpass 10 million subscribers — and who now counts upwards of 12.5 million subs. His music videos are among his most-watched videos ever, including “Help Me Help You” starring Shay Mitchell (138 million views), “The Fall Of Jake Paul” (114 million views), and “The Rise Of The Pauls” (50 million views). Paul also collaborated with Dwayne ‘The Rock’ Johnson in June on a track called “Song Of The Summer” to promote the Baywatch movie.

Check out the video for “Outta My Hair” below: