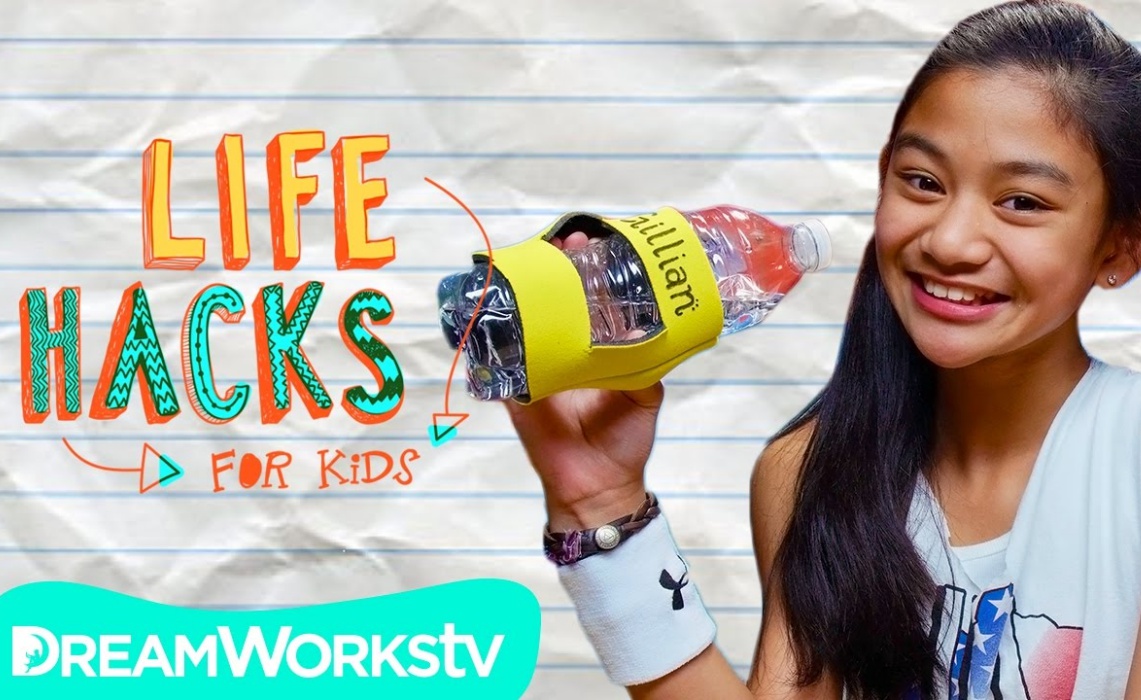 Film, TV, and digital are colliding as a family-friendly online video destination branded by a theatrical studio is bringing a program to a linear channel. DreamWorksTV, which is run by the team at AwesomenessTV, will run a spin-off of its show Life Hacks For Kids on the Universal Kids Network, formerly known as Sprout.

In Life Hacks For Kids, which has run for more than 150 episodes on the DreamWorksTV YouTube channel, follows industrious youngsters as they engage in a number of DIY projects. The series is characterized by a colorful set and a chipper tone, making it easygoing, all-ages fare. A recent episode featured a number of book-related hacks in order to promote the show’s own literary tie-in, which arrived on shelves earlier in October.

The TV version of the show will be titled Life Hacks For Kids: On The Road, and it will be hosted by Gillian Espina, who also appears on the web version of the program. Ten half-hour installments are planned, the first of which will premiere sometime next year.

DreamWorksTV launched in 2014 and quickly claimed a large audience of young viewers. On the Road marks its first foray into the world of linear television. “At DreamWorksTV we’re consistently looking to create programs and franchises that can inform and entertain a generation of children who are incredibly curious about the world around them,” said Birk Rawlings, Head of DreamWorksTV, in a press release. “We’re incredibly excited to be teaming up with Universal Kids to expand the reach of the Life Hacks for Kids brand and continue to bring families quality children’s entertainment that they can trust.”

The Universal Kids Network, as you may have guessed from its name, is run by the media company NBCUniversal, whose owner Comcast acquired DreamWorks Animation last year in a deal valued at approximately $3.8 billion.