YouTube has made a slight-but-mighty update to its iOS app today that’s bound to make sharing videos via text message even easier.

Version 12.38 of the YouTube app adds iMessage support, meaning that users can now share videos within the texting app with a single tap. YouTube will appear as an option within the new iMessage app drawer, per MacRumors (see below), and users can either share recently viewed videos or search YouTube for clips that might be of interest to friends. (While YouTube had not previously been integrated into Apple‘s iMessage app, the video giant launched its own native sharing and chat feature in August).

Additionally, a new player will appear within users’ text messages enabling fullscreen playback. Other new features within the iMessage player include a ‘watch later’ button, recommended videos, and an ‘open app’ button to launch YouTube.

The other big change arriving with YouTube version 12.38 on iOS is a swipe-to-remove gesture for videos in playlists. Check out screenshots of the new iMessage integration, courtesy of MacRumors, right here: 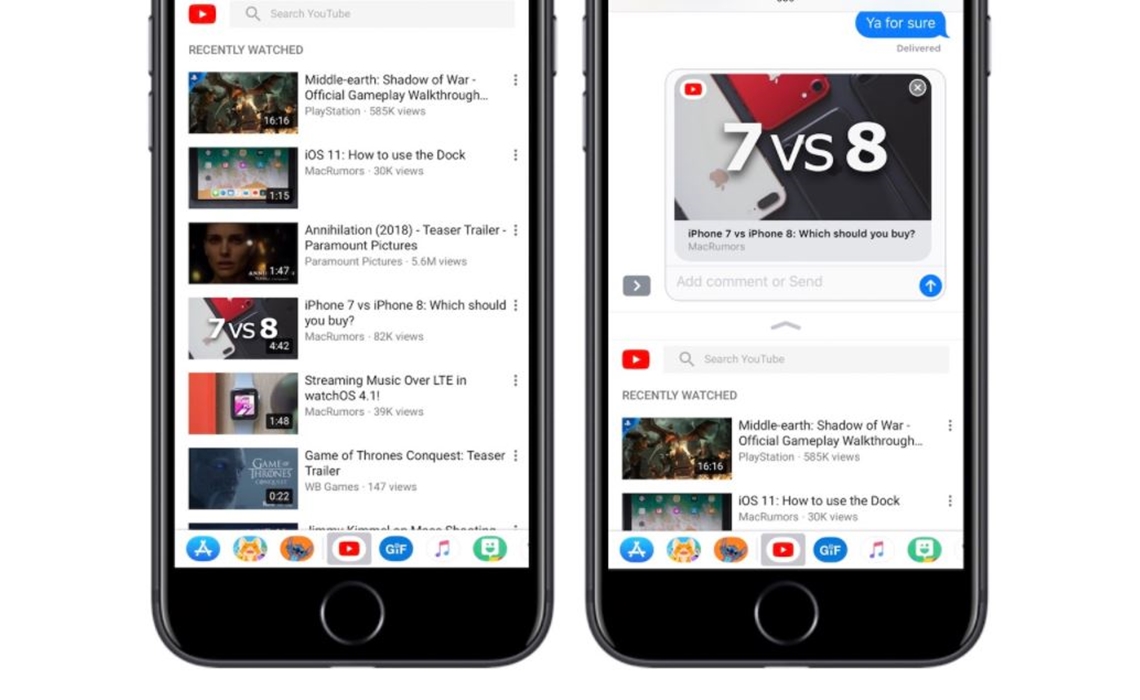