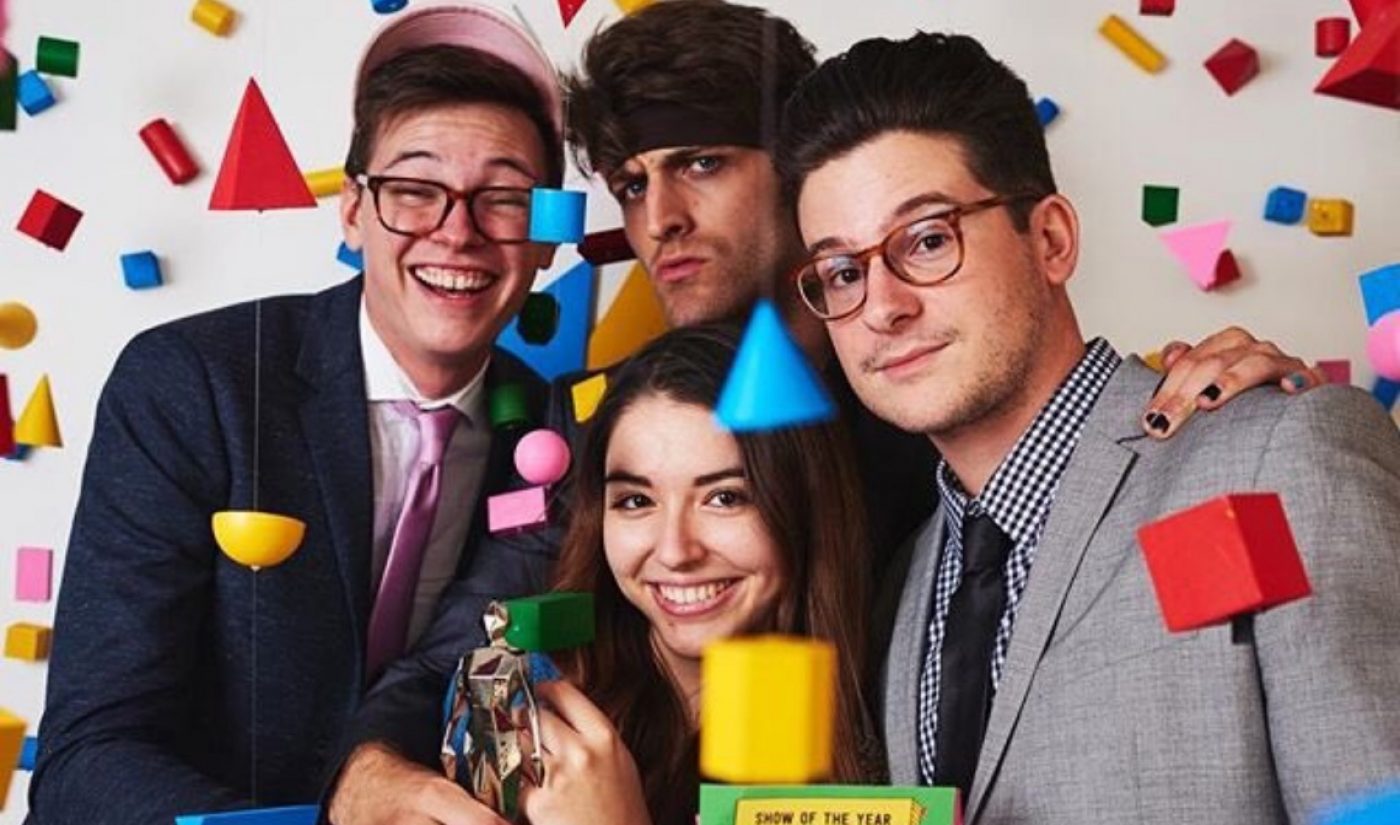 After an evening filled with sharp, self-deprecating humor, the 7th Annual Streamy Awards ended by celebrating a parody of the vlog format and a pair of fraternal stars. The web series Sugar Pine 7, produced by Rooster Teeth, was named Show of the Year, while The Dolan Twins took home the Creator of the Year trophy.

Both Sugar Pine 7  and The Dolan Twins had to marshal titanic support from their respective audiences in order to triumph in the Streamys’ two fan-voted categories. In accepting Show of the Year honors, Sugar Pine 7 ringleader Steven Suptic expressed disbelief that he and his colleagues had actually pulled off the win:

In total, 17 awards were handed out during Tuesday night’s Streamys ceremony. Jon Cozart, with some help from his devilish wit and tiny guitar, delivered a memorable turn as the show’s host. From the stage, he roasted dozens of YouTubers, himself, and the Streamys itself, referring to it as “the fourth Jonas Brother of award shows.”

With Sunday night’s Streamy Premiere Awards added in, trophies were handed out in 41 as part of the 2017 edition of the online video industry’s most notable celebration. Three entities — Casey Neistat, Caught star DeStorm Power, and the New Form/Go90 series Mr. Student Body President — managed to pick up multiple wins.

Here is a full list of this year’s Streamy winners:

Show of the Year:

Creator of the Year:

This is Everything: Gigi Gorgeous

Acting in a Drama:

Acting in a Comedy:

The Streamys Premiere Awards were given out Sunday, with winners including Honest Trailers with Ryan Reynolds, Ariana Grande and The Young Turks, among others.