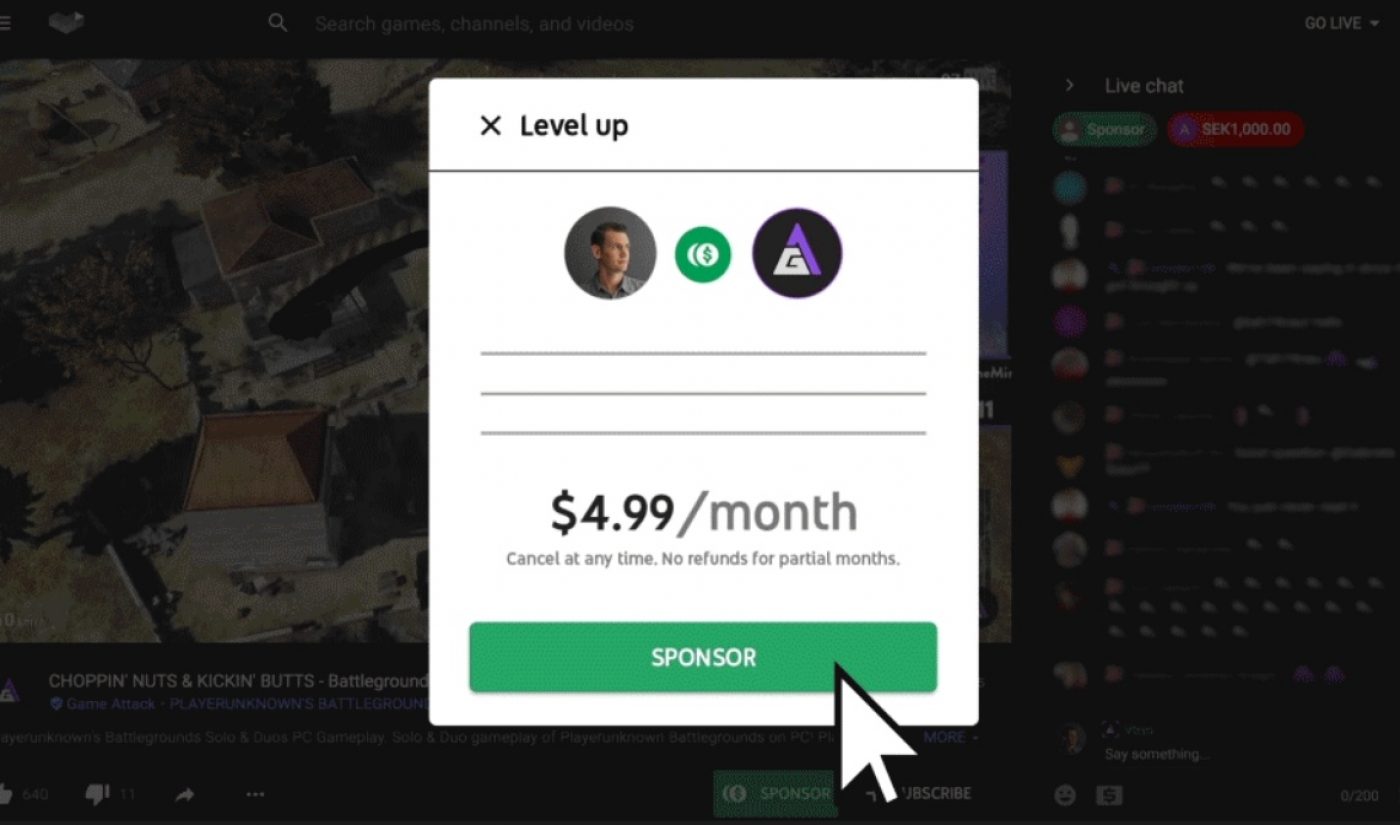 On live streaming platform Twitch, a viable economy has been established thanks to the presence of subscriptions, which provide extra features to viewers who donate to their favorite creators. Now, YouTube’s answer to that feature is rolling out to a larger portion of its users. The video site has made its sponsorships available to all “eligible” gamers.

To qualify for sponsorships, YouTube gaming channels must have at least 1,000 subscribers, comply with the site’s terms and policies, and meet a few other simple requirements. Once enable, sponsorships allow gamers to grant bonuses to viewers who agree to pay $4.99 per month. Those perks include access to exclusive chat windows and creator-specific emoji. The gif below shows off a few of the benefits conferred by this premium tier:

For gamers, many of whom are currently being squeezed by monetization restrictions YouTube has enforced over the past two months, the additional monetization options on YouTube Gaming are vital. In addition to sponsorships, a tool called Super Chats has also proved valuable. According to YouTube, channels like GameAttack now earn the majority of their YouTube revenue through these features.

Sponsorships, first announced in 2015, are particularly popular among gamers, but YouTube believes such a system could prove lucrative for creators who ply their respective trades in other categories. To that end, the site has launched a closed beta version of sponsorships for non-gamers, and has selected Lauren Fairweather and Que Diabos as two of the early participants in that experiment. It has also invited additional videomakers to apply for access if they think sponsorships are right for their channels.

The expanded rollout of sponsorships is also causing YouTube to axe a four-year old feature that has proved unpopular. The site’s paid channels, which it launched in 2013 as a way to bring more income to its creators, will be shut down. That feature generated poor results in the months after its launch, and YouTube noted that only a small portion of users employed paid channels. While sponsorships and paid channels are both founded on the idea that creators should be able to generate additional revenue from paying superfans, the former service is much more seamless and easy to use — not to mention that it also has a proven track record for success thanks to the popularity of Twitch’s subscriptions.

If you run a gaming channel on YouTube and meet the prerequisites, you can turn on sponsorships here.