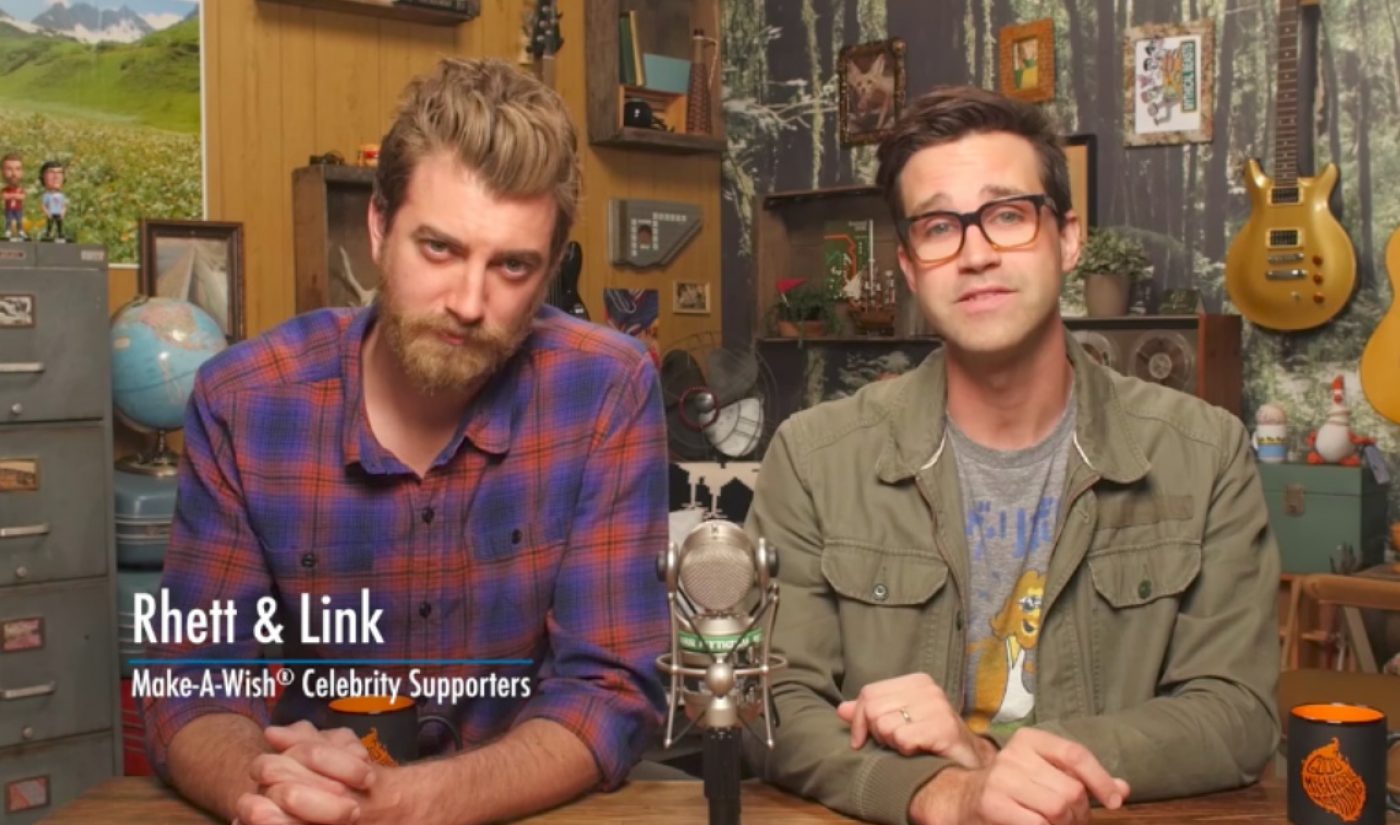 Since becoming two of YouTube’s biggest stars, Rhett McLaughlin and Link Neal — known collectively as Rhett & Link — have granted numerous requests for their fans through the Make-A-Wish Foundation. Rhett & Link have done more than just grant wishes for sick children who wish to meet them — they’ve also served as ambassadors for Make-A-Wish and its mission.

Now, they are being honored for their service. They have been tabbed as two recipients of the 2017 Chris Greicius Celebrity Award, which celebrates the stars who have worked closely and tirelessly with Make-A-Wish.

The Chris Greicius Award is named after the first child to ever receive a wish, and its previous winners have included Katy Perry, Will Smith, Tony Hawk, and Bruno Mars. Its recipients are characterized by the enthusiasm with which they grant wishes for their fans.

Rhett & Link have shown that enthusiasm in spades. They have served as brand ambassadors for Make-A-Wish and have appeared in multiple videos on the organization’s YouTube channel. In one, they met with a young fan at VidCon. In another, they explain the positive effect that successful wishes can have on a sick child.

Rhett & Link have long served as two of YouTube’s most gracious stars, and the plaudit they have received from Make-A-Wish is the latest testament to their esteemed character. Their award will be conferred upon them during a ceremony in Scottsdale, AZ on October 19.