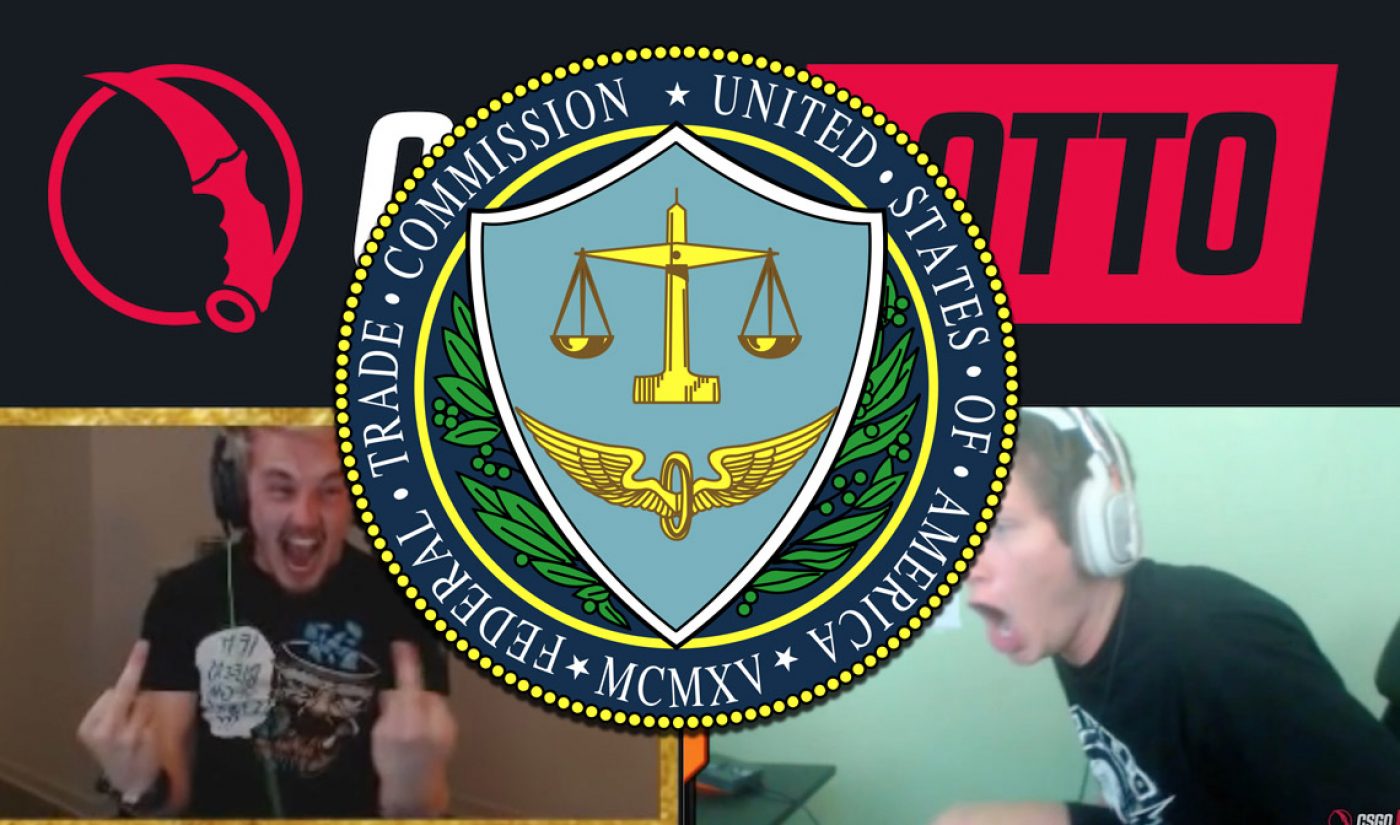 The Federal Trade Commission (“FTC”) announced Thursday they have reached a proposed settlement of charges against two popular YouTubers, Trevor “TmarTn” Martin and Thomas “Syndicate” Cassell, for failure to properly disclose ownership interests in the online gambling service CSGO Lotto following endorsements made in a series of YouTube videos and tweets.

This is the first time the FTC has taken action against individual social media influencers and serves as a very public example of what can happen when influencers share sponsored content on social platforms without proper disclosures. A screenshot from the video “HOW TO WIN $13,000 IN 5 MINUTES (CS-GO Betting)” shows Martin’s reaction to winning a jackpot on the CSGO Lotto site. Watch the full video here.

CSGO Lotto serves as a skin betting site for the popular first-person shooter game Counter-Strike: Global Offensive, known as CS:GO for short. As previously reported, the connection between the gambling service and the two YouTubers was first unveiled in a video by Honor the Call, and subsequently in a video by h3h3Productions. The FTC complaint included allegations that CSGO Lotto, Martin, and Cassell violated Section 5(a) of the FTC Act, which states, in part, that “unfair or deceptive acts or practices in or affecting commerce…are…declared unlawful.” (15 U.S.C. Sec. 45(a)(1)).

In the UK, YouTubers have also faced scrutiny from the UK Gambling Commission for failure to properly disclose endorsements and paid promotional content. It’s been less than a year since YouTube rolled out a built-in feature allowing creators to automatically display a message “Includes paid promotion” at the start of a video. Instagram rolled out a similar tool in June. It’s unclear how frequently these tools have been adopted by content creators, but both arrived after the videos at issue in the FTC complaint were posted.

In a press release, the FTC noted CSGO Lotto, Martin, and Cassell paid anywhere between $2,500 and $55,000 to well-known influencers in exchange for positive promotion of CSGO Lotto on social media sites, including YouTube, Twitch, Twitter, and Facebook. However, they failed to have any notice requirements that the posts were sponsored. As part of the proposed settlement, CSGO Lotto, Martin, and Cassell are required to “to clearly and conspicuously disclose any material connections with an endorser or between an endorser and any promoted product or service.” An example of an allegedly non-FTC compliant Tweet from Martin used as evidence by the FTC.

Equally important, the proposed settlement requires that not only CSGO Lotto, Martin, and Cassell properly comply with FTC disclosure guidelines, but also places an additional burden on them to properly monitor and ensure compliance by any endorsers they partner with for promotional purposes in the future. CSGO Lotto, Martin, and Cassell will be required to submit a compliance report on the one-year anniversary of the finalized order and settlement, in addition to ongoing compliance monitoring by the FTC for a period of up to 20 years. There appear to be no monetary or financial penalties in connection with the settlement.

The FTC will accept public comments on the proposed settlement until October 10, 2017, after which time the FTC will decide whether it becomes final. The complete documents are available on the FTC case site.

This isn’t the first time Cassell has been mentioned in an FTC complaint, as pointed out by FTC senior attorney Lesley Fair. In 2015, the FTC reached a settlement with Machinima. In the complaint, the FTC references two Xbox One review videos uploaded by Cassell to his YouTube channel, for which he reportedly earned $30,000 and allegedly failed to include proper disclosures.

The FTC has simultaneously announced that 21 warning letters have been sent to influencers previously contacted by the FTC’s staff. Back in April, over 90 “educational letters” were sent to Instagram influencers as a reminder to properly disclose any “material connection” with a marketer or when they are endorsing a brand.

The FTC put together this handy infographic to easily convey four important principles social media influencers should know about. Notice they clearly indicate built-in disclosures provided by services, as discussed above, may not be sufficient.

In the 21 warning letters, dated September 6, 2017, FTC Division of Advertising Practices associate director Mary K. Engle identifies specific posts shared by the influencer and asks for a response to their inquiry no later than September 30, 2017. Currently, the FTC will not disclose the identities of the 21 influencers receiving the warning letters. However, the warning letters and names of the recipients were previously obtained by journalist Ryan Barber through a Freedom of Information Act (“FOIA”) request. If the same method is used, the 21 recipients, along with their social media accounts and allegedly violating posts, could be revealed in a similar manner in less than a month. It will largely depend upon whether this would be classified as protected information due to an ongoing investigation, or some other exemption. Otherwise, the FTC may file complaints which would become publicly available and potentially reveal additional details surrounding the warning letters.

You can also click here to read a sample letter the FTC sent to the social media influencers.

Rounding out the flood of announcements, the FTC has unveiled an updated version of their ‘best practices’ document, The FTC’s Endorsement Guides: What People are Asking, last updated in 2015. The newer version includes guidance for, among other things, proper disclosures on services like Snapchat and placement of disclosure messages, such as #ad or #ambassador.

The full press release covering all three updates is available on the FTC website.