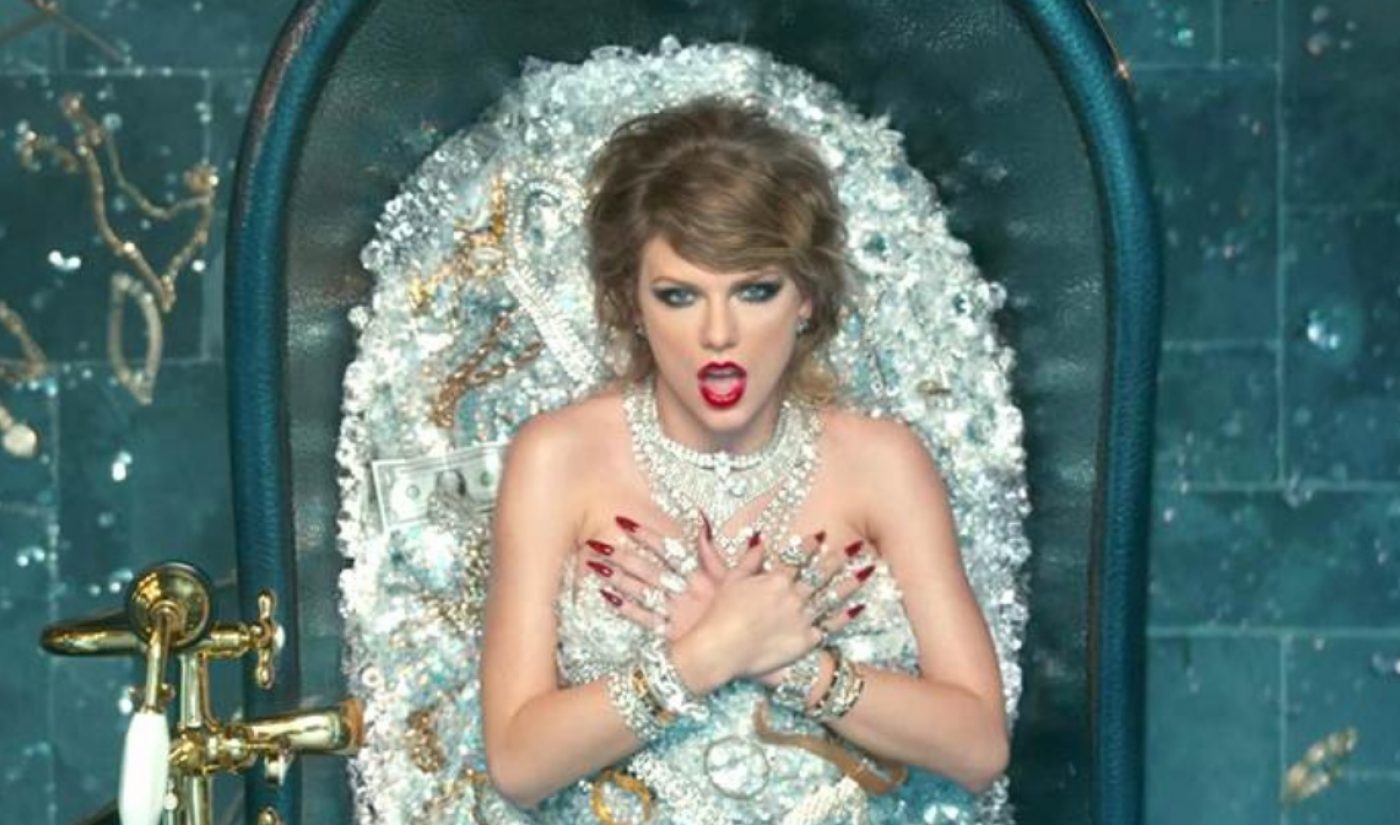 Taylor Swift‘s new song, “Look What You Made Me Do,” has generated an avalanche of headlines thanks its many references, its catty tone, and its stylistic departure from Swift’s previous work. So what happens what a musical megastar whose videos sometimes receive billions of views releases her buzziest track yet?

The answer: Records get broken. At the time of this post, one day after the “Look What You Made Me Do” music video was first uploaded to YouTube, it has pulled in more than 35 million views. With that total, it has broken the record for the most views received by a single YouTube video in its first 24 hours of activity.

An exact viewcount for the first 24 hours of “Look What You Made Me Do” has not yet been determined, but Variety pegged the clip’s one-day total at 31 million and rising. For comparison, the previous record holder — Adele‘s video for her powerful song “Hello” — scooped up 27.7 million views during its first day on YouTube, and it eclipsed the 50 million mark on day two.

At this point, there’s no doubt “Look What You Made Me Do” will achieve many other YouTube milestones; the only question is how many. Swift’s most viewed YouTube video of all-time, which accompanies her song “Blank Space,” has been watched more than 2.1 billion times. Beyond that “Space” lies “Despacito,” which recently pipped Wiz Khalifa and Charlie Puth’s “See You Again” to become the first YouTube video to ever receive three billion views. “Look What You Made Me Do” has a chance to surpass both of those videos, unless we collectively get sick of Swift’s shtick before then.