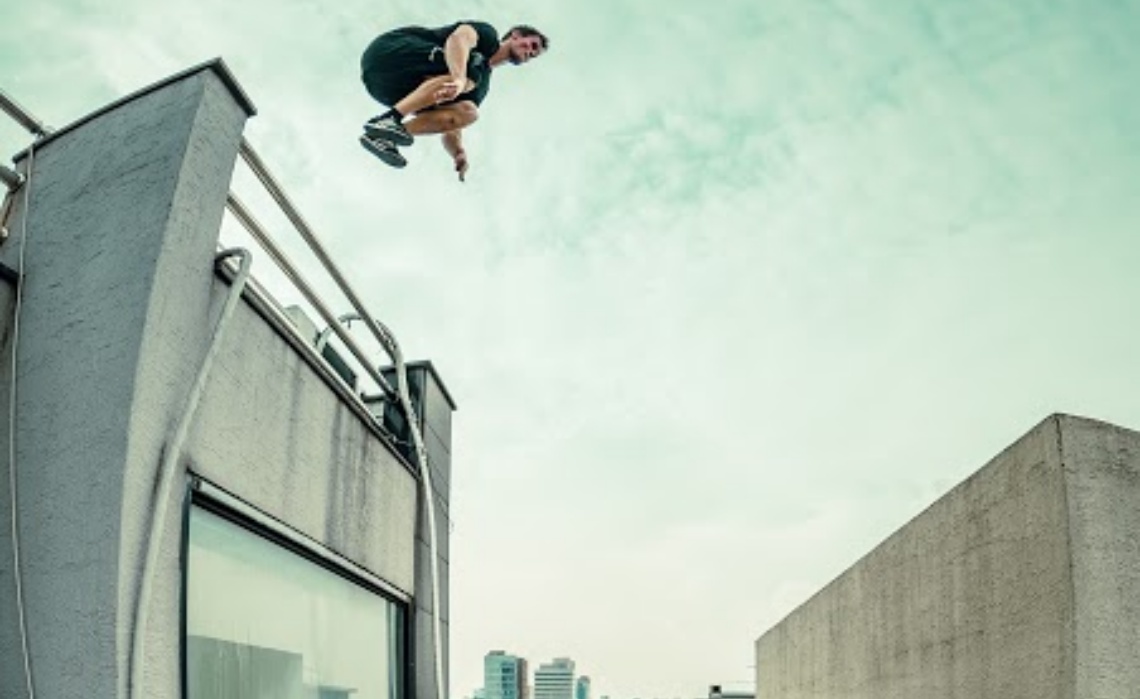 After dazzling YouTube viewers with their gravity-defying acrobatics, the athletes of Storror are leaping to a longer format. The freerunning collective, which features seven fearless parkour experts, is set to launch a 90-minute documentary feature called Roof Culture: Asia.

The upcoming documentary will feature Storror’s exploits across several Eastern metropolises, including Tokyo, Seoul, and Hong Kong. As they jump, slide, and flip their way across tall buildings, the featured athletes will attract the attention of law enforcement, and their interactions with local officials will add extra drama into their film.

Storror previous applied the “Roof Culture” title to a six-minute video that arrived on the group’s YouTube channel in 2014. In that montage, as in the upcoming film, daring freerunners zipped across city skylines at a frenetic pace.

The official Storror YouTube channel reaches more than 500,000 subscribers, but the group hopes Roof Culture: Asia will be able to appeal to both hardcore fans and casual viewers. “I don’t know if anything like that will happen again, that was a special year, and a crazy 6 weeks shooting,” said Storror team member Drew Taylor in a press release. “If you’re interested in parkour in any capacity or even just any kind of sport in which you need to challenge yourself mentally, this really shows how people can push themselves to achieve insane things, not only just in terms of movement but also in terms of producing a film like that.”

Roof Culture: Asia will be Storror’s second film, following up a 2015 Thailand-set entry called Supertramps. This documentary, like that one, will be released through Vimeo On Demand; it is set to arrive on September 4.