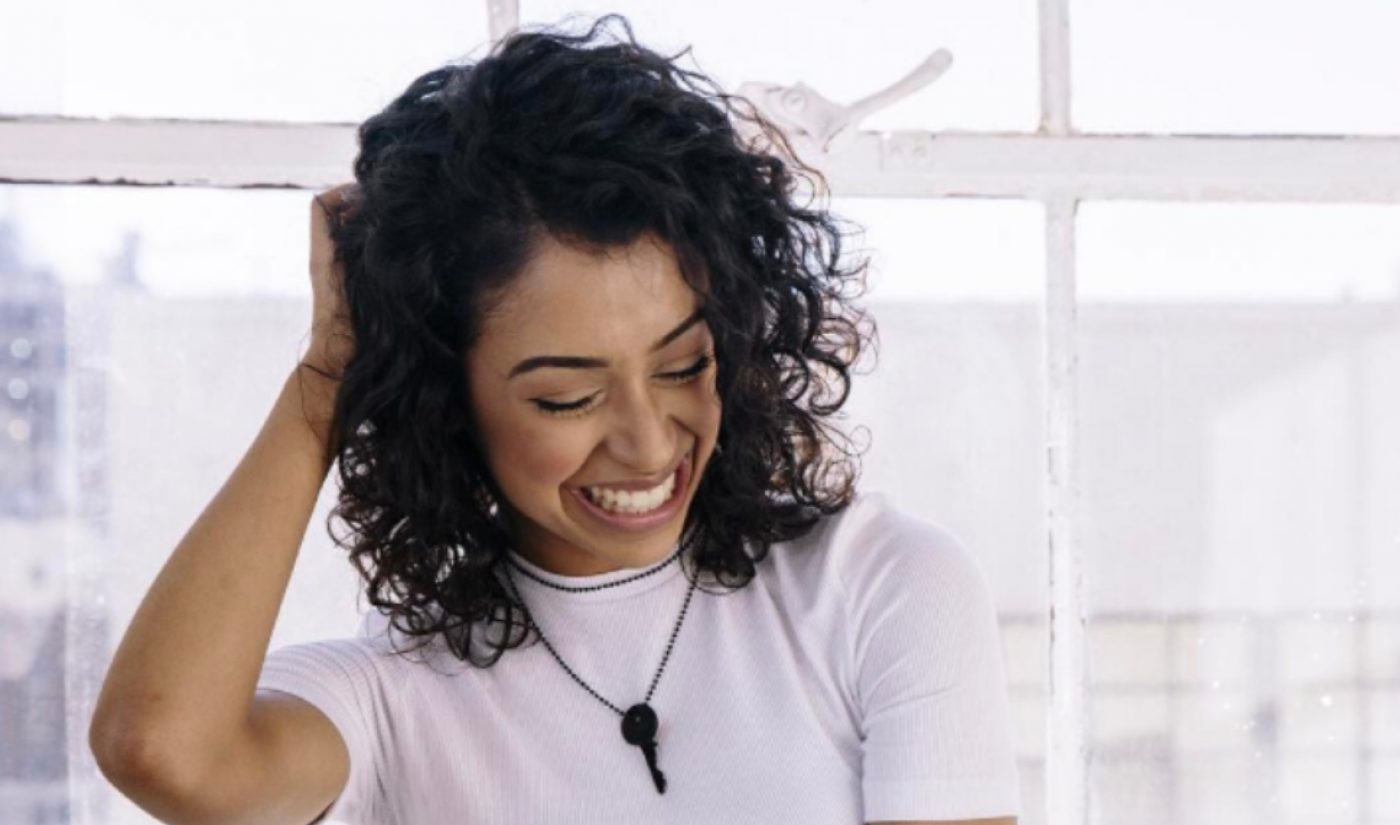 Liza Koshy, who recently picked up three nominations at the 2017 Streamy Awards, continues to be one of the trendiest stars in the social media world, and her latest influencer marketing campaign is using her star power to promote a positive message. She has teamed up with The Giving Keys for a line of necklaces that bear inspirational messages and support job creation for people emerging out of homelessness.

All of The Giving Keys’ necklaces are stamped with individual words of encouragement for their wearers. For her line, Koshy has chosen the words “trust” and “brave.” Her jewelry is available in two styles, which retail between $42 and $45. A portion of any profits The Giving Keys takes in supports the company’s “pay it forward” mission.

Koshy’s partnership with The Giving Keys was born out of a meeting between the YouTube star and the jewelry company’s founder, Caitlin Crosby. “We started talking about a collaboration and what she wanted to put into the world and obviously we wanted to put all sorts of good words and intentions,” Crosby told WWD. “She decided she wanted to focus on the words ‘Trust’ and ‘Laugh.’”

Beyond her numerous brand partnerships, Koshy has also unlocked a number of off-YouTube opportunities thanks to her digital stardom. Among other partnerships, she was recently named as one of the hosts for MTV’s reboot of its TRL talk show.

The Giving Keys is promoting Koshy’s necklace line through its Instagram account, which it has used to hawk many of its influencer marketing campaigns. Its previous partners include actress Jade Pettyjohn and musician Luke Pell.

Introducing The Limited Edition Liza Koshy Collection, featuring all-new products in LAUGH + TRUST. We’re excited to collaborate with YouTube icon @LizaKoshy! If you haven’t seen her channel yet, trust us, she’ll keep you laughing. 🔑✨ . . . Shop the collection through the link in our bio!