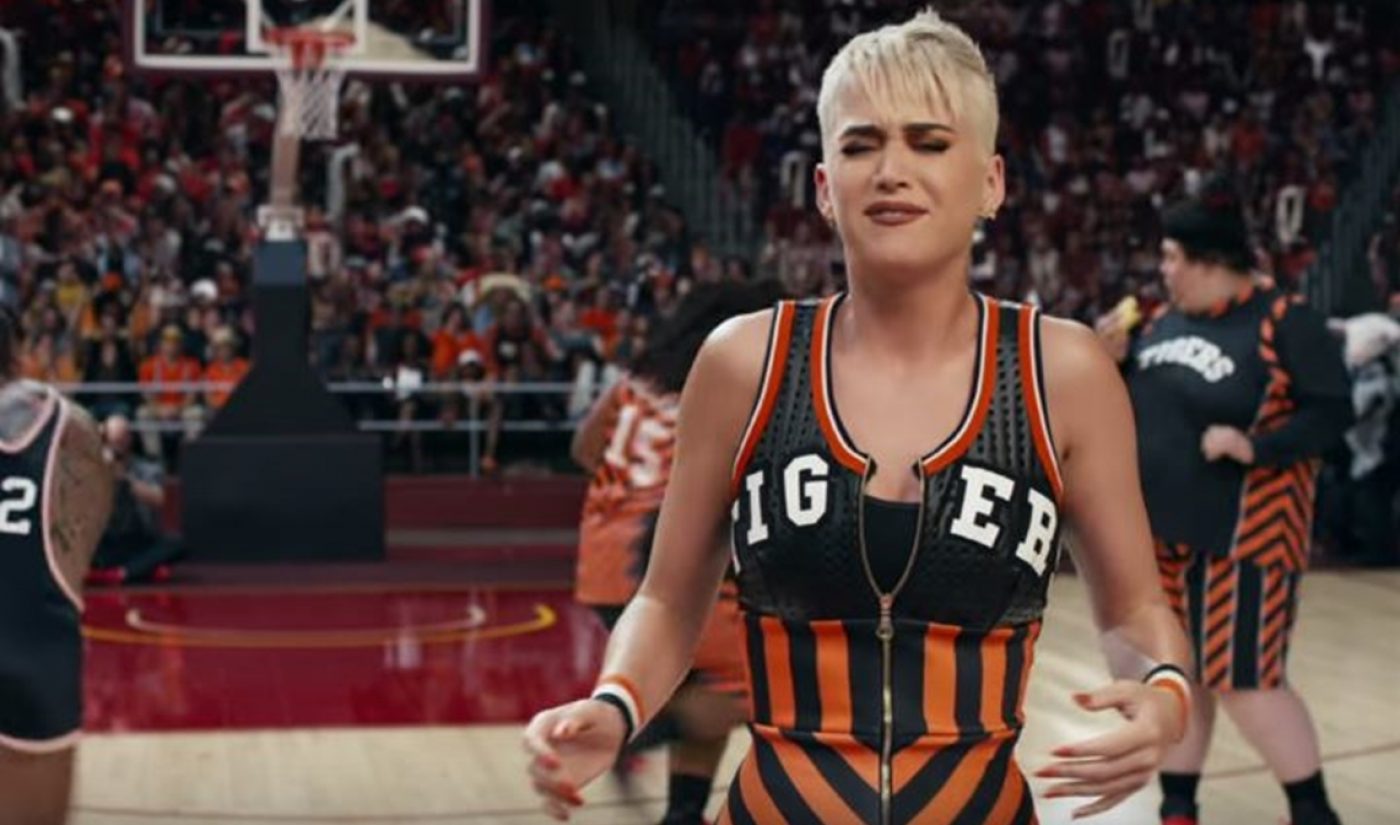 Katy Perry is looking to the vlogosphere for her latest star-studded music video, which is slated to feature Molly Shannon, Terry Crews, and Christine Sydelko — a Vine star-turned-YouTube vlogger who counts 836,000 subscribers on her buzzy flagship channel alongside fellow creator Elijah Daniel.

The video for Perry’s upcoming single, Swish Swish, looks to be a basketball comedy about a team of misfits, according to a new teaser the singer released earlier today.

Other guest stars in the Swish Swish music video include Game Of Thrones actor Thor ‘The Mountain’ Björnsson, Glee’s Jenna Ushkowitz, Gaten Matarazzo of Stranger Things, sportscasters Bill Walton and Rich Eisen, and Nicki Minaj. And this isn’t the first time that Perry has looked to the world of YouTube to populate her high-profile music videos. Back in 2011, she tapped Rebecca Black, of Friday fame, to star in the video for Last Friday Night (T.G.I.F.).

Perry’s music videos tend to be massive events on YouTube: her last video for Bon Appetit in May smashed the record for the most-ever video views in 24 hours.