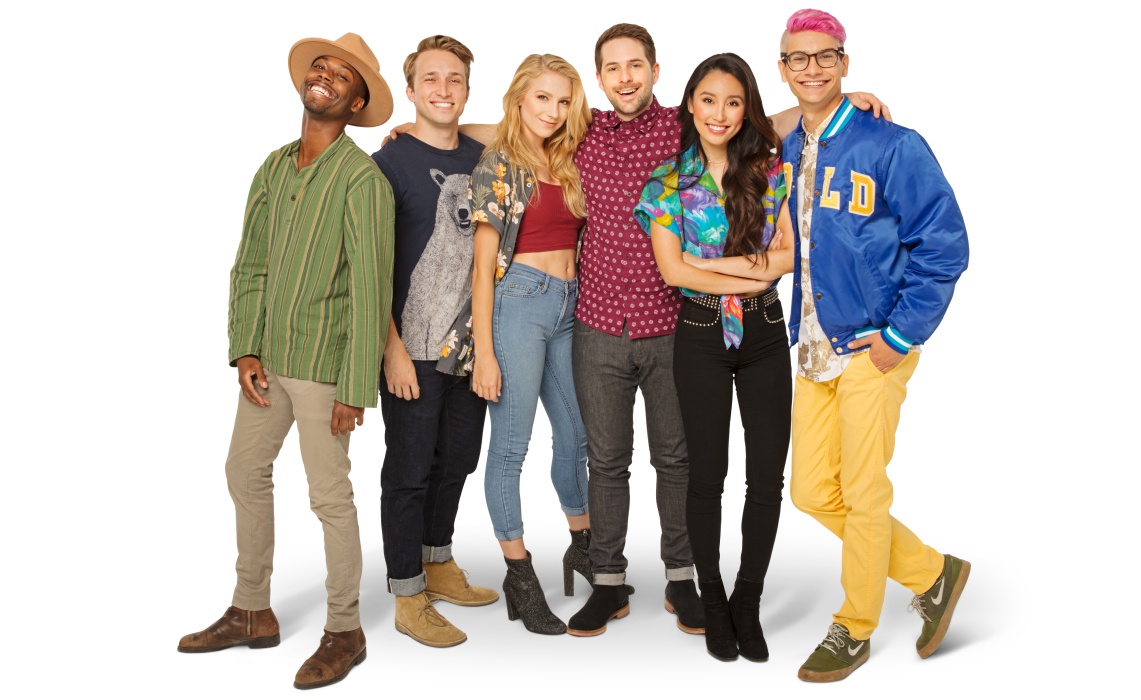 An update to the Smosh brand that has been rumored for months is set to become official. The comedy network owned and operated by Defy Media has announced that it will rebrand one of its YouTube channels as The Smosh Pit. As part of that move, it has launched a slate of seven shows, all of which will be hosted by Smosh’s growing cast of funnypeople.

The channel that will turn into The Smosh Pit began as a home for vlogs hosted by Smosh co-founders Ian Hecox and Anthony Padilla. In 2011, that hub began to host episodes of Smosh Pit Weekly, a commentary show hosted by Mari Takahashi. Smosh Pit Weekly lasted for close to 200 episodes before releasing its final installment in 2015, but with Hecox’s channel now adopting the Smosh Pit name, its titular series will return, with Takahashi once again assuming host duties.

Other shows that will be available through Smosh Pit include programs dedicated to nature, science, and songwriting, as well as typical YouTube fare like vlogs, question-and-answer sessions, and behind-the-scenes content, all delivered with Smosh’s trademark sense of humor. Some of this programming has already arrived; actor Shayne Topp, has hosted episodes of Smosh Lab, which premiered in 2016.

For Smosh, the announcement of new Smosh Pit programming comes two months after Padilla opted to leave the brand he helped make famous in order to pursue personal projects. Meanwhile, Smosh is continuing on without him, with Hecox and the rest of the network’s cast leading the way.  “Part of what makes the online video space so great is the ability to create what you want and instantly see the fan’s reaction,” Hecox told Tubefilter. “But before the audience sees your content, you have to be happy with it yourself. I consider myself very lucky to be surrounded by some extremely talented people who help ensure that we’re all happy with whatever makes it onto our channel. After these new shows launch on Smosh Pit, we’re going to continue to experiment with more projects and I can’t wait for the audience to see what we do next!”

The Smosh Pit channel has more than 5.3 million subscribers. Here, via Defy Media, are details about the shows those followers can expect to see in the near future:

Special digital celeb guests will join SMOSH cast member Keith Leak Jr every other Monday when they’re given only one hour to create an original song inspired by two random items and a musical genre.

Two Girls. One Show… and Nature – IT’S ABOUT TO GET WILD! Follow along every other Wednesday as our hosts, friends Courtney Miller and Olivia Sui get face-to-face with the finest flora and fauna our wild planet has to offer.

Mari Takahashi (AtomicMari) returns as host to kick-off the reboot of this classic, eponymous SMOSH series. Tune-in every Saturday for our unique take on the internet’s hottest trends, as well as in-depth special reports from rotating members of the SMOSH cast.

The Show with No Name

Comedy and science combine with explosively hilarious results every other Wednesday when SMOSH cast member Shayne Topp enlists the help of real-life scientists to conduct odd and outrageous experiments through the pursuit of knowledge. IT’S LEARNING… ON ACCIDENT!

This Week in SMOSH

Join us every Friday for behind the scenes moments, bloopers, extras, and more from the making of shows released across SMOSH and SMOSH Pit during the week.