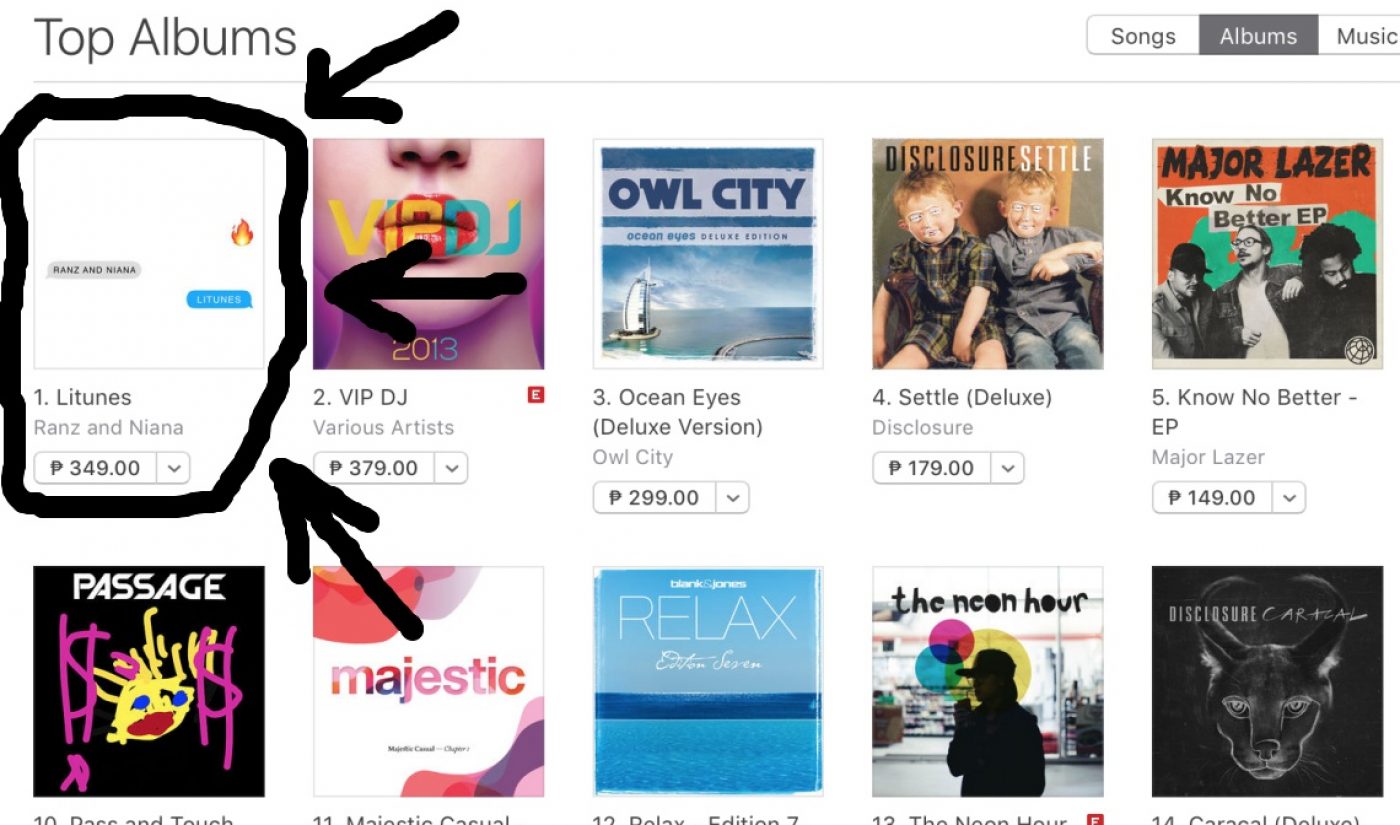 Ranz Kyle and Nian Guerrero, known collective as Ranz & Niana, are two of the biggest YouTube stars in Asia, and their first ever joint album release has made the sort of waves you’d expect from a pair of popular influencers.

The brother-and-sister duo teamed up with the music label Heard Well for a project called Litunes, which reached the top of the iTunes charts in The Philippines, Malaysia, Thailand, and Indonesia shortly after arriving on virtual shelves on August 4.

Litunes, like the other albums Heard Well has produced, is a compilation that is curated by its titular stars. In this case, Ranz & Niana, who are best known for their high-energy dance routines, picked out a few up-and-coming artists and immediately found plenty of listeners in their home region. The image above shows Litunes as the champion of the iTunes charts in The Philippines.

For Heard Well, co-founded by YouTube star Connor Franta, the success of Litunes represents a bold push into the international market. “This is a really big moment for Heard Well,” said the company’s Head of Records and Publishing, Aaron Saltzman. “Western based music companies work tirelessly to find ways to introduce their new artists to foreign markets. Using the power of our social creators, we have taken a compilation of twelve tracks we love, and added the fuel to bring these records to the top of the charts across Malaysia, Thailand, The Philippines, and Indonesia overnight.”

Other creators who have curated compilations for Heard Well include Tyler Oakley and Jc Caylen. Ranz & Niana’s addition to the label’s discography costs $9.99 in the United States.

Ranz & Niana are represented by Amron Lopez at Big Frame.