For Featured Restaurants, BuzzFeed’s ‘Worth It’ Delivers Invaluable Exposure 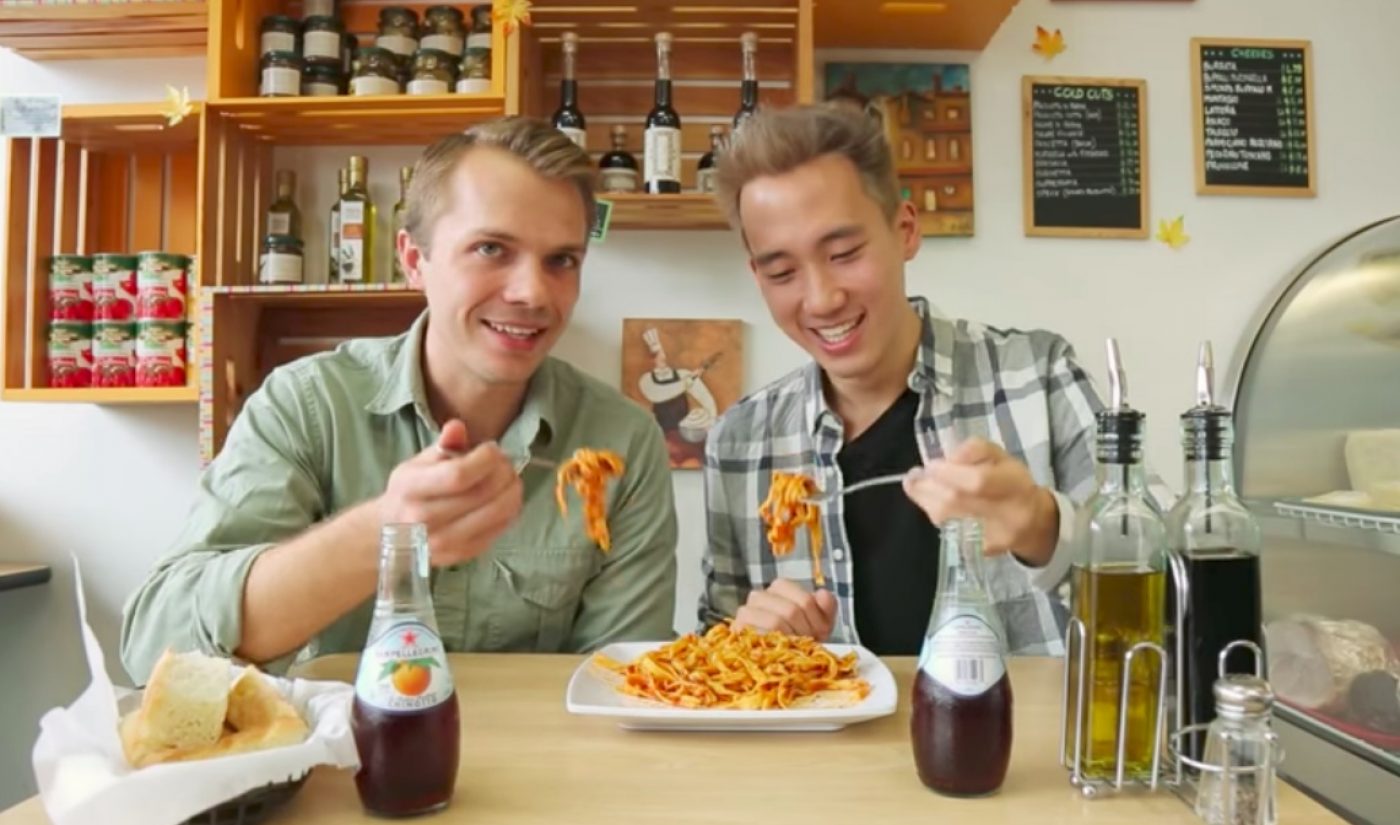 In the fifth episode of the first season of the BuzzFeed web series Worth It, hosts Steven Lim and Andrew Ilnyckyj traveled to three different restaurants in order to try pasta at three different price points. For their first stop, they went to Pasta Sisters, a small, strip mall establishment wedged between a MetroPCS and a donut shop. There, they tried a few reasonably priced pasta dishes and chatted with Francesco Sinatra, whose mother is one of the restaurant’s co-owners. Ultimately, Andrew and Steven chose Pasta Sisters as the episode’s “Worth It winner,” judging its pasta to offer better bang-for-your-buck than the other contenders.

For Lim, Ilnyckyj, and the Worth It production team, that video was just another episode in a series that now counts more than 20 of them. For Pasta Sisters, however, a visit from BuzzFeed proved to be life-changing.

The day the episode arrived on YouTube, Sinatra saw his tiny shop flooded with hundreds of fans. They all wanted to try the Worth It winner, but not all of them would end up getting their wishes fulfilled; by 2 pm that day, Sinatra and his crew were out of pasta.

Pasta Sisters is not the only establishment telling a story like this. Each time a new Worth It episode comes out, interest in the featured restaurants spikes. Dining areas get crowded and patrons arrive from all over the world. Worth It has a tremendous impact on the small businesses its hosts sample, and as Sinatra puts it, such publicity does things “that a marketing team would never be able to do.” It’s like a digital, more millennial-oriented iteration of the Guy Fieri Effect.

Businesses are now starting to show off their “Worth It” cred by putting these stickers in their windows.

The most simple way Worth It’s impact can be measured is by counting the views it receives. The pasta episode has received more than 18 million hits, many of which occurred in the hours after it arrived on YouTube. Pasta Sisters opened at 11:30 that day to a throng outside its doors. BuzzFeed fans would ultimately wait two-and-a-half hours to try the dishes that had been deemed “worth it.” “There were 50 to 60 people inside the deli,” Sinatra said. “We have 11 chairs.”

After running out of pasta on the first post-Worth It day, the team at Pasta Sisters worked 17 hours to make more. The next two months, Sinatra said, would be filled entirely with shifts similar to that one. Even today, he says, the shop is still very busy.

Teresa Ngo, who runs a shop called Blinkie’s that was featured on Worth It’s donut episode, did not see as explosive a response as Pasta Sisters, but being featured by BuzzFeed was still great for business. “We did get a spike on our sales the week right after the airing, maybe 15 to 20%,” Ngo told Tubefilter. “Now Buzzfeed still gets mentioned but not as regularly.”

The BuzzFeed fans who now frequent these restaurants are not just numerous; they’re also as determined as we’ve come to expect them to be.

In its business presentations, the media company touts its ability to connect with its viewers on a hyper-specific level and connect to the passions they hold most dear. In the case of Worth It, the passion is food, and the viewers are willing to come from all over the world to sample the items that look the best to them. “I have people coming from Australia, from Denmark, from Germany, from all over the world,” Sinatra told Tubefilter. Ngo’s BuzzFeed audience is similarly international. “It’s 95% millennials,” she said. “We have had people from Dubai, Australia, Philippines, China, Japan, Chile, Argentina, and all of Europe.”

There’s no detail that better underscores the passion of Worth It fans better than Sinatra’s anecdote about a man who came into Pasta Sisters shortly after the shop’s episode arrived. The guest flew from Albuquerque in the morning, arrived in Los Angeles, ate a plate of gnocchi for lunch, and then turned around flew back home, all in a single day. “That was the most expensive plate of gnocchi I ever sold in my life,” Sinatra said.