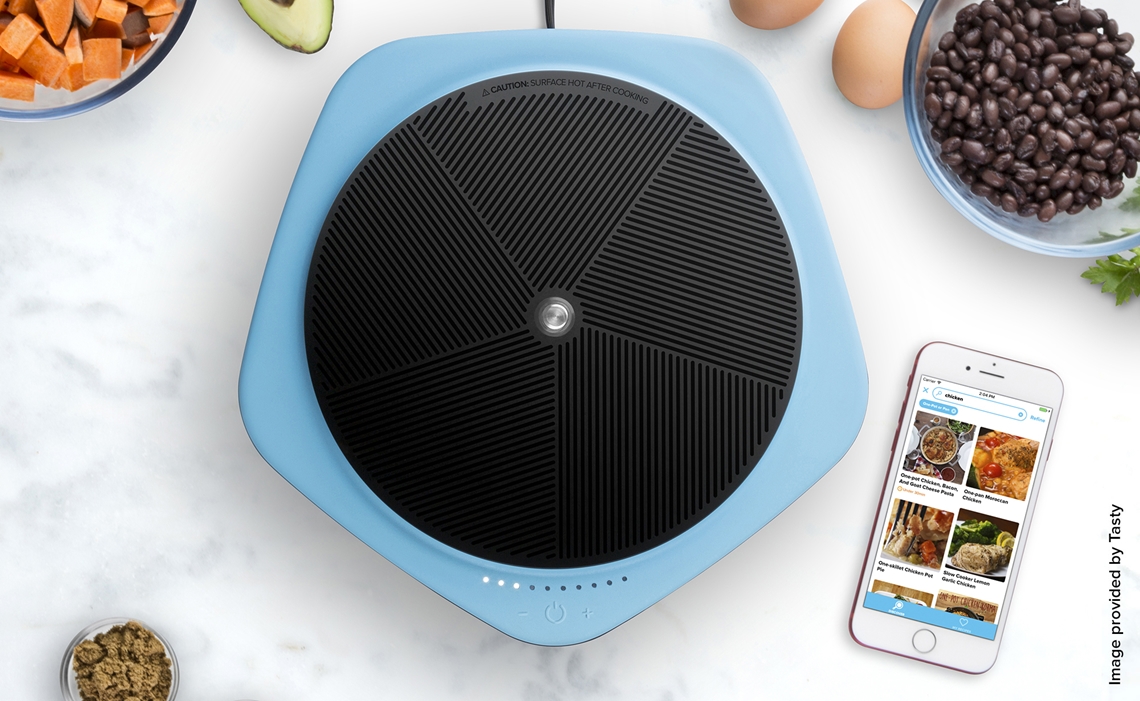 Tasty is celebrating its second birthday this month in epic fashion with the launch of a previously-rumored standalone app as well as the viral recipe brand’s foray into smart appliances: the Tasty One Top — a bluetooth-enabled induction cooktop.

The One Top, priced at $149 and available in both blue and black color schemes, can be operated in conjunction with Tasty’s new iPhone app (an Android version is coming) to concoct the roughly 1,700 recipes offered within. The gadget ships in November, though the app is available right now. It enables fans to engage with Tasty in new ways, according to the company, including searching for recipes based on available ingredients, time of day, social event, difficulty, speed, and dietary needs.

The OneTop is available for preorder here, and can also be purchased alongside a set of four proprietary pots and pans for $184. In addition to automatically adjusting power and temperature settings in conjunction with each selected recipe, the One Top can handle myriad cooking techniques, including pan frying, slow cooking, and sous vide. 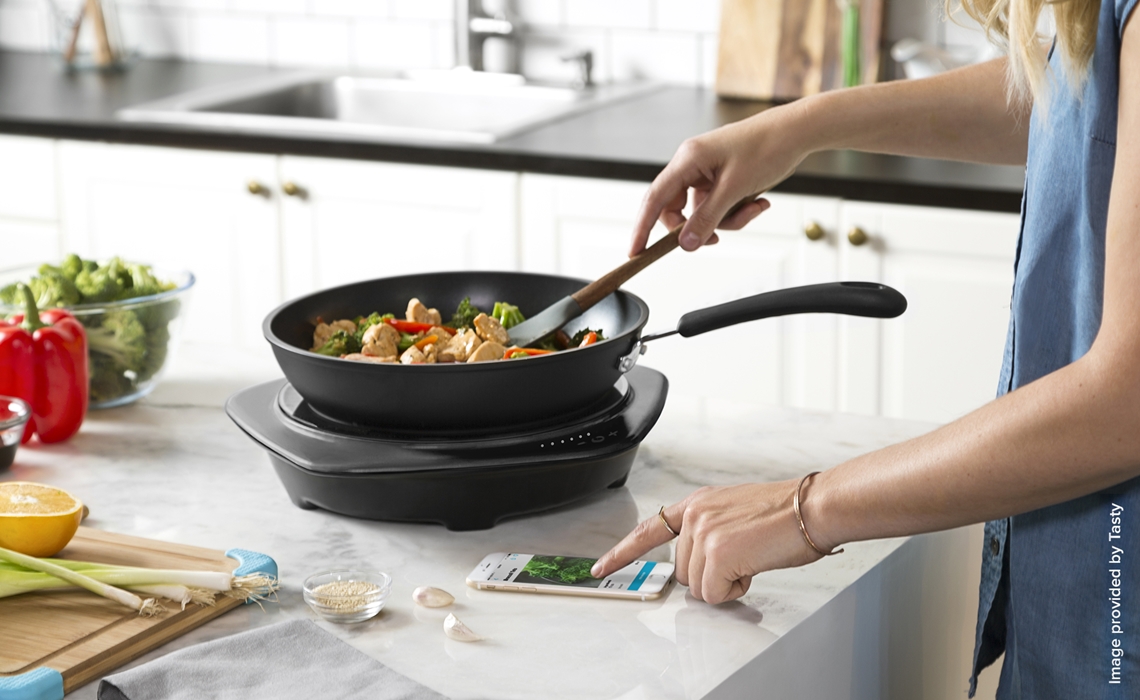 The device was designed by BuzzFeed Product Labs — the company’s physical products and social commerce division, which was behind Tasty’s inaugural physical product, a customizable cookbook, as well as parent company BuzzFeed’s Homesick Candles range. BuzzFeed Product Labs teamed with GE’s First Build maker community on the One Top, and it features tech that can track the surface temperature of pans and pots, as well as an included thermometer to trace internal food temperatures.

“In two years, Tasty has reimagined the recipe format as a visual, shareable and interactive medium, democratizing food and making cooking more accessible, social and fun in the process,” said Tasty general manager Ashley McCollum. “The Tasty One Top and app demonstrates our commitment to the intersection of content and technology, marking the beginning of the next step in the evolution of our business as we expand into new ways of using technology to bring people together around food.”