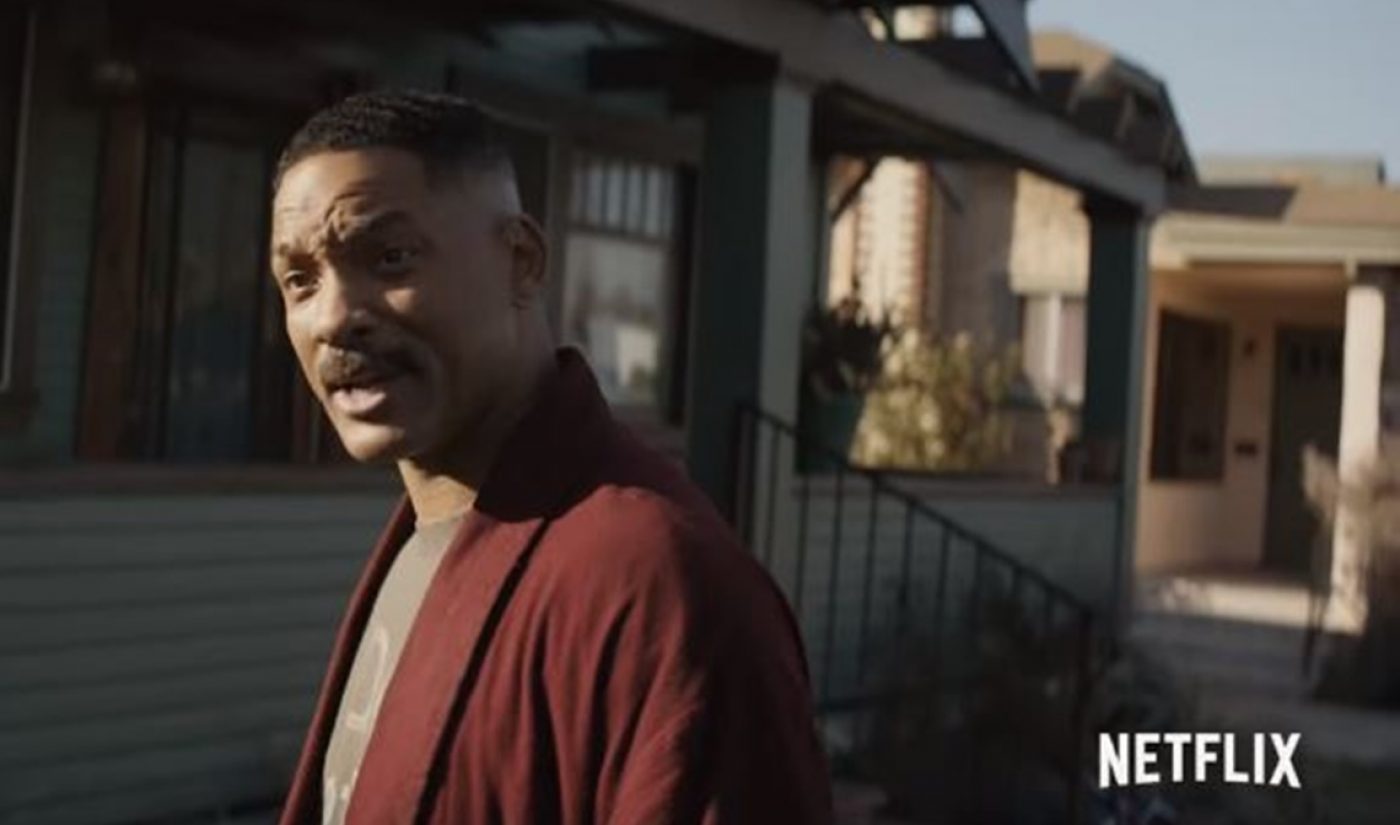 Netflix has unveiled the trailer for its most expensive bet yet for a feature film: the $90 million sci-fy odyssey Bright starring action hero Will Smith. The film, Netflix’s first stab at bringing a blockbuster into the streaming fold, will debut on the service on Dec. 22.

Bright takes place in a future where humans coexist alongside orcs and elves. Smith plays a human cop who must work alongside an orc (Joel Edgerton). One evening on patrol, they stumble upon a magical wand with world-altering powers. Bright was directed by David Ayer (Suicide Squad) and written by Max Landis (American Ultra). The film also stars Noomi Rapace, Lucy Fry, Edgar Ramirez, Happy Anderson, Kenneth Choi, and Ike Barinholtz.

Check out the trailer, first unveiled during a panel yesterday at San Diego Comic-Con, below: