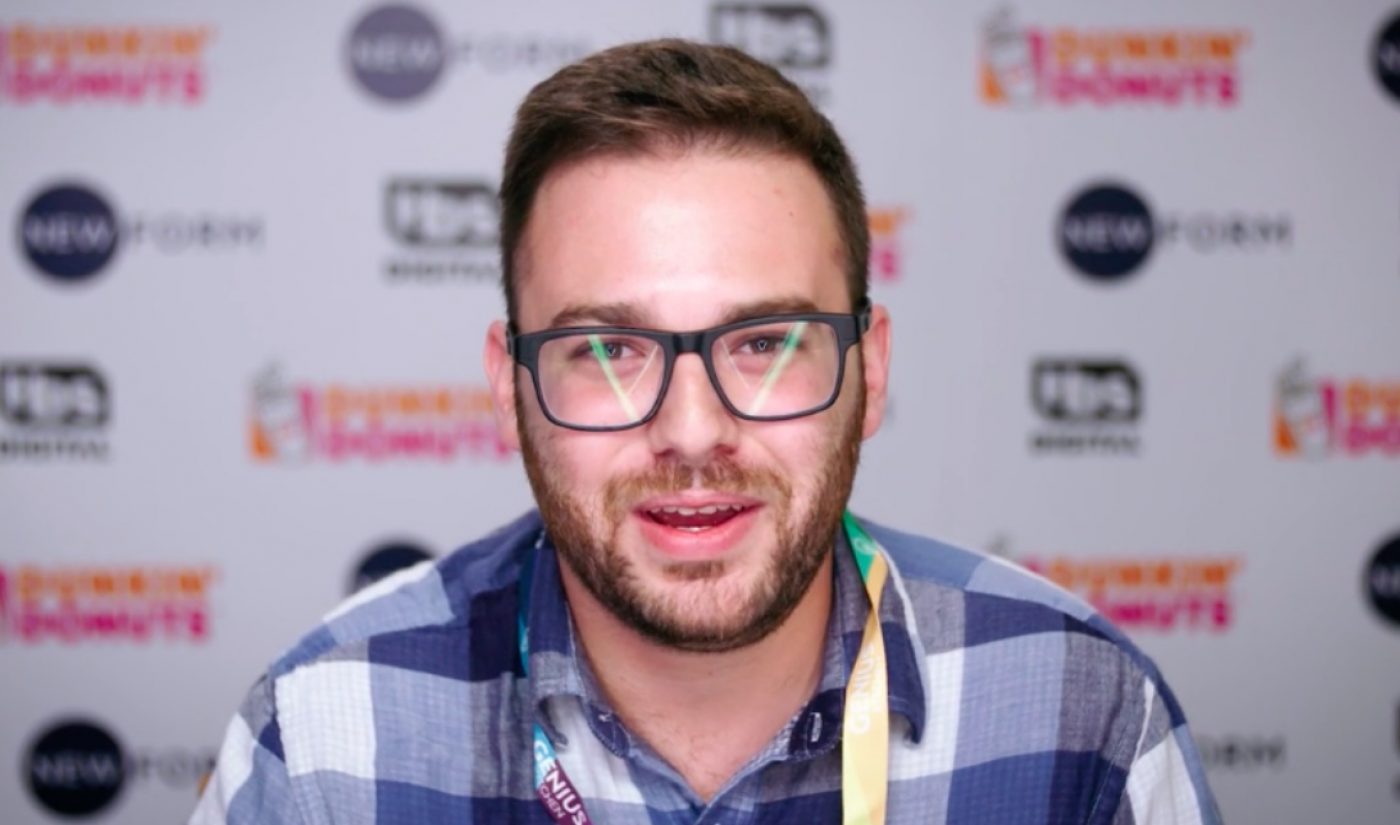 During this year’s VidCon, production company New Form teamed up with TV channel TBS and breakfast chain Dunkin’ Donuts to launch Pitch To Pilot, a campaign that would give one winner the chance to produce a pilot for TBS’ digital platforms. Now, the victorious project has been announced: It’s Talking To Myself, a series that comes from creator Eric Jaffe.

In Talking To Myself, creators will track down people who share their names and sit down with them for a conversation. As Jaffe explains in his pitch video for the series, this format has the chance to unite people who hail from disparate backgrounds. The encounters between the homonymous individuals will be fueled by caffeine, since Dunkin’ Donuts has been promised a brand integration within the winning show. Here, the tie-ins will likely be seamless, since coffee happens to be a great catalyst for conversation.

Pitch To Pilot- Eric Jaffe from New Form on Vimeo.

“I couldn’t be more excited to be working with everyone at New Form, TBS and Dunkin’ Donuts to develop and produce this show,” said Jaffe in a press release. “With all the talk about social bubbles these days, it’s exciting to work on a concept that bridges people from all walks of life. This opportunity is a dream come true for me and I can’t wait to see what we create.”

To win Pitch To Pilot, Jaffe beat out nine other finalists, all of whom pitched their projects to New Form, TBS, and Dunkin’ Donuts during VidCon. From that group, a panel of executives from the participating companies selected Talking To Myself as their choice.

Talking To Myself will not be the first partnership between New Form and TBS. They previously linked up to give a TV deal to Final Space, an animated series helmed by YouTube star Olan Rogers.