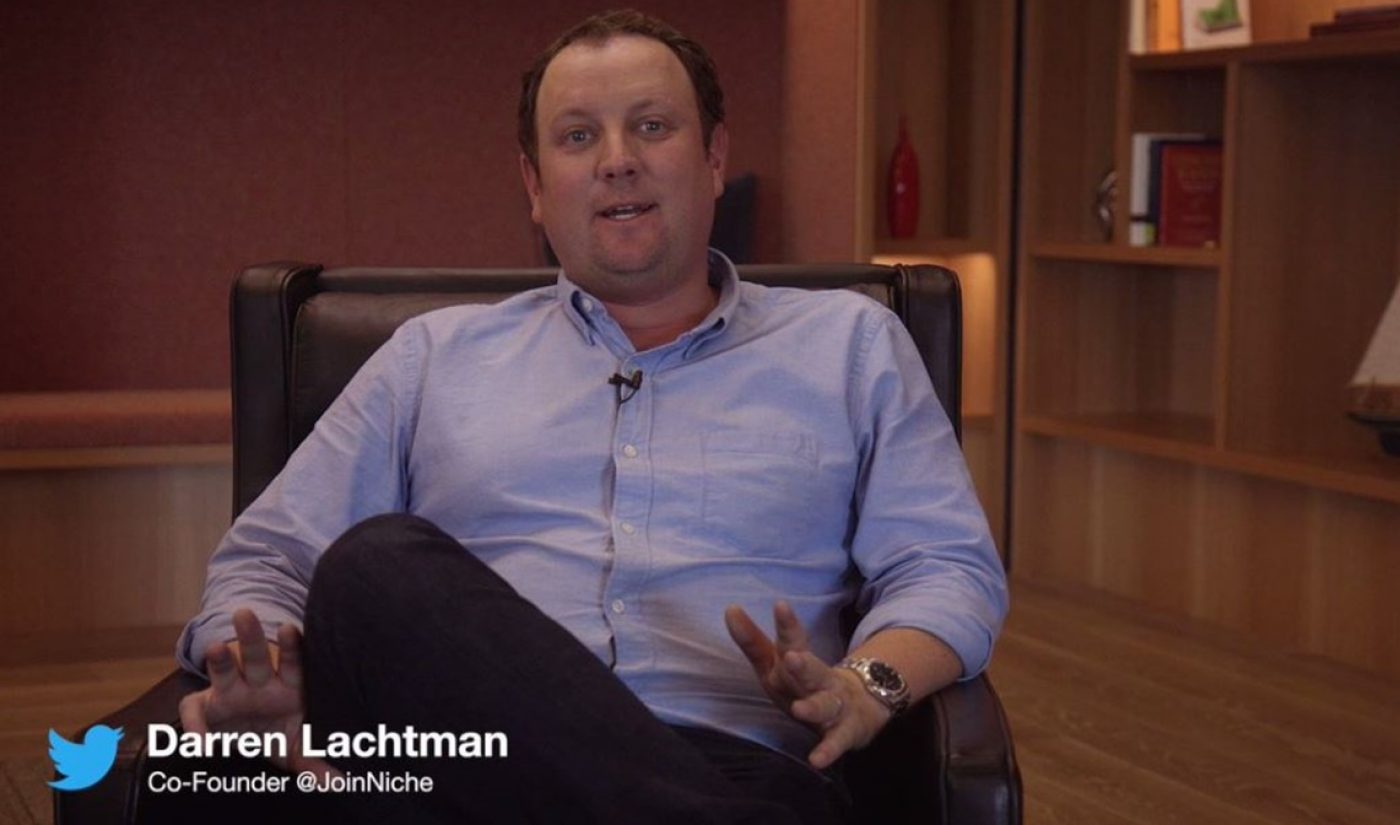 Niche, which formerly acted as a matchmaker between creators and brands on Twitter’s now-defunct Vine micro-video app, continues to arrange these deals on Twitter proper as well as on third-party platforms like Instagram and Snapchat. Niche has generated more than $200 million in revenue for Twitter since its acquisition, according to a company email announcing Lachtman’s departure obtained by Recode.

Twitter’s director of global partnerships, Nick Millman, will lead Niche going forward, while Niche’s former head of content strategy, Kristen Lachtman, will head Niche in the U.S. The company represents 50,000 creators and operates seven offices around the world, Lachtman shared in a goodbye message on Twitter earlier this afternoon.

Today marks the end of an amazing journey with @JoinNiche @Twitter pic.twitter.com/q8Ac2wIQRJ