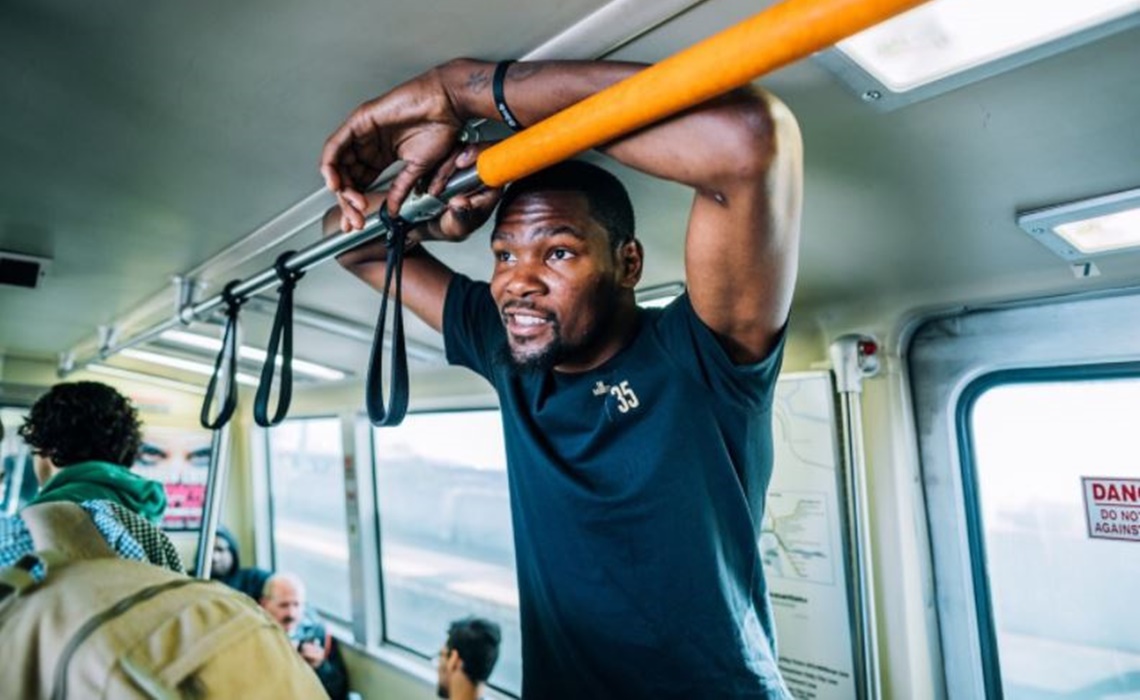 NBA superstar Kevin Durant launched his very own YouTube channel in April leading up to the 2017 NBA Playoffs, and the venture is already growing at an exponential rate — to the tune of 360,000 subscribers in just three months.

On the channel, Durant is experimenting with a variety of different mediums, including live streams, vlogs, and a premium web series called Still KD, providing a glimpse behind the scenes at Durant’s playoff journey. The most recent episode of Still KD, however, happens to be Durant’s most ambitious video to date: a 35-minute documentary titled Through The Noise, chronicling his move from the Oklamona City Thunder to the Golden State Warriors — with whom he won his first NBA championship last month as well as the illustrious MVP award.

Check out the Nike-sponsored project — which features interviews with Durant’s coaches, trainers, and his mother, Wanda, as well as a soundtrack featuring J. Cole and Kendrick Lamar — in full right here: