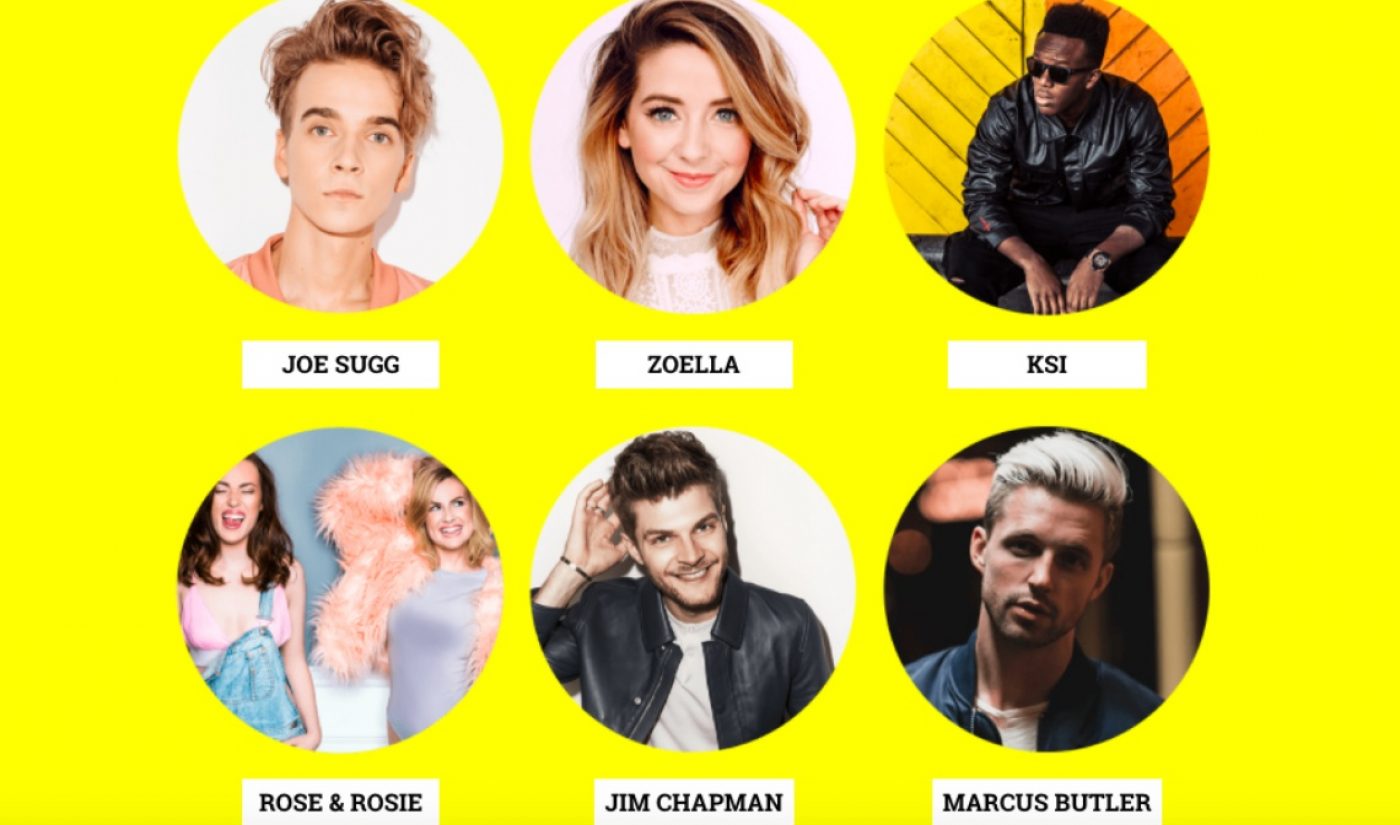 A two-day bash will give online video fans in Birmingham a chance to witness their favorite online video stars in real life. The English city will play host to HelloWorld, which will bring together some of the UK’s top YouTube stars for a series of performances, skits, and interactive engagements with fans that will take place on October 28 and 29, 2017.

The list of creators who will appear during HelloWorld includes Caspar Lee, Jim Chapman, Joe Sugg, Louise Pentland, Marcus Butler, KSI, Alfie Deyes, Rose & Rosie, and Zoella, all of whom are among the biggest YouTube stars in the UK. Additional talent is expected to be added to the guest list in the coming weeks.

The creative team behind HelloWorld is led by Paul Caslin, who has experience in the world of Gen Z entertainment thanks to his work on the MTV EMAs. “HelloWorld is without doubt the most ambitious and exciting project I’ve ever been involved in,” said Caslin in a press release. “The aim is to create the world’s first fully immersive live show featuring the biggest online and social media talent from across the globe all under one roof. Think Woodstock for the iPhone generation.”

Caslin believes HelloWorld is ambitious, and he’s not kidding. Beyond musical performances and comedy showcases, the event will also include games, parades, bake-offs, fashion shows, signings, and talks. Birmingham’s Genting Arena will be transformed into a so-called “Main Street,” where the featured creators will entertain their fans during a pair of four-and-a-half hour shows.

Tickets for HelloWorld go on sale on June 29th at 9 am GMT. The most basic pass for the event costs £27.50.