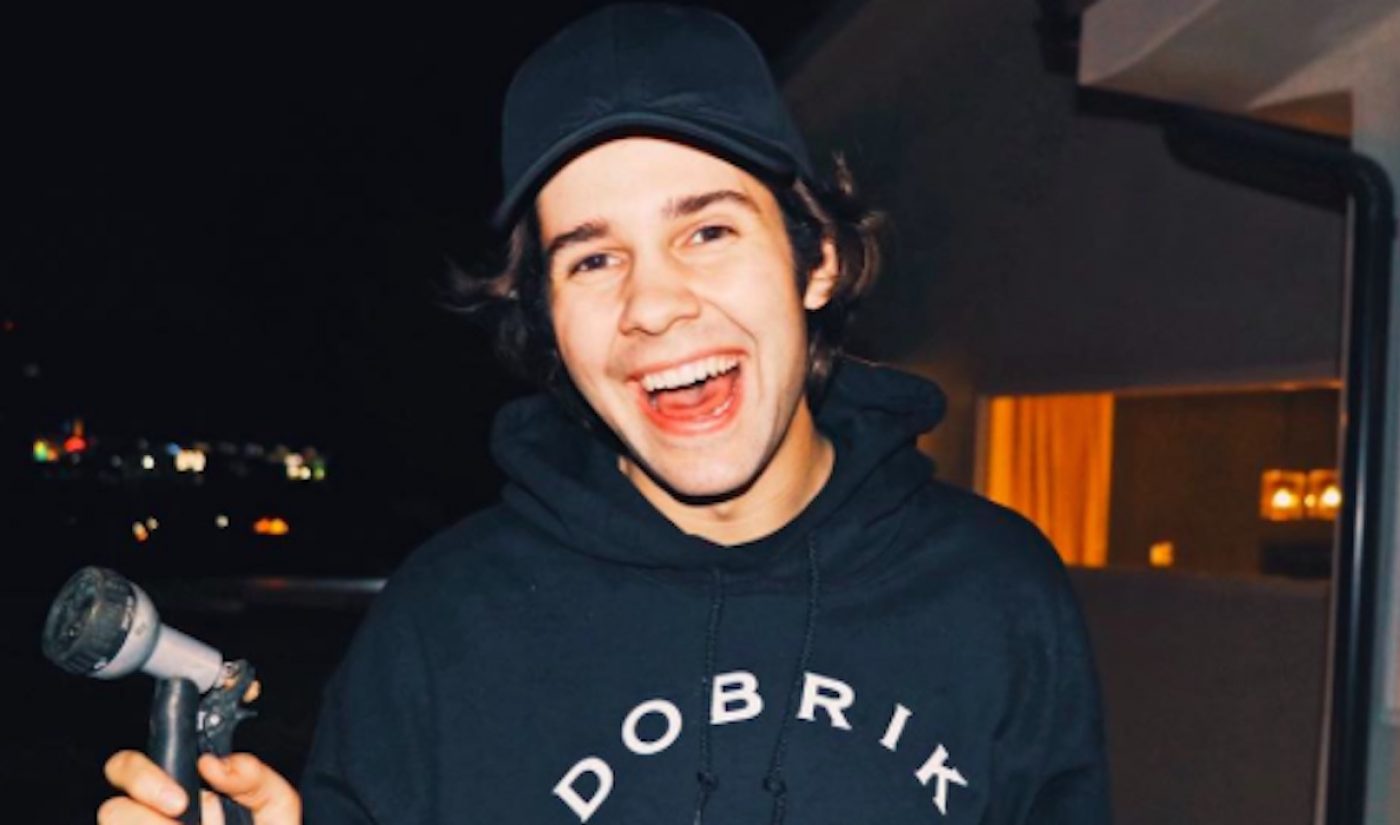 David Dobrik, the buzzed about 20-year-old YouTube vlogger, has been busy. Not only has the former Vine star successfully transitioned to YouTube (where he now has over 4.2 million subscribers) and launch a popular podcast, but he is now also joining the live streaming platform, Live.me.

Dobrik begins streaming today from VidCon, where he will reflect on the past year and be joined by some friends. Those appearing on Dobrik’s first Live.me broadcast have yet to be announced, but he does have plenty of fellow YouTube collaborators to choose from. For instance, Dobrik recently launched the aforementioned podcast, Views, with comedian and online star Jason Nash. It has reached the top of the iTunes charts over the past months. He also collaborates regularly on his YouTube channel with creators like Zane Hijazi and other individuals pictured on this billboard Hijazi put up in LA.

Fans will be able to see Dobrik’s live videos on Live.me on an at least weekly basis for the foreseeable future. But Dobrik won’t just be broadcasting from the platform. He’ll also be using the platform’s newer, short-form video feature. Like Vine—RIP—before it, Live.me’s Shorts lets users create brief videos, between seven and 17 seconds long. Unlike Vine, creators can add stickers to their short videos, as well as filters and voice effects.

Live.me, which came out of China-based Cheetah Mobile, launched in April 2016. In its first seven months, it reportedly paid out over $1 million to creators through its unique gifting economy.